Continuing the discussion from Games You Played Today: 358 Threads Over 2 - #5129 by Tulpa.

Games With Cheese You Played Today

There’s kind of an entertaining racer underneath that, though 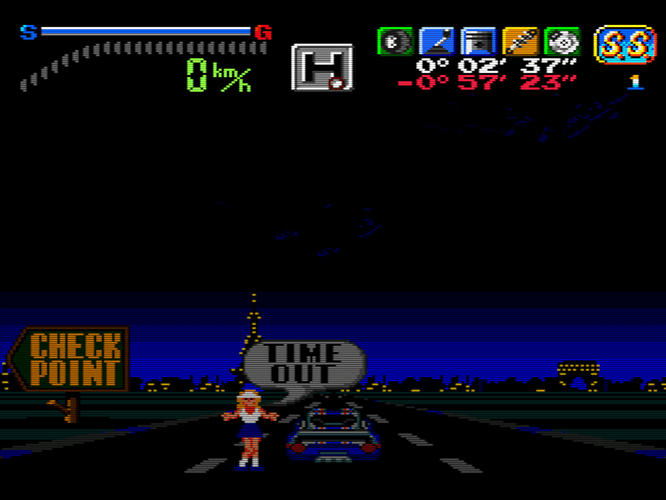 Victory Run on PCE, it has a wierd system, each parts of the car has a status point system, eg if your gear shift was turn red (I guess it turns to zero), that’s mean you couldn’t up your shift and drive the car in lowest speed.

if i remember right, it also has a day/night cycle that’s based on how long you’ve been playing, rather than having the sky change from stage to stage. it’s a game with a lot of ideas

maybe it’s a joke i don’t get, but this just seems like a reference to modern culture i am trying to ignore?? Fearless (Taylor's Version) is the first re-recorded album by American singer-songwriter Taylor Swift, released on April 9, 2021, through Republic Records. It is a re-recording of Swift's second studio album, Fearless (2008), and the first in the series of six re-recorded albums Swift has planned to release, following the dispute regarding ownership of the masters to her first six studio albums. Consisting of re-recorded versions of all of the 19 tracks from the Platinum Edition (2009) of Fea...

Just me trying to make a cheesy “topical” joke

been playing A Short Hike on the switch lately. It’s a very “breezy” type of exploration game. All non violent, some fun minigames, fixed camera and no map. It’s like it was made for me. It’s no GOTY, but it is very joyful.

When I was rambling last thread about mobility and pacing being the point of open world games, I thought about A Short Hike too. That game is breezy for sure. Fun to explore too. Blessedly short as well. It’s basically a collectathon game, and maybe the only one I ever really enjoyed playing.

I beat Dark Souls II. It’s a very good video game with a lot of bad parts that frustrate the hell out of me. Best level design in the series so far

draw-distance-fog level with a bunch of invisible enemies? mwah

After not really playing anything recent this whole year aside from GG Strive and one session of Splitgate, I decided to see what I missed. Turns out, not much! I mean, I’m doing a sprint of smaller, lauded titles so there’s probably some other things that stand out.

I started with Echoes of the Eye, which probably gave me too optimistic an outlook for the other games I would be delving into. It was about as perfect an addition as could be possible for Outer Wilds. I played so much within four days that I dreamed about it, which was a little unsettling given the material. It is great.

I followed that up with Inscryption which really left me wanting. I thought the start was very strong but that its mechanics and narrative didn’t develop meaningfully afterwards. All in all, it was fine.

Wanting for more of an emotional heart, I then jumped into Unpacking. This really reminds me of florence with its blurry, stereotyped characters. It wound up boring me. After the fourth time putting nail clippers into a vanity drawer, I called it quits.

Now I’m trying to compensate for that game’s a lack of detail with Black Book, but I don’t know if I have more stamina in me to keep playing games before I go back to work.

There were some moments here and there where I thought, “Why am I doing this? Why am I spending time with these.” I’ve been getting a lot more fulfillment out of movies lately and it’s hard for me to think of my time spent with games as a fair trade.

Dark Souls 1 is perfect in every way, but I love all the weird systems-design choices they made in 2 while still keeping the overall combat flow the same. The new covenants are cool and interesting (Rat King!!!), there’s a wider variety of approaches, there’s fun environmental puzzles, THE GENDER CHANGE COFFIN, etc. I like it a lot more than 3 because, unlike 3, it maintains the slow and steady pace of Demon’s / 1.

There were some moments here and there where I thought, “Why am I doing this? Why am I spending time with these .” I’ve been getting a lot more fulfillment out of movies lately and it’s hard for me to think of my time spent with games as a fair trade.

I thought I liked movies better but I had’t played a game since Friday and was incredibly cranky which was the same the whole month my wrist hurt. The very act of video game must be doing some necessary brain defragmenting.

I watched 3 movies! But that was worthless for my mental state compared to…what even did I play last night? 20 minutes of Disco Elysium before getting sleepy?

Oh yeah I picked up that space invaders collection. I should have looked it more carefully because this only had 3 mobile ports and none of the Arcade Games. I’ve played Gigamix as intended! There is almost no point to playing it outside of that circumstance.

You play Arkanoid versus Space Invaders with the PS Trackpad I’m not going to play a mobile game on my television!!

The Rat King kind of fails because the areas are completely optional. I tried for two month to complete the RK Convenant at release and once players realized the reward wasn’t worth it no one entered that area.

I never got people at the Grave of Saints one, but the Doors of Pharros sees a lot of activity bc it’s on the way to the castle, and is also full of water so people move slow and are easy to kill lmao. I didn’t have any trouble finding victims in my most recent playthrough (a year or two ago). Also I like Rat King cuz it doesn’t punish the person “being invaded”, since they are technically summoned to YOUR world. Very low-stakes PvP.

yeah i feel this too, it’s kind of interesting. it’s hard to see the actual value of games for me but i know that it’s doing something important

FH5 is good, but it’s also so saccharine sweet that it starts to make you feel sick after a while. This is the perfect Gamepass game.