After having played several adventures in the last months, and after having done a marathon with Monkey Island 1, 2 and Return in the last week, I felt compelled to create a thread to see which are our favourite point and click adventures. I have played my good share (still wanting for more!) and I wanted to create a place to collect our favourite ones (or our experiences with the genre).

I see decent “best of” lists such as in Rockpapershotgun but in the end, despite their attitude to sound authoritative, often I end up not trusting them.

Here are my favourite ones:

Gabriel Knight: probably my favourite as of today. The protagonist is an obtuse asshole but this is made in a very funny way, the story and puzzles are very good. The old woman who does the narrator sounds like she’s going to die in a moment, and this makes it even more surreal and fun.
Broken Sword: wonderful, very complete and fulfilling adventure.
Syberia: I played this in French and the protagonist is charming. English localization destroys her personality. The game is surreal and beautiful.
Indiana Jones & The Fate of Atlantis: this was probably my most loved game when I was 10 years old or so.
Technobabylon: a wonderful sci-fi adventure, with lots of charm and a beautiful setting. I hope they will manage to make a sequel.
Blade Runner: I remember when I played it I liked it almost more than the movie (which I love).
Blackwell: very long, but very special. It’s better than the author’s subsequent work (Unavowed). It touches some serious theme and the tone is very good
Monkey Island 2 Special Edition: very charming, quite difficult. Puzzles are complex and sometimes distributed across islands, but well integrated. The special edition has great graphics and a great action menu.
Monkey Island Special Edition: I had to play the game in this form because I hate the verbs based interface too much. The first half is wonderful, probably the peak of Monkey island. The latter is a bit blander, but still enjoyable. It’s a lovely game. The graphics are less charming than the Special Edition of MI2 and the action menu is worse as well.
Grim Fandango: very charming art style. I have fond memories of it, but it’s been a bit too much and I must replay it.
Loom: it’s a small piece of art. I really love it even if it’s not as complex as the others.

Return To Monkey Island: the art is great and it feels like a natural follow-up to 2. The second half is a drag, although it still has high points.
Monkey Island 3: going by memory, I liked it very much. I should replay it.
Sanitarium: lovely weirdness. It’s a must play even just for that.
I Have No Mouth But I Must Scream: really strange situation. It’s obtuse, hard to play (because controls are not very good) but it has an exceptional setting, atmosphere, characters and tone.
Lamplight City: a beautiful, lengthy detective story. Not always original but often charming, and the dialogues are good.
Shardlight: maybe too short, but memorable.
Day Of The Tentacle: I liked the creativity of the puzzle but, probably because I did not play Maniac Mantion, the characters and setting did nothing for me.
The Procession To Calvary: not great from the point of view of puzzles, but very funny and short.
Broken Sword 2, Syberia 2: neither is as good as the respective first chapter. BS2 has a less special story and has a bit bland ending; Syberia 2 is less magical and a bit too boring compared to the first one.

Unavowed: it starts in a great way, but soon loses value as it leans too much towards fantasy, and the script is a bit pedantic and overwritten.
The Dig: actually I remember this was a good game, but it did not stick in my memory.
Primordia: I hated the puzzles and I felt it was underdeveloped. I know others might have a different opinion on it.
Full Throttle: I played it few years ago, but I have the same problem as I had with The Dig, with the difference that I felt it was a bit less good than The Dig; it did not stick either.
The Shivah, Gemini Rue: the worst output from Wadjet Eye games, among those I played. Not bad, but Shivah is really too short, while Gemini Rue was not very enjoyable for me.
Zack McKracken: a bit divisive, some consider it one of the best Lucas games, others don’t like it. It did nothing for me.

I really liked Time Gentleman, Please back in the day but i have no idea if it holds up or not. I’m not much of a point n clicker otherwise

Now I am playing The Longest Journey for the first time, and it has a very beautiful atmosphere.

See this link for my frothing for Quest for the Orb…

One Game For SButt To Play King of Posters

I love Bernband. Feels way more like dreaming than LSD Dream Emulator ever did. It also makes good on the memory I had of playing Another World on Amiga as a kid and looking out a window and seeing a huge city and wanting to explore it. I wish there were more games like it!! Games with the feeling of accidentally stumbling into a lecture already in progress and staying for no other reason than to exist in a place for a time that you normally would never be… if that makes sense!! Def hyped to pl…

Very interesting, and I see that it works with Scummvm, so I can load it on my Switch (or an Android phone) to play it portably

Full Throttle will always hold a special place in my heart. More recently I have enjoyed:

I absolutely adored Zak McKracken but it is very ‘of a time’ and that time is very much over and has been for decades.

Blade Runner: I remember when I played it I liked it almost more than the movie (which I love).

Right? I remembered loving this game when I was a kid only to find it is even better now than it was then.

It is also one of my favorite games 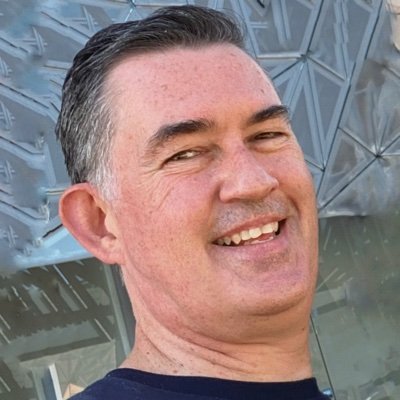 @JohnPassfield
Will Monkey Island raise awareness of adventure PnC games? This article answers that question with a no. They just want the old games. No mention of Unavowed, Kathy Rain, Dexter Stardust, Brok, Lamplight City, Darkside Detective - to name just a few of the dozens of new games... twitter.com/GameSpot/statu…

The best point-and-click games to play after Return to Monkey Island https://t.co/BT70Y4XvPm https://t.co/cg84o4Fsvh

Been thinking about this tweet a lot and how I do not recognize anything on it.

There was a brief period in high school when my sister and I had a lot of fun playing through Goblins 3 together—we’d never even heard of either of the first two games. From what little I can recall, I think it probably does not hold up, but I’d kind of like to revisit it regardless.

My absolute favorite point & click for a long time was Return to Zork. It came with my family’s first computer, which we got in 1994. I found its writing and its locations charming and enchanting. The first time I went into the underground, I was so terrified I didn’t touch the game for weeks after that. I’m not sure how it “holds up.” It seems like a lot of the criticism I’ve read about the game in recent years has focused on how you can fuck yourself over by destroying the plant on the game’s first screen and not find out until you’re hours and hours deep. That’s problematic for sure, but it’s gotten to the point where that’s almost the narrative about the game. It’s a game that’s so baked into my experience and that I don’t know if I can view it with much critical distance.

Another adventure game that came with our PC was King’s Quest VI. I found the game somewhat amusing but mostly utterly baffling and never figured out how to make real progress.

I never had a Space Quest but played them at my friend’s house.

Zork Grand Inquisitor was fun. I think it might be a better designed game than RtZ, but I haven’t played either in so long, and I’m not sure I could assess them fairly even if I had.

There was a time when graphic adventures were my favorite kind of game, and I have found that in the intervening years, I’ve come to find I’ve lost almost all patience for the genre with the handful of both new and classic games I’ve tried out. I should perhaps try some others. I’ve come to find the structure of Sierra-esque inventory puzzles really tedious. I haven’t, in fairness, really tried much in the way of LucasArts games. That’s a blind spot.

And, in fact, I’m realizing that I really didn’t play that much in the way of adventure games. I played the hell out of the few that I had, but we didn’t have a lot of games, so a lot of the games I was interested in I just fantasized about in computer magazines and the official Sierra magazine.

Gray Matter was so bad it put me off playing point and clicks for like a decade.

Does Ghost Trick count? That was fun. If not the original sam and max still holds up very well.

I played Whispers of a Machine and Gemini Rue within a year or so of each other, which is maybe too much cyberpunk in too short of a period.

Secret of Monkey Island got some dick jokes in it. Can’t believe it.

The puzzles in Return to Monkey Island are so fairly designed. I actually felt guilty blasting through the game at such a quick pace.

Yes this is one of my favourite games of all time. The script is just impeccable:

“Paris in the fall, the last months of the year, at the end of the millenium. The city holds many memories for me, of cafes, of music, of love…and of death.”

George Stobbart: Let’s just say I’m working in the interests of truth and justice.
Todryk: Ah, Thank God, I thought you were the police.

Not sure which version you played but I bounced really hard off of the remaster that came out a few years back because they had changed the writing so much. I might give it another shot soon just to try Nico’s new sections.

yeah the “Director’s Cut” of Broken Sword is truly dire.

Original cut only. It was a very good point and click adventure aside from that goat puzzle

edit: lol the goat puzzle has a dedicated wikipedia page

Am I only one considering Broken Sword 2 quite a bit less interesting than 1?

Never actually played the sequels, but I expected something like that to happen.