Yeah 2 was really lacking that charm of the first game. The newest release is a fun time, a few too many nods and winks to the original but still very enjoyable for a modern take on the old formula.

Plus, the writing is back on form: 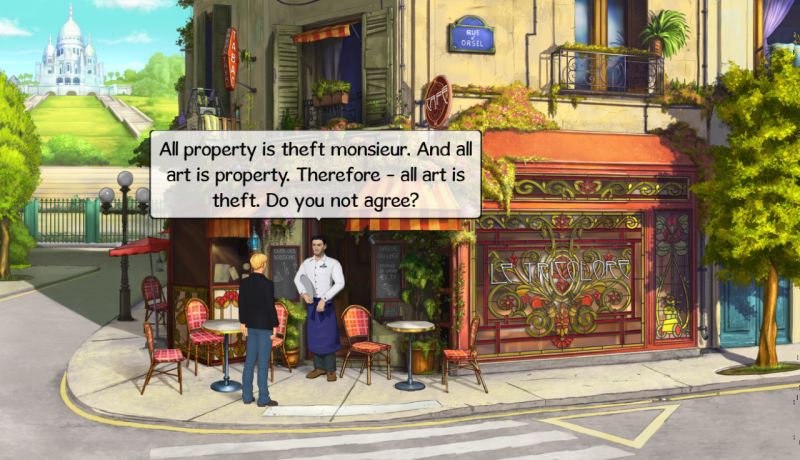 You mean 5? It’s a return to form but I have’t found much reliable info on the web about it…

Broken Sword 5 is good. There.

Nice! Would I need to play 3 and 4 to not be cut out from the continuity? Because I would not want to touch those 3D things…

I finished The Longest Journey (on ResidualVM, a sort of Scummvm fork?), and it was wonderful. A fantasy fairy tale with strong characters and a strong female protagonist, very beautiful tone, script, great voice overs, very well told story (even if a variation of the “hero journey”), well made puzzles and visionary locations.

I will want to play Dreamfall soon.

Also, has anybody played this? 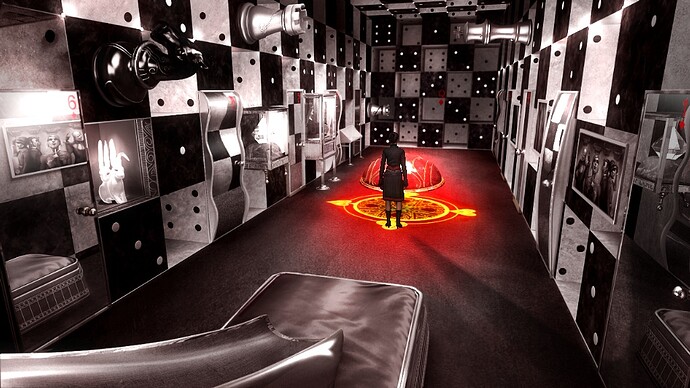 It’s from the author of Gabriel Knight, apprently very beautiful story. I stumbled upon it randomly.

A note from someone who absolutely loves both Dreamfall and Dreamfall Chapters: do not go into them hoping for The Longest Journey 2, from either a gameplay or storytelling perspective. While the original game is very cozy–it works by effectively following existing game and storytelling structures, while also being distinct–both its follow-ups are more experimental, alienating, and messy, and ultimately less successful at presenting a consistently and cohesively enjoyable experience. Dreamfall: The Longest Journey wants to be Beyond Good & Evil very badly, and replaces most of the original’s puzzles with action and stealth elements that could have worked, are at best inoffensive. Dreamfall Chapters does away with those elements and plays more like TLJ (to a degree) but the combination of an episodic structure, obvious budget woes, and its decision to allow player choices to affect the story make for the most disjointed game of the three.

That said, there is still a lot to enjoy in the games. The story is less “hero’s journey” and utterly uninterested in what fans want and more interesting for that. Not all of the overall plot works, but the writers are just as capable of crafting characters and moments and individual details. And it’s fun to revisit the characters and concepts that are revisited, most of the time. Plus, you get scenes like this. 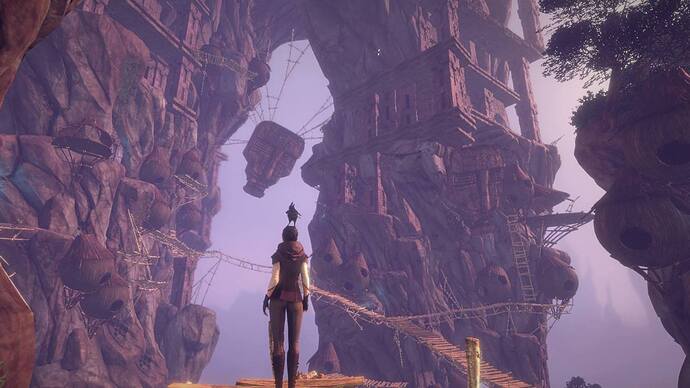 That said, in my case, it probably helps that I began with Dreamfall. If I’d gone into them thinking “yay, more April”, I might have been one of the disappointed ones, instead of someone who thinks the first game is actually the weakest while being, on paper, the best one.

Thanks for the write up, very useful!

I have read that Tørnquist would like to make a direct sequel to Longest Journey, but apparently the chances are very slight. This is a real pity.
It would be nice to even have a script, such as the Half Life 3 one that leaked a few years ago.

I am now playing Dreamfall Chapters (which plays like a Telltale game). I am at Book 2 of 5.

As you were anticipating, the two Dreamfall games are very different from The Longest Journey.
TLJ has the magic feeling of an old book, given by its strong vibes of graphic adventure made in the 90s (1999), and its keen spirit. It has a tone which reminds me that of the first season of Twin Peaks. It’s joyful, spontaneous and confident.

I am playing the two sequels out of love for the first game, but they are much less in tune with me. The storytelling has changed a lot, and for me this is for worse. The tone has changed from that of a vintage, timeless fable to that of a tv series for teenagers. Also, in case of Dreamfall, the gameplay is really tedious (at least it is less offensive in third episode) and the voice overs are terrible: voices were great in TLJ, what happened here?
I still want to finish Dreamfall Chapters because the former Dreamfall has finished in a series of cliffhangers and I want closure, but the tale told in TLJ could have pretty much ended there.

On the good, Arcadia as portrayed by Dreamfall Chapters is really gorgeous.

this is similar to how I felt about the sequels, even though I’m perhaps less of a fan of the longest journey than most. The ‘tv show for teenagers’ vibe was still present in nascent form in TLJ but the sequels really brought that whedon-y dialogue to the forefront and replaced so much of what I found endearing about the first game

Dreamfall Chapters really does have good environment art; I found some small pleasure just walking around and seeing the sights.

I liked the writing in this, it had that musty eurogame charm which paired very well with the pseudo-claymation visuals. As a ‘game’, it could only be described as a failure, but as a little walking sim where the puzzles solve themselves, I had a great time.

I am also replaying, on and off, “I Have No Mouth And I Must Scream” on the iPhone. The modernized version is very good, with touch controls and an option which shows all the interactable items, very welcome in this game. The game touches several uncomfortable themes, I think it’s very good. I have forgotten the ending but I will add some info after I finish it again.

Still haven’t finished Dreamfall Chapters (I am at book 4), the story has started getting more involving. Its main problem is that there is too much going back and forth and searching around in the cities, and some puzzles (as with Saga searching for her drawings) are really tedious and the game would have benefitted from those elements not being even there… but it’s a much better game than Dreamfall TLJ. VO’s are also much improved over Dreamfall.

Did they ever fix Saga’s voice acting? I recall it being of definitely-developer’s-daughter quality with a scandanavian accent when her parents were not… scandanavian? But yeah the rest of the voice actors are great. They really lucked out by getting a then-unknown Jessica Henwick to voice Enu (who I would protect with my LIFE???). I think I still liked Dreamfall TLJ better than Chapters though. Might just be a nostalgic thing or that I played it episodically and some of the episodes were a year apart. Gotta replay TLJ some time again soon, too.