since the Osman team had previously made a fighting game, The Karate Tournament, aka Chatan Yarakuu Shanku 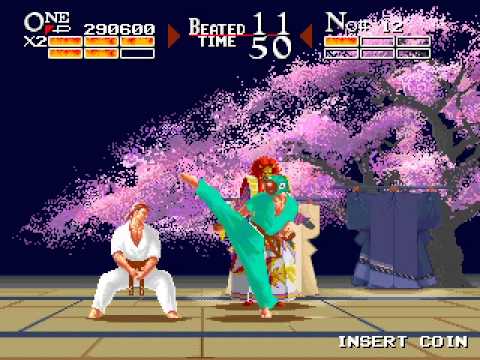 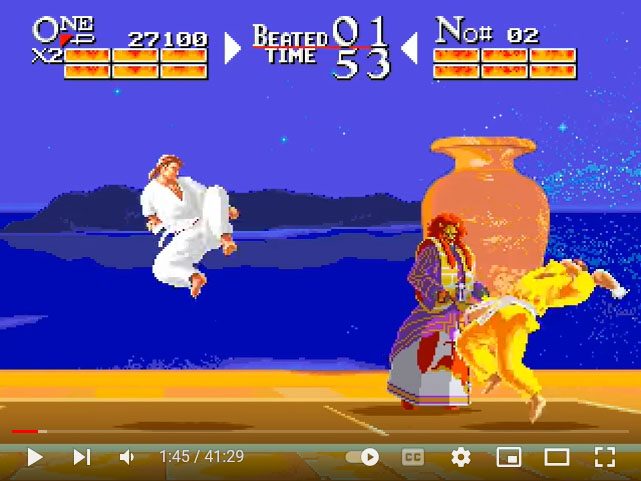 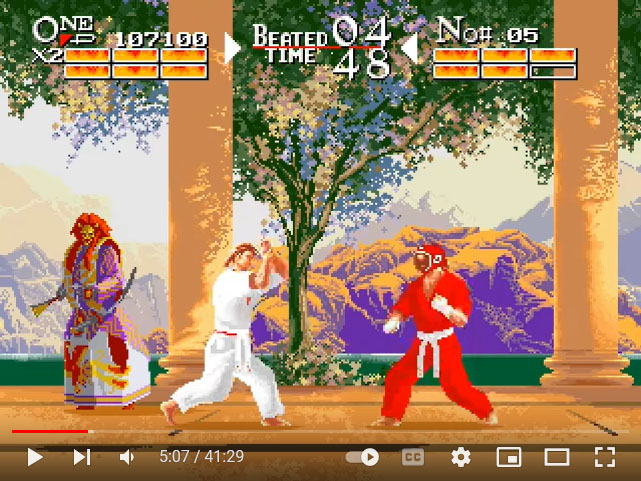 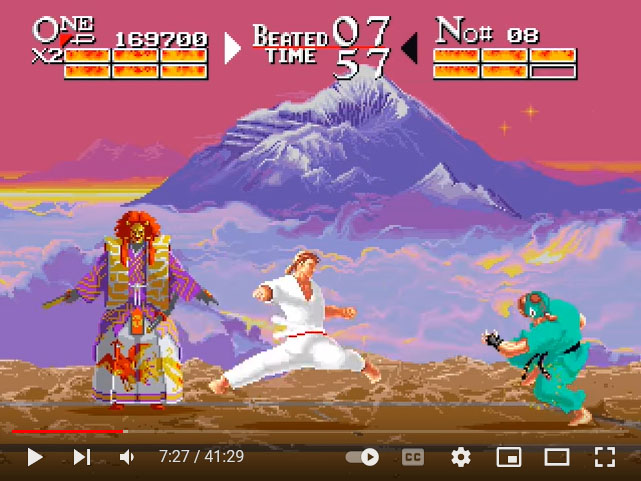 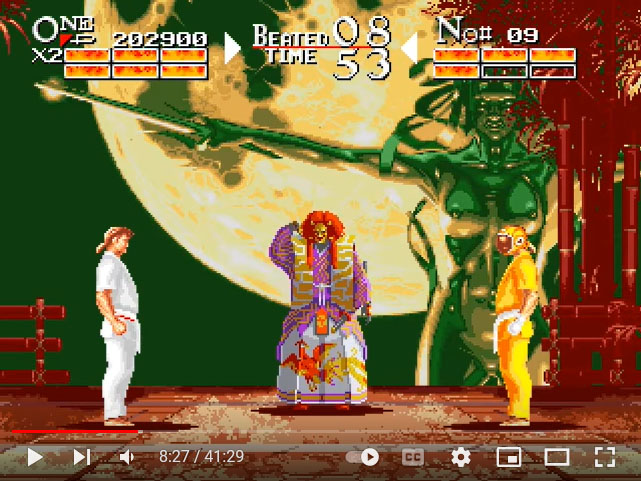 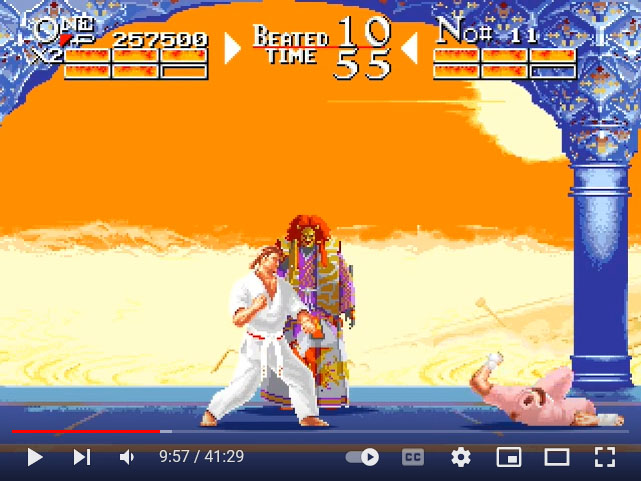 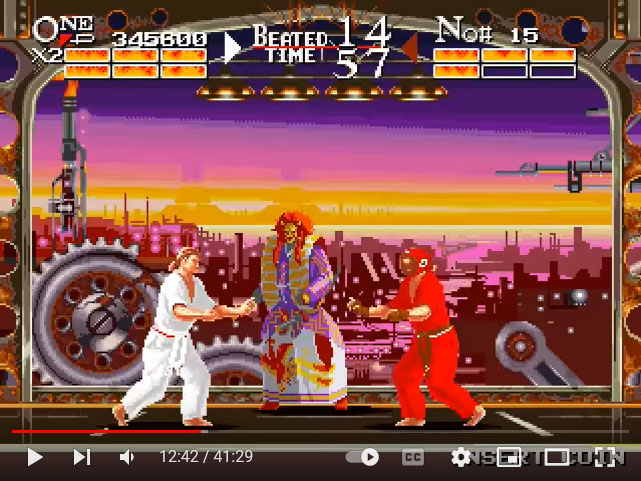 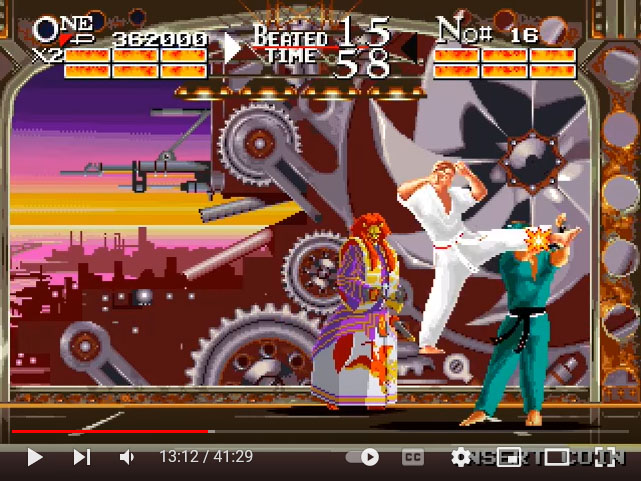 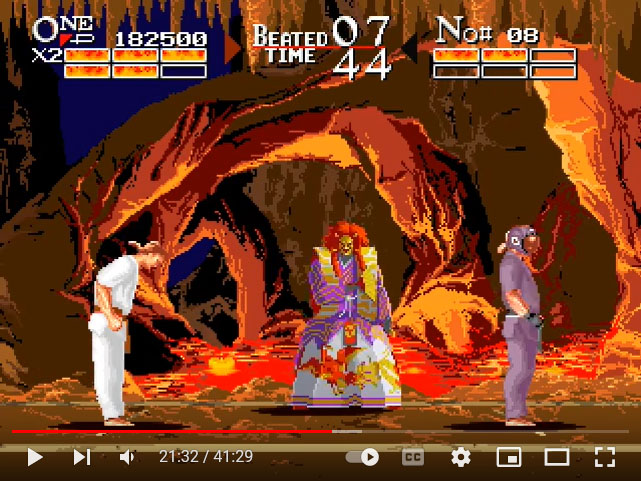 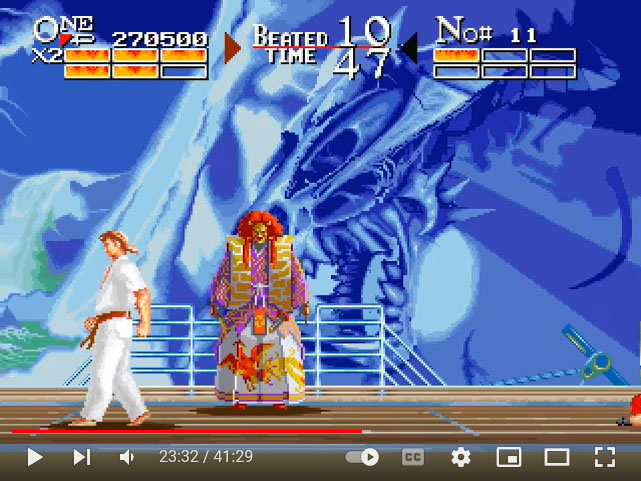 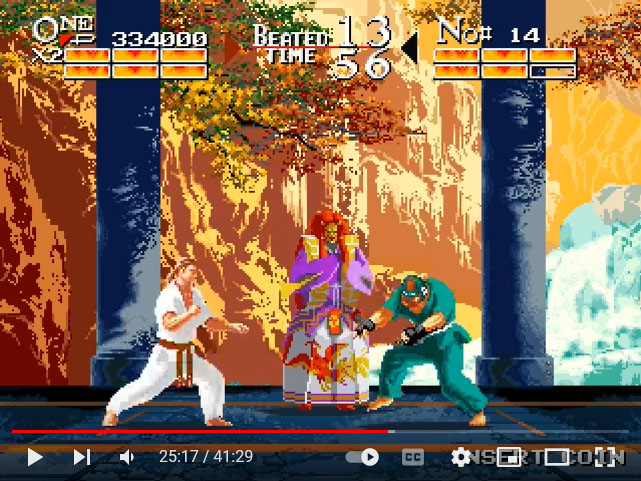 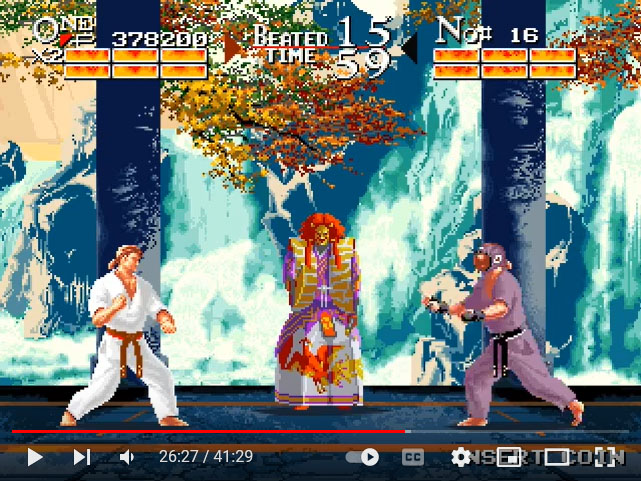 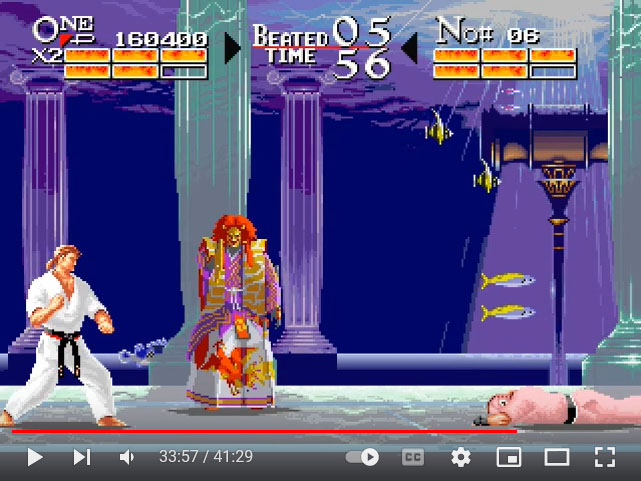 The two stages with the landscape viewed past sunlit stone pillars are of course “inspired” by “the most popular art print of the 20th century,” Daybreak by Maxfield Parrish 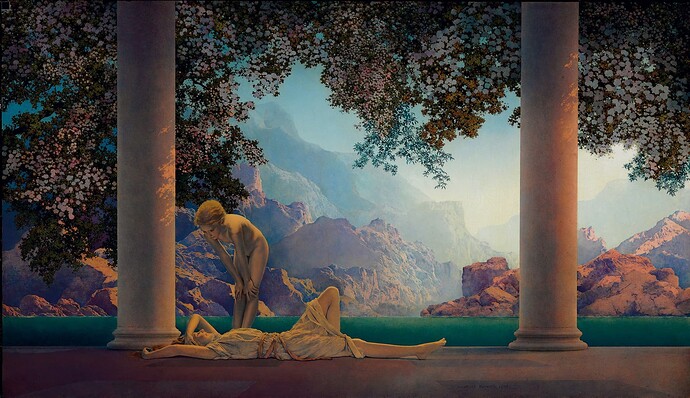 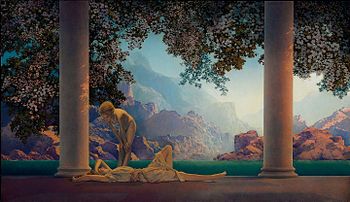 Daybreak is a painting by American artist Maxfield Parrish made in 1922. Daybreak, inspired by the landscape of Vermont and New Hampshire to create lush and romantic tones, is regarded as the most popular art print of the 20th century, based on number of prints made[citation needed]: one for every four American homes. According to the National Museum of American Illustration, it has outsold Andy Warhol's Campbell's Soup Cans and Da Vinci's Last Supper. It is still in print. The painting is Parri...

and some of his other stuff; that big jar in the first screenshot for instance could be from his Garden of Allah 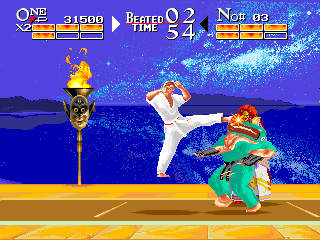 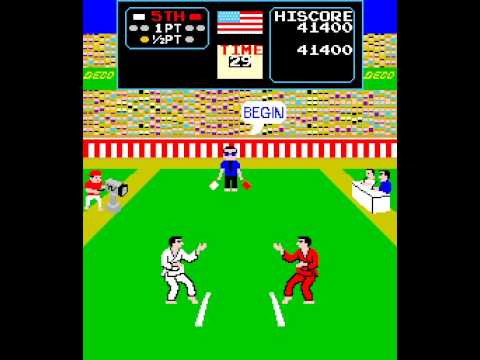 Giant Bomb has what seems like a pretty thorough gameplay description: 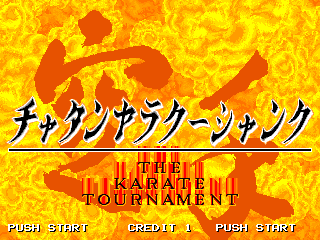 A martial arts fighting game by Mitchell. Designed by the creator of the 1989 arcade game Strider, it is one of the few fighting games released after Street Fighter II that aimed at a more realistic approach to the sport of karate.

probably gonna be some of the fightman news during evo. I’m hoping arcsys remembers that they said they’d give persona rollback this summer, I kinda want to try that game.

With Breakers and Rumblefish getting modern ports I want to see some more off the wall revivals. Like imagine if Asuka 120% Limit Over got a port with rollback.

there’s a new asuka game in development (though we currently have no more information than this), as well as ports of the original to mega drive and switch

I love The Karate Tournament! I’m working on something inspired by it (very slowly). I wanna put it 3D with sidestepping and improved controls.

= o I BP’d this but then I got to the part about 3D with sidestepping but eh oh well.

Crossplay coming to Strive this fall: 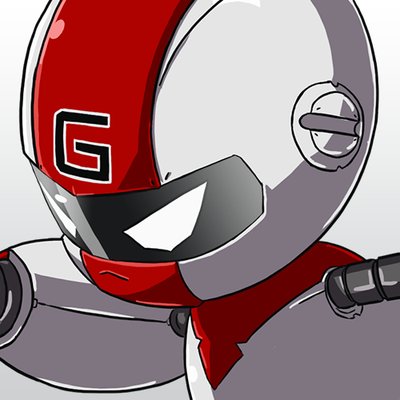 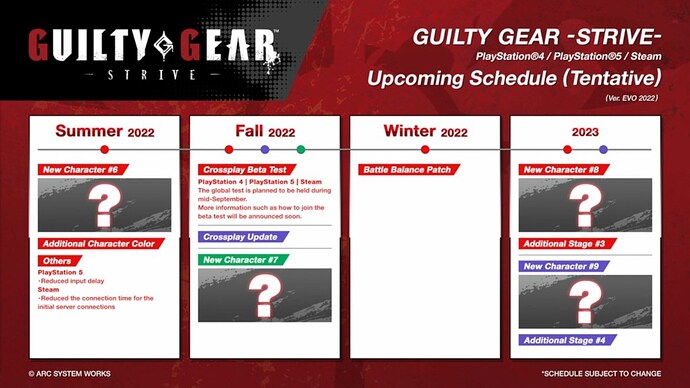 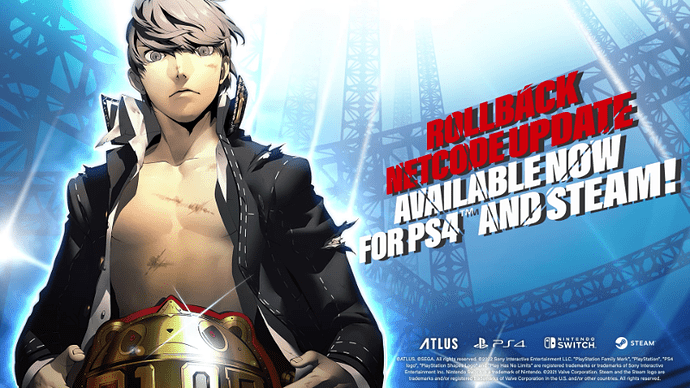 Samurai Showdown 2019 is getting a rollback patch next year and KOF15 is also getting cross platform netplay, also likely next year. 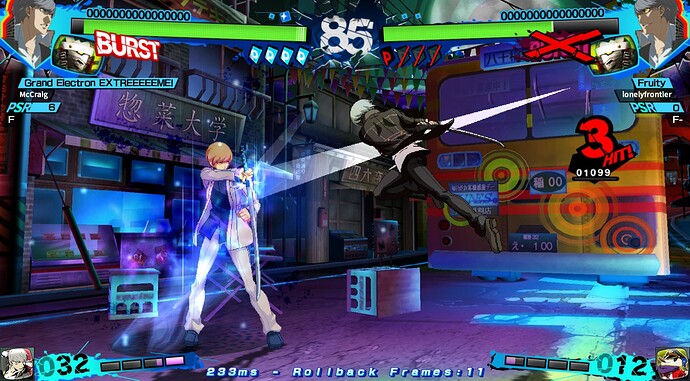 oh boy, persona 4 is extremely a beta right now. my experience last night was some street fighter v like “getting hit with a full combo in under half a second despite the opponent being in mid-hitstun” stuff, and characters teleporting everywhere. either that, or tons of “failed to connect” messages. matchmaking is completely fucked and laggy, so you have to try and get into player lobbies and hope you can actually get in.

respect for the kyosuke colorway though

oh how strange… id imagine expanding the playing field like that would have some effect however subtle on balance? idk 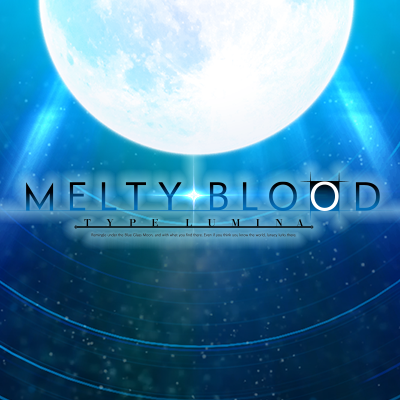 @MB_LUMINA
[info] In response to the fact that we were unable to release the update information within the "MELTY BLOOD: TYPE LUMINA" section, we have released the planned video on YouTube. Video message from Kamone Serizawa, Director of Development. youtu.be/ef1aXVm8d8Q#MBTL
geist August 7, 2022, 6:42am #249

daaaaamn, even melty promo videos get relegated to the metaphorical bathroom 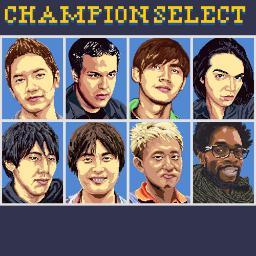 @HiFightTH
DBFZ Rollback Confirmed!!! More details later but looks like it will be only for PS5/XBSeries/PC https://t.co/SQkduoR0Um
2 Likes
← previous page next page →