I actually have a Hyper Neo Geo 64 with Buriki waiting for me for when I get back to the UK. Once I get things set up I may make a post about it in the arcade thread.

I got Skullgirls 2nd Encore on a whim when my friend was over last weekend. It’s pretty fun! I’m not much of a fighting game master, but I’ve gotten a little better over the past year.

Yay, thanks for playing!

If you like Cerebella, you should give Beowulf a try too! He’s got so many grabs, even just some normals are grabs too!

A YouTube viewer passed along a cheat code that lets you skip directly to the boss in the games in Vampire: Darkstalkers Collection on PS2. I can’t seem to find this code having been documented on the internet before, which is weird! Here it is as I submitted it to GameFAQs: 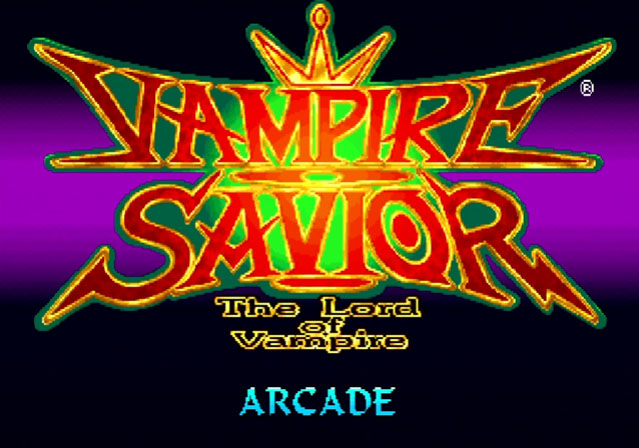 You can combine it with stuff, like I combined it with the Shadow (VS) and Marionette (VH2, VS2) codes to skip to the ends of those games, and so being able to unlock the secret “all characters” versions of those games only having had to do the boss fights:

i had a hankering to try out some older fighters yesterday. all i’ve been playing as of late has been kof xv and strive, and i felt that i should be working out the theoretical muscle in other games. on a whim, i loaded up kof 2002, a game that i have been horrific at in the past. the reason i’ve been bad is that i could not figure out how snk’s inputs worked, so my attempts at doing quarter circles would be read as forward and punch instead.

well, either there was some stealth update to make things easier for schlubs like me, or i finally figured shit out because i can do this with no issues:

I know Code Mystics updated the motion inputs a few times over the course of 98UMFE’s release life; I don’t see anything in their update notes about input changes for 2002UM but they had big beta tests and several “MAJOR UPDATES” with fairly scarce build notes around adding rollback in the past few years, so it’s possible they did tweak that kind of stuff. Possibly playing XV helped you out for other KOFs though.

There it is. The Thing.

salt levels of type lumina community about to skyrocket

thank you french bread you did the right thing

edit: i hate fighting neco-arc but also think its essential to the Melty Blood Experience

Panda Entertainment was a Taiwanese developer. American company Super Fighter Team acquired their back catalogue in 2012, and in 2019 released Tough Guy as a freely downloadable Windows game, remade in MUGEN, called Tough Guy: Fighting Titans (home page). The original version was ported to Dreamcast in 2021.

“Fighters have the ability to refill their health if they are injured.” 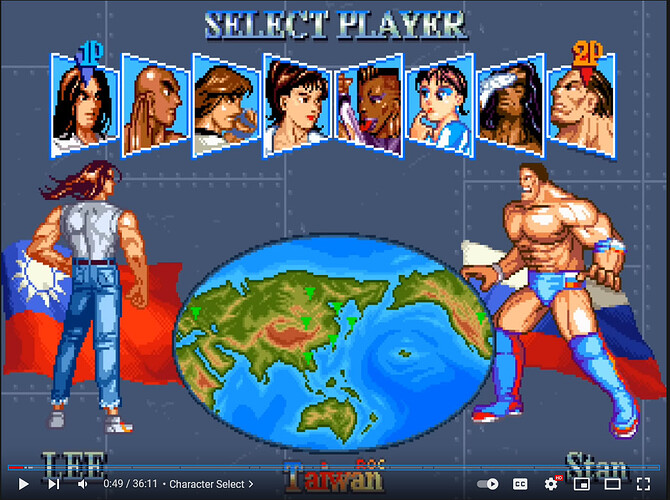 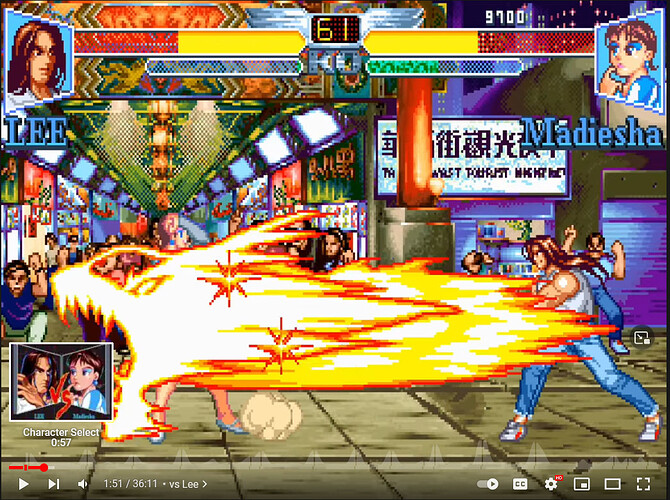 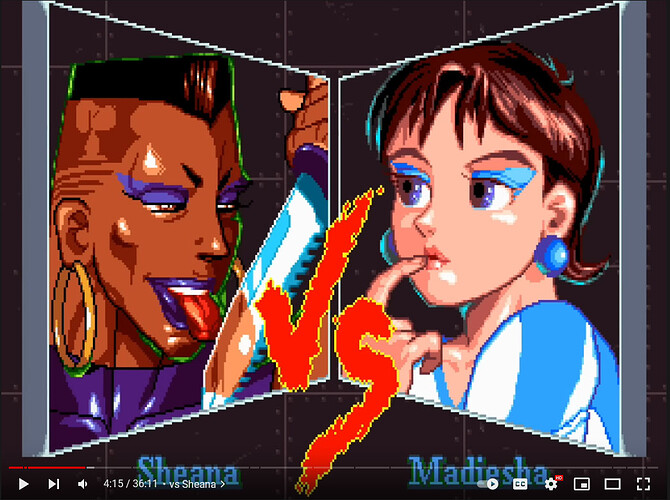 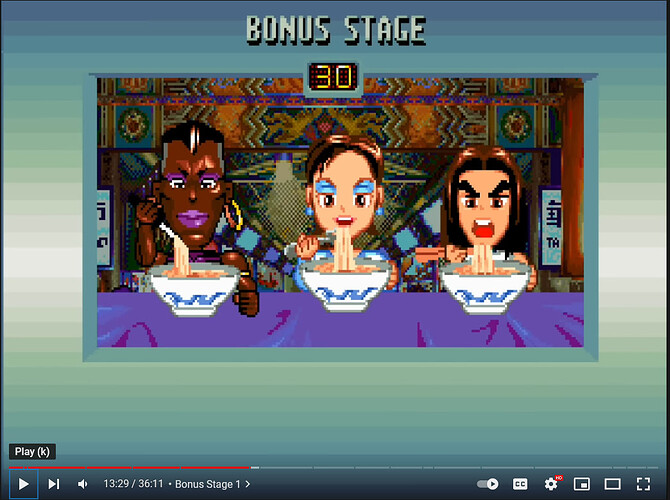 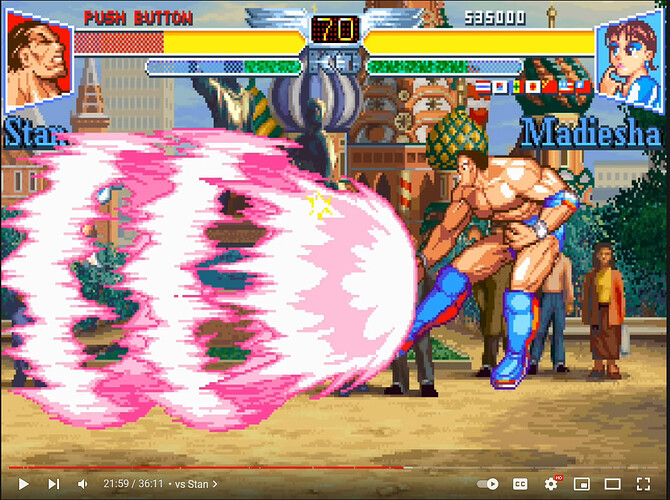 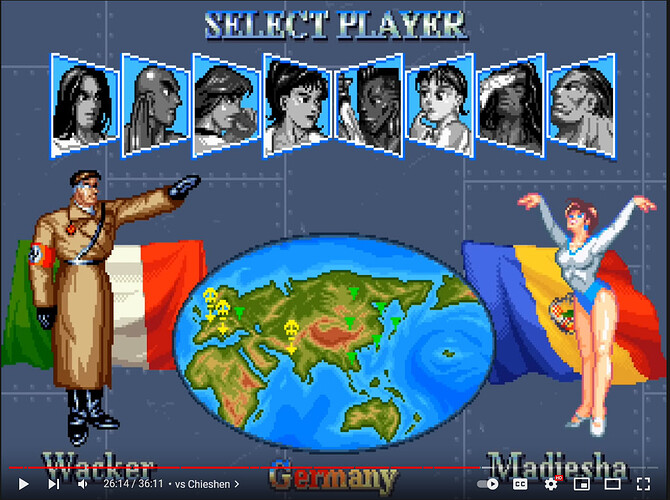 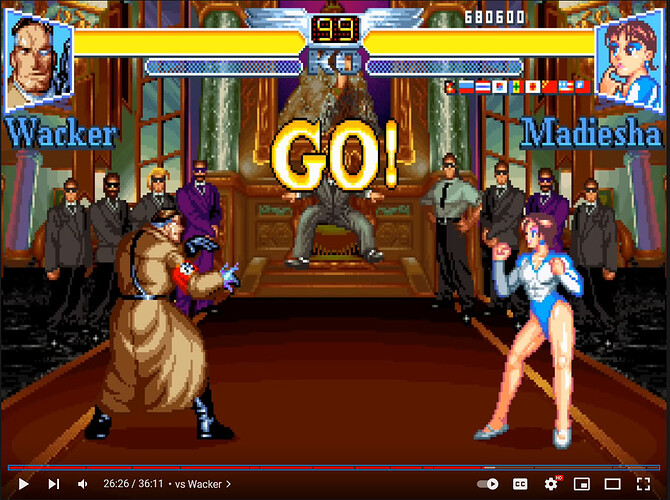 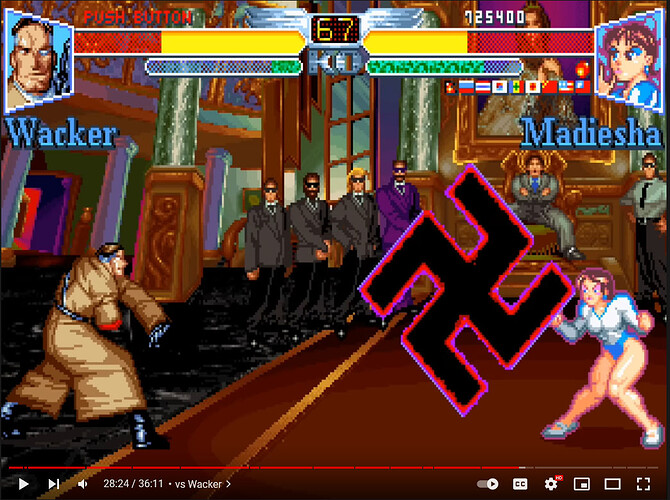 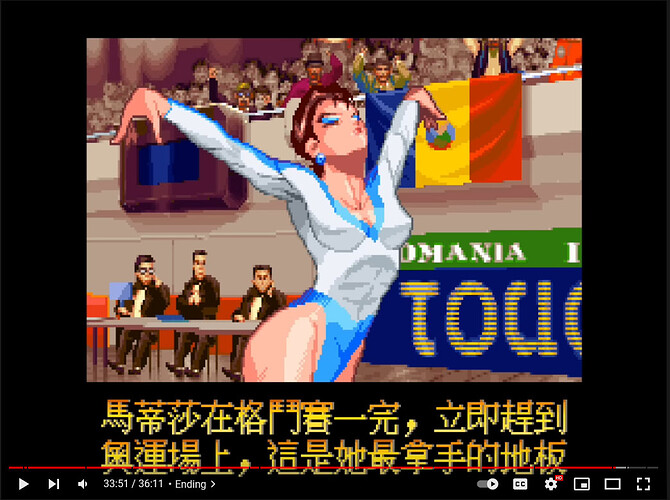 why is hitler italian

I used to live less than a mile from this night market! It is a pretty interesting place, not sure what it was like when the game was made but when I lived in the area it was one of the seedier parts in town. I think its image may have been a bit reformed by now. It is primarily known for a bunch of restaurants that serve snake meat.

(start around 20:50 for the covered area from the game, but the rest of the neighborhood is cool too)

Kind of amazing that this is the setting for this Taiwanese game company’s Taiwan stage, considering it may be (?) the only fighting game with a stage explicitly set in Taiwan. Not sure if there are any others? It looks like “Lee” is the game’s fighter from Taiwan.

You can tell the Bonus Stage is also set in the same place.

why is hitler italian

I don’t know why there’s an arrow pointing to somewhere Italianesque at his stage select, but there’s also one pointing to a Germany-like area, and it prints “Germany” under the map and the announcer says “Germany” when he’s selected.

Is anyone going to EVO? I’ll be there in the Artist Alley at table D20 - come money match me in Cleopatra Fortune 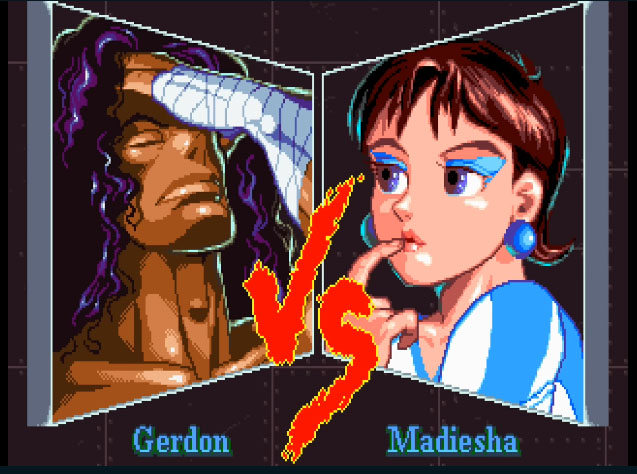 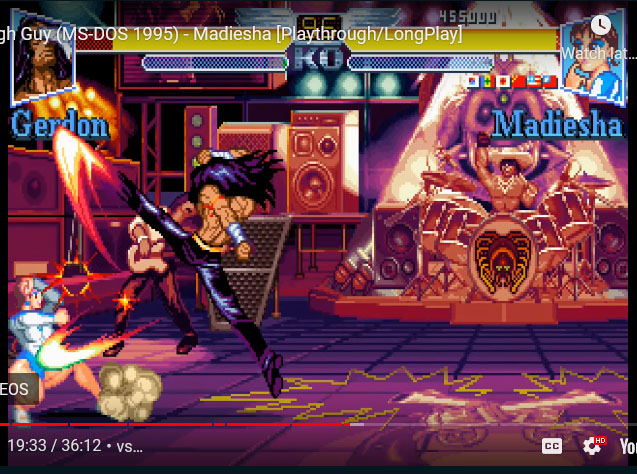 Is anyone going to EVO

oh, btw, if you’re interested in the vibe of this place or places like it in the mid 90s, check out the film ‘rebels of the neon god’ by tsai ming liang. a not insignificant part of the plot is about teen delinquents stealing and attempting to resell arcade boards (iirc street fighter 2? maybe not)