Continuing the discussion from Cartoons (Part 1) - #3377 by doolittle.

i have no idea what i want to watch anymore 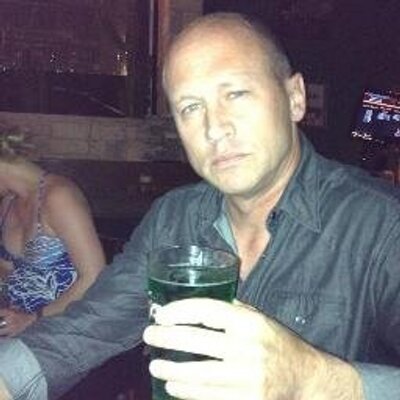 @MikeJudge
Beavis and Butt-Head will be returning this year with a brand new movie and more on Paramount+. No exact date yet, but soon. They need some time to get back in shape. https://t.co/tN5rePP9Kn 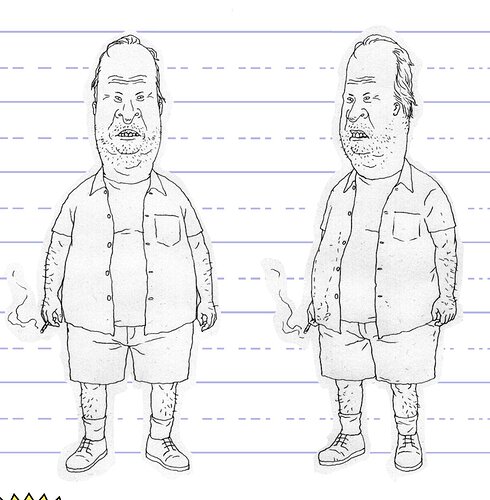 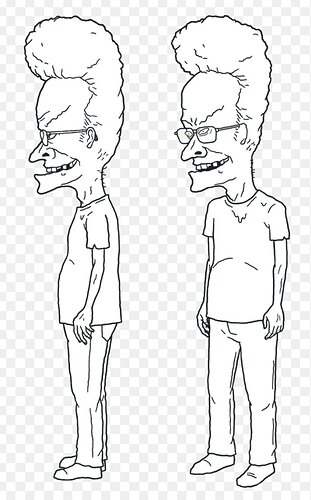 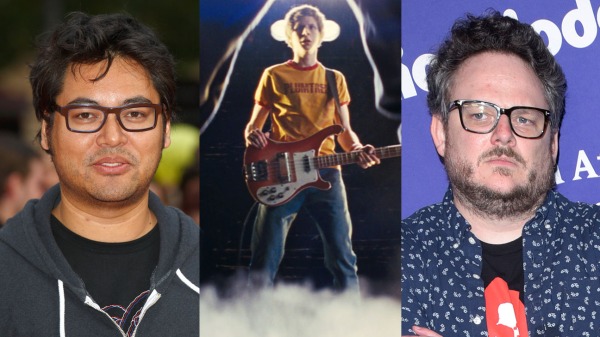 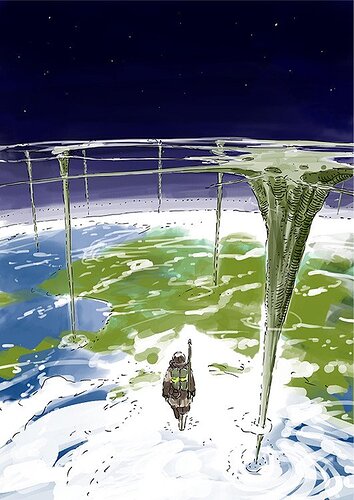 eventually they will run out of amicably chauvinist manga from the 70s and 80s to do big-budget modern productions of, but in the meantime, these have really been a treat

Speaking of Lupin, I recently found out about the cancelled 1984 Lupin film that was going to be Directed by Mamoru Oshii, with designs by Yoshitaka Amano.

The plot would have revolved around a tower of Babel built in the center of Tokyo whose architect would jump off to his death and a girl trapped inside the tower along with a fossilised angel. Lupin would be in his 50s or so, and depressed at having basically run out of things to steal, and so would attempt to break into the tower to steal the fossil. At the end he would come to the realisation that he’s a fictional character in a story, and the fossil would turn out to be a nuclear bomb that would destroy all of Tokyo (supposedly the fossil was meant to symbolise fiction, and so Lupin’s final heist would be to ‘steal reality itself’).

Seems like since this was cancelled, Oshii’s been basically chasing this story ever since, with a good chunk of the concepts ending up in Angel’s Egg, Patlabor etc. The 2012 Cyborg 009 film was supposed to be his chance to revisit the idea, but that again got hijacked and turned into something else.

I re-watched Angel’s Egg today, and knowing the above kinda puts a different spin on it, like maybe the guy’s reaction to seeing the angel fossil is his realisation that he’s not real, which also lines up with his speech earlier in the film where he suggests both he and the girl might be part of a dream, and the first scene with the hands (ie the girl’s hands morph into the man’s because they’re both figments of someone else’s mind). Not sure if I prefer that interpretation over others, but interesting to think about it in a new way on my Nth viewing of the movie.

i watched all of centaurworld last night, i liked it. also finished up hilda, which i loved

i watched all of centaurworld last night, i liked it. also finished up hilda, which i loved

i watched both of these shows too and it is just nice to know someone else noticed them, i feel like i watch a ton of animation but it’s never the stuff people talk about a lot on here.

i liked hilda a lot better than centaurworld, but they both have their moments. sometimes centaurworld just felt like a weirder rehash of kipo but the moments where it has more of its own identity were great. i thought the first season was more interesting than the second, though the conclusion was pretty satisfying. i was expecting them to take the weirdness factor to its logical extension and end the show with horse and rider being merged into one centaur. even though that would have been kind of conceptually cool, i also felt a more conventional ending was more satisfying after all the preceding weirdness. i really hated the weird bird fetus characters in the second season, it just seemed gross and pointless

hilda is basically perfect, no notes. wish there was more