I love this! Feels like something in a liminal zone between mysticism, OCD, iconoclasm and a healthy mindfulness technique. That reader was starting to feel dragged down in real life by the elder brother’s bad energy so they fought back against his symbol.

Yes exactly!! I was thinking it could be an OCD tick or a bit of mysticism too. Things like this are my favorite part about checking out library books or getting used ones. But this is maybe the most intriguing thing I’ve seen yet.

I rly enjoyed that book when i read it last year. Just picked off my mum’s bookshelf while i was staying with her

What’s so spooky too is that the long-ago reader’s originally private action carries years later, a bit of socially infectious power. The brother is just a fictional character, he can’t ruin my mood with his bad vibes after I’m finished reading the book, I can just simply forget him if I see no value in considering him any further, right? I control symbols, they don’t control me, right?

Just finished reading The Universe Replied, a series of interviews with and about Los Campesinos! published last year to commemorate the 10th anniversary of Romance is Boring. The most striking thing was specific references to message boards, MSN messenger, etc. that show the band were internet-dwelling but not yet wholly online.

I’m giddy with excitement about Analyzing Freud, an epistolary account of H.D.'s time as his patient in the 30s that’s nearly 600 pages of letters and footnotes.

Somehow, H.D.'s séance with Freud was the point of transition, the funnel into which her memories of the past and associations of the present poured and out of which she emerged reborn. But how? This is a great enigma. Though it bored him, Freud needed and demanded loyalty from his associates and analysands. H.D. was a quietly defiant sort of woman, not well suited to the sort of dire mastery and discipleship de rigueur in psychoanalytic circles. At nearly six feet, she towered above him, and for all her adulation of “papa” she understood their profound differences and left his aegis even more certain of her rightness than when she arrived.

H.D. and Bryher seldom called any of the people in their intimate circle by their “proper” names.

In tune with their cats and the statue of an Egyptian cat she used for meditation, H.D. is often KAT, sometimes signed in big, bold, underlined capital letters and other times sketched like a coiled spring with cat ears and whiskers.

The modernists were all the most self-indulgent weirdos, in one way or another. Lots of time spent in self-indulgent assemblage of persona from history’s heap of broken images, etc.

Even the ones that never met Sigmund!

losing my mind at my namesake lesbian catgirl imagist nonetheless

Thinking about rereading Kazuo Ishiguro’s The Unconsoled, his longest novel. I last read it about 20 years ago and it’s one of those books in the liminal zone between masterpiece and fiasco. The way I remember it is as a sad and beautiful nonstory about characters repeatedly getting distracted from the most important things in life by trivial urgent matters. That pattern just repeats over and over with different characters until the book ends with not a single one of the 100 dangling plot threads resolved.

I didn’t come away from the book at the time with a new resolve to focus on my highest values in life, instead I was alternately bored or emotionally devastated. And I also have no idea whether that means I should consider that the book’s aesthetic vision succeeded or failed for me as a reader.

Like what if the last page of the book had had one character giving, say, her estranged daughter an awkward hug. Just one hug. Is that really too much to do for your fictional creations? Was the Nobel Prize worth it???

highly recommend duras’ the malady of death, one of my alltime favorite pieces of prose. iirc she dictated it in a drunken stupor while on a two week bender and then went to rehab and went back and edited it having forgotten ever writing it

Introduction on Takahashi Minejiro, a Japanese ex-militarist and teacher, who helped to recruit his students from the entire village to participate in the war, created a magazine to provide them with news of their hometown, and kept the 7000 letters sent to him which from the soldiers (most of them are dead)

Most of these letters are the pain, suffering, and grief of the war, the content was different from the newspaper reports at the time and Right-wing policital spoken in Japan today. The doctor said that he had to amputate his arms, legs, and internal organs every day, without anesthesia.

The letters content also contains the tactics of the Chinese Communist army, how to ingeniously drag the Japanese invaders into guerrilla warfare, reflecting facts and details completely different from the wargames.

These letters are uncensored stored at Kitakami Peace Museum. If the pandemic is over and no war is happening, I wish I have a chance to visit here specifically. 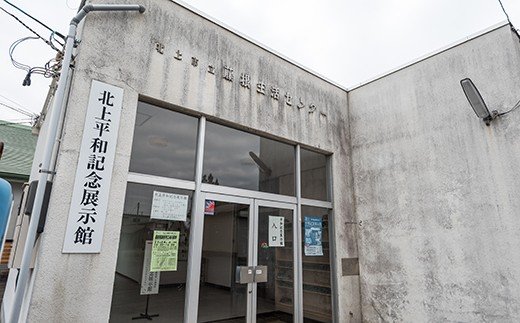 Finished John Dies at the End, a book I’ve read maybe 6 times. I realized I’ve been reading this story repeatedly for something like 18 years - it is one of my favorite books of all time.

I finally figured out why I connect with this book though: duh it’s about toxic masculinity (likely on accident).

Anyway basic premise, two dumbasses stumble through a series of cosmic horrors, constantly fucking up and choosing the wrong path at nearly every point. The only success they find is through an evil drug that basically turns them into that machine from the hitchhiker’s guide that can predict the entire universe from a piece of cake.

The big theme is that evil is not intelligent, sinister, or purposeful - it’s stupid, greedy, hungry, and juvenile. A list of things that I am thinking about this book:

Anyway I really love this book but it’s absolutely inexcusable that it saw massive rewrites…TWICE…and still has about 25 instances of the r-slur. The book got a new addition to the end IN 2021!!! He added foreshadowing, new lines, an entirely different ending to one of the stories, but couldn’t be bothered to break out a thesaurus and look up the word “ridiculous”.

(the ebook keeps updating and it freaks me out)

It’s still one of my favorite books!! It’s such a good complement to all the other Cosmic Horror stuff - it takes its premise entirely seriously, but the writing is goofy, weird, funny, and generally filled with great punchlines (both funny and horrific). I think the fact that the author writes comedy and horror the same way is a real strength.

Anyway I’ll probably read it again in a few years around halloween because that’s just how I am. The two sequels are okay but they’re really missing the “series of short stories smashed together into one long narrative” that the first one has.

I can’t necessarily recommend it though, for all the reasons outlined above. It’s essentially stupid. The movie is pretty good though.

big fan of the movie. I should probably read the book too 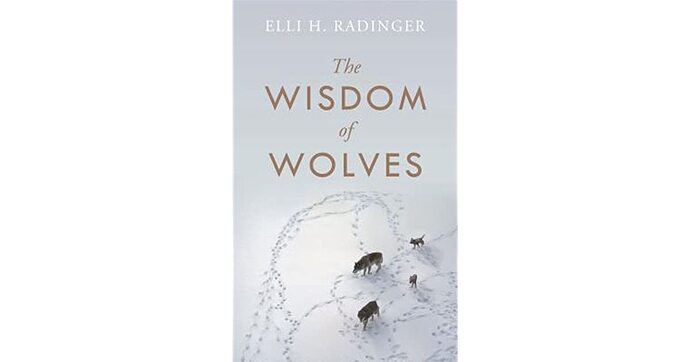 The Wisdom of Wolves

In this unforgettable book, wolf expert and naturalist Elli Radinger draws on her 25 years of experience among the wolves of Yellowstone ...

Wolves are always bad guy in tales, people like to create some words describe them: greed, brutal, crafty and no mercy. And in other hand, people was envy them, imagine their own evil activies like an evil creature could break all the chain, and harm others without feeling. They called themslves as wolf gang when watch striptease, titled a video game as the wolf among us, if somebody do a massacare in public by his own, newspaper called him lone wolf.

So when I got this book, I just thought it’s another book about how wolf brutal and wild, how badass they are and boring alpha/beta type shit. But its author, Elli H. Radinger, as a woman who observe wild wolf for more than 25 years, give me the truth never same as the story said.

The wolves are the most stigmatized creature in our culture, in fact, they’re never greed, brutal, only a hunter or a sheeper could hate them, because they’re so smart and talent. They trust each other in group, helping their elder, never abandon their group member. The wolves group is welcome to accept new comers, even their enemy’s wolf children.

There’s never have these alpha/beta/omega shit in the wild wolves, that class system was only happened in the zoo, yeah, a hell made by human itself and then claim they found a new nature law to teach the real male society. Ironically, when an ‘alpha’ male try to use these logic to deal with wolves, they always failed and freaked out by them. The wolf is gentle, generous, and have responsbilty to their group, not allow somebody rule their group only by force.

This book also mentioned woman’s connection with wolves, in author’s opinion, the wolf and woman is the same. They have to abandon all the rules was domesticated by male(obey, step back, kind), if they wanna found their own nature mind. In nature, woman will have strong mind, healthy body, and the special healing power for family.

After read this book, it make me think. Thinking about a video game who got the most disput on Internet before covid-19. The last of us part II, I mean, of course, it’s full of incredibly superficial identity politics bullshit same as neil’s twitter. But, after I finished this book, I realized I can in other view of TLOU II, the whole storyline of ellie, is it something as the book said, a woman tried to follow the male’s domesticated logic: you have to the revenge Abby. When she tried to step back, she feel guilty about it and Jimmy mentioned this responsibility in the male world again.

Abby did the same duty as Ellie again and again. So when Ellie alone in the wild and all exhausted, finnally fight the last time. Maybe Ellie let her go it’s she finally found her spriit from Joel, her special healing power, to break this ravenge chain, also drop the male society burden on her shoulder.

Anyway this is a really good book, at the end, the author also guide us how to oberserve wolf group in the Yellowstone National Park. 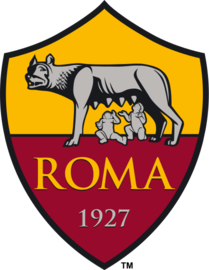 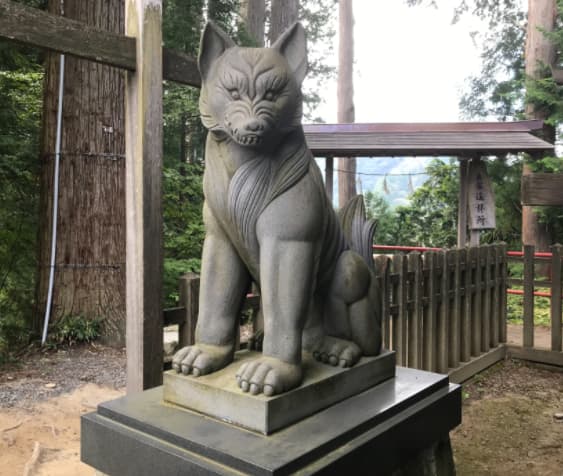 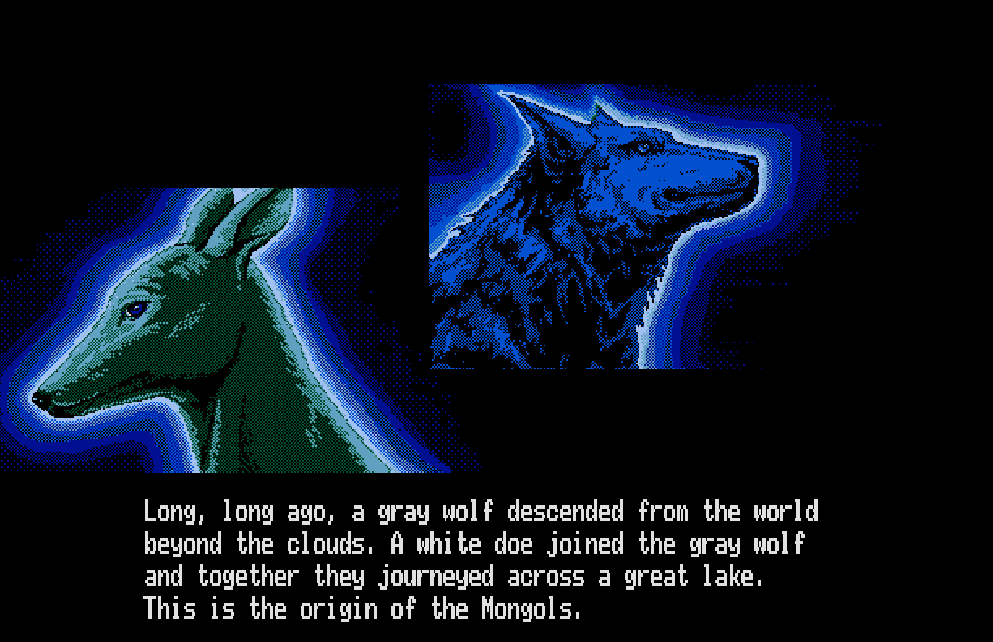 Somehow we almost forgot we have a same origin legends all over the world, a female wolf, I think maybe it’s the day we became a farmer, we left the biological chain, own the sheep and dog belong to us, create a word called property, then wolf became the last thing reminds us the nature, that’s why we hate them for this long.

After a brief meditation on the profound mystery of prayer, he begins his confessional autobiography at the beginning by discussing how he sinned… as a literal baby. He apologetically notes that he no longer has any memories of being a baby, therefore his account is extrapolation from other infants he witnessed as an adult.

This sets St. Augustine up for a blistering stand-up-comedy style roast of babies in general. Loudly crying right after he came out of the womb? Sin. Greedily sucking down that warm, nutritious milk? Sin.