welcome to the bacon factory (payday 2)

as mentioned in the GUPT thread, i’m deep in payday 2 now. the game has finally clicked. even back when i was playing it the most previously (around the time it released, and then with the release of the ultimate edition or whatever in 2016) i wasn’t playing it this much. 1/3rd of my total playtime is the past 2 weeks!

you shoot cops by the hundreds and perform tasks like “restart drill” and “blowtorch door” while the sickest combat music plays. at the end you get xp for your level and money for spending. you gradually get access to strong skills that complement specific playstyles and a growing variety of heists, including loud (cod zombies) and stealth (metal gear solid) 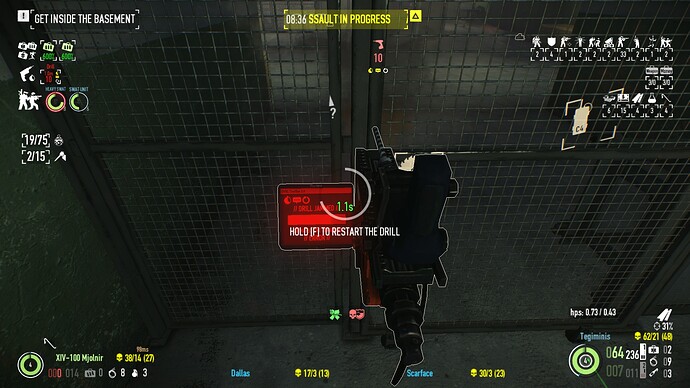 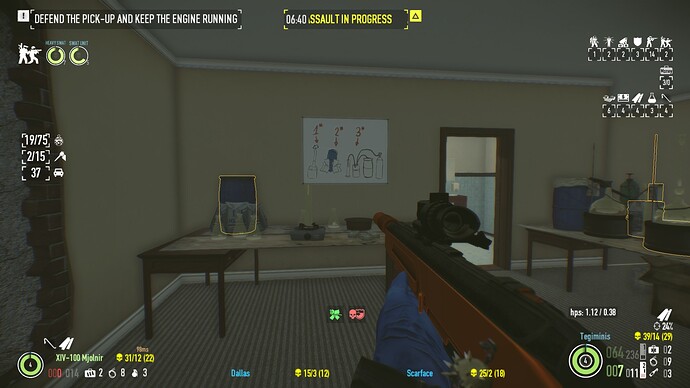 you come up with extremely broken builds that allow you to effortlessly obliterate everything in front of you. in this case, akimbo automatic pistols which almost never run out of ammo and can shred the highest health enemy in seconds. 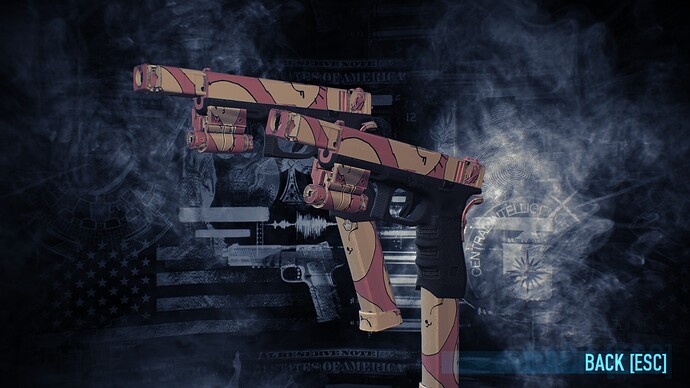 you make customized masks based on shape, material, style, and color. they don’t have to be actual masks either 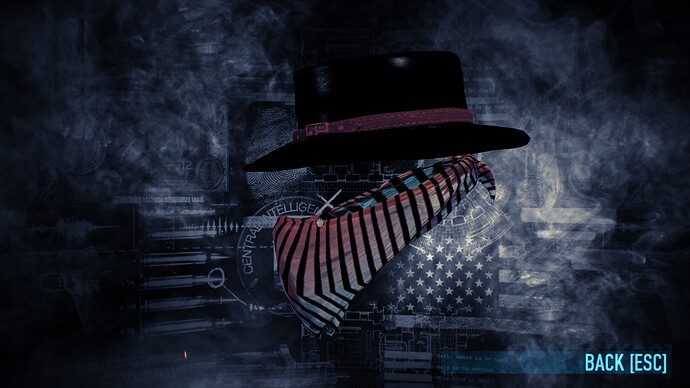 half the cast is crossover characters, including [nausea] ethan klein. a bunch of the levels are inspired by other games or famous heist movies. it’s like the super smash bros of robbing banks.

and of course there’s a completely deranged secret ARG running through the whole thing that, when solved, reveals a secret ending and implies that you live in a mystical universe of crime.

i think it’ll occupy my attention until darktide comes out at least. working my way through the achievements has been fun! if you played it in the past, consider giving it a shot, especially if you snag one of the bundle sales they do every so often. the legacy collection on steam is a good start and includes all the most important DLC

I’m curious what broughg you back to it? I always saw it quietly keeping it’s community alive with new DLC but did they do something recently? My coworker is also talking about it atm.

i played a whopping 390 hours of this game from 2013-2018, good luck in your struggle against the endless hordes pouring forth from the cop dimension gamer 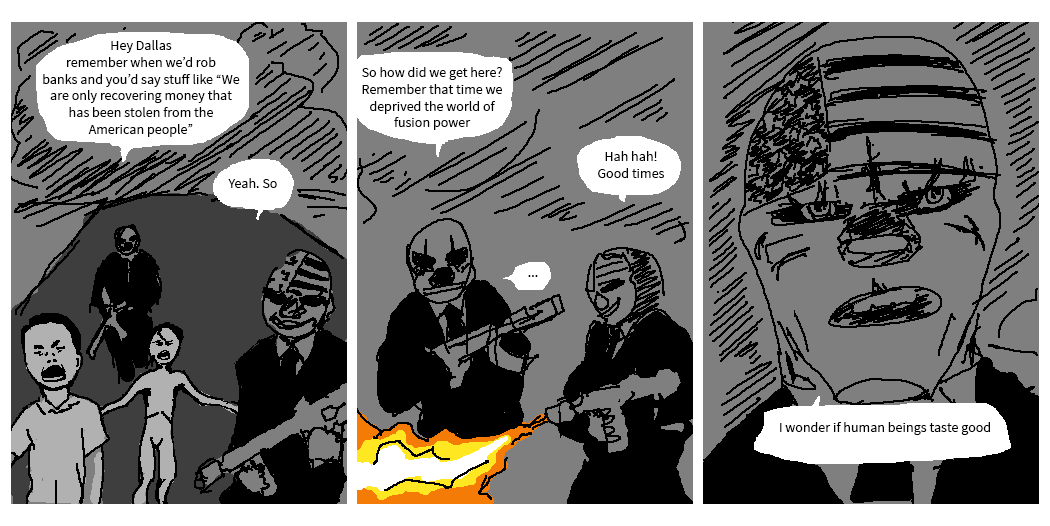 the humble bundle deal giving me access to all the dlc, mainly. although playing it right now i don’t think it’s super necessary to have a good time, legacy collection is probably enough. 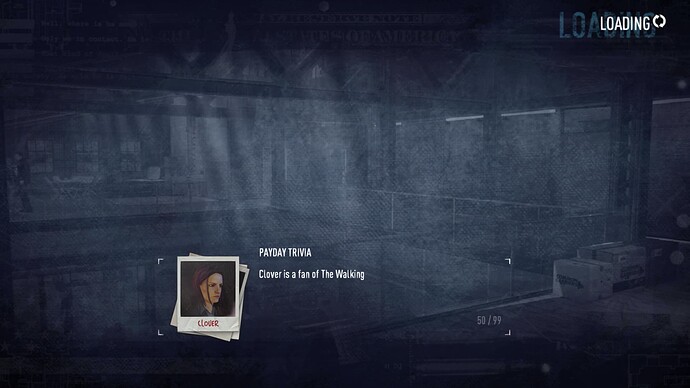 i played for like 15 hours on console two years ago, which has to be like the worst way to play it, and it was so clear it’s one of the best to ever do it. i was just saying to more than one person that i want to get Really Into It on pc sometime…! 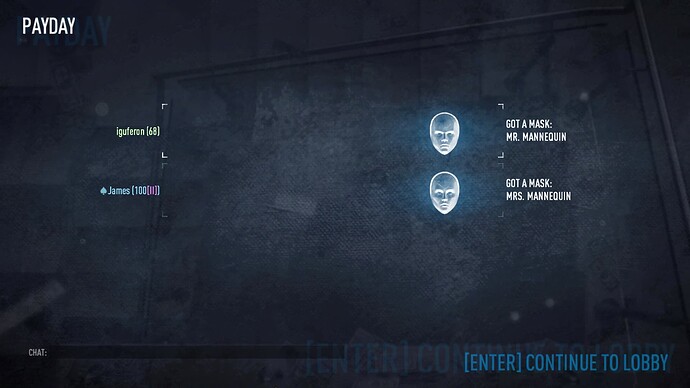 what did they mean by this

love how glitchy the ragdolls and corpses are 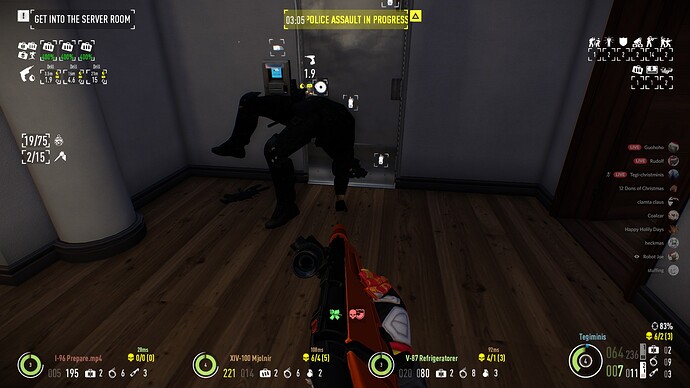 Payday 2 is like, every map is the diamond heist bullshit from the first game and everyone is deadly serious about doing all the Destiny shit

I just want to shoot cops

Over time Payday 2 has gradually made itself more into a goofy horde shooter and it is to the game’s benefit for sure.

Payday 2 is like, every map is the diamond heist bullshit from the first game

Ive always hated stealth heists and the fact that you can now filter stealth lobbies out made the game 100% better. You dont have to engage with the loser communitys obsession with never getting caught anymore, but on the other hand there’s way more people than ever who are like not annoying about the game if you do really do want to do the destiny shit. You can finally ignore all the slow stupid shit unless youre doing CAREER MODE >:) and focus on clicking heads!!

I feel like I have been waiting a decade to come back to Payday 2 when they did whatever they had to do to make it click. I played it pre-lootboxes, when it felt way to over-tuned, at least at the start of the game. Then all the weird pseudo battlepasses leading up to the lootboxes really turned me off. I’d love to party up if they’ve finally made the game sensible to play. 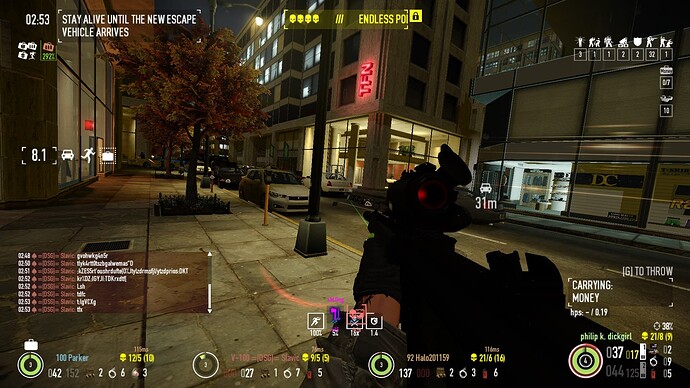 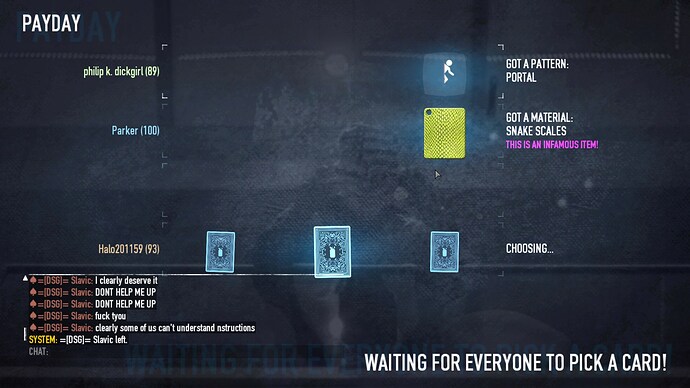 immediately after this a clown named “REALiNSaNgAMingGODPrODIgY” joined

@parker is, as expected, a consummate professional and superlative heister, always ready to help his comrades…

tombstone slugs and the phalanx are the most entertaining shit they’ve added to the game in years.

God damn it I just realized that actually parker is Kane and I am Lynch in our playstyles too, fuck

when youre ready to kill democracy 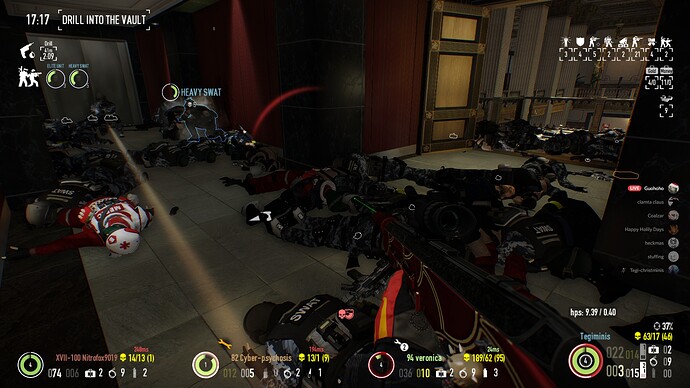 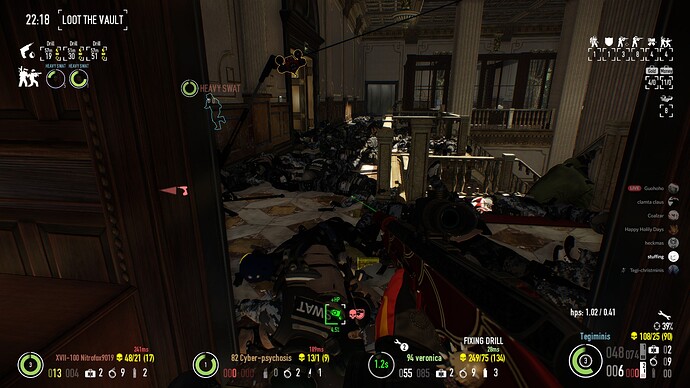 robbed a bank. had to shoot a few people. very restrained, only what was necessary.

The payday gang are masters of restraint 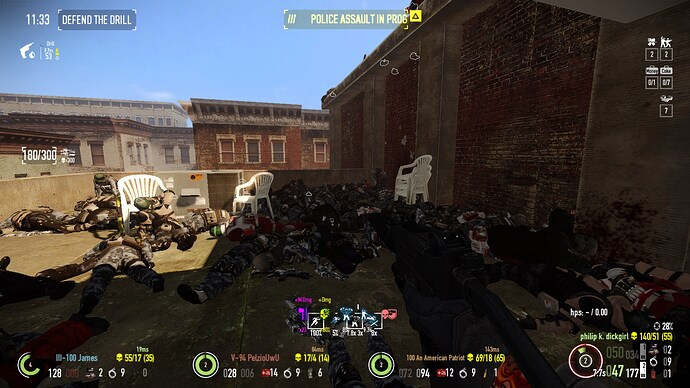