People are saying Breath of The Wild 2 is in May! Guess we will all be playing that and having endless debates that boil down to “I played this game for 50 hours and didn’t stop.”

Wanted:Dead being described as a love letter to 360 games is…so weird. But it has a lot of little weirdness that might make it good. But also don’t trust Team Ninja!

Final Fantasy VII R2 maybe also coming. I played the first like a fiend and I loved the ending so ready to consume more…on PC hopefully?

Canon Dancer homeport in March along with the Rayforce Collection by M2 starts the year’s Old Games You Can Buy.

Certainly do not want to buy a PS5. But might do it…for Final Fantasy VIIR2. Know a few of you seem excited for XVI and cannot figure that one out.

Be back when I think of some other old game inexplicably getting a commercial port as I just play things on the MiSTer.

I’m looking at my list and Zelda, Like a Dragon: Ishin, SF6, and Tekken 8 stand out as my interest points as far as big titles go.

FFVIIR2 is gonna be delayed, I have a feeling.

Between Bits and Bops, Palworld, Decarnation, and The Many Pieces of Mr. Coo, I should hopefully have at least one long-time-coming indie game actually release that I’m excited for.

of course i think zelda looks fun and im sure id love ffvii pt. 2 if only it would allow itself to be loved (were not on gods least favorite console the ps5) 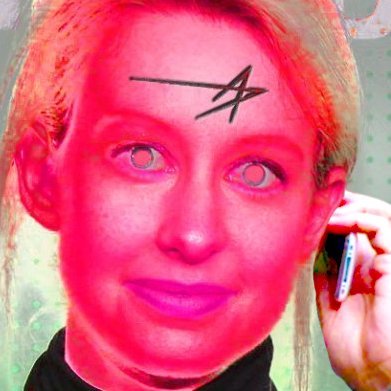 oh duh! resident evil 4 (2023) i have no reservations about that one ever since they showed you could parry a chainsaw with the knife

new re, new ff, new kojima, new zelda, it’s a good year to have stopped giving a shit if games were “original” or not

Alan Wake 2, Armored Core 6, Forspoken, and Pikmin 4 all sound like great games to play in 2033

Maybe Tekken if that comes out this year and has reliable netplay, though given Harada’s loud denial that anything is wrong with T7 netplay, seems unlikely. Otherwise probably just gonna play backlog stuff as usual

not a rhetorical question, who is excited for that game and how can i find them

there’s gotta be someone

it’s not me btw

I am going to purchase the new street fighter, it will be the only new release game I play this year, and I will be back here come years end talking about how it was my goty because it’s the only one.

I can’t think of anything I’m looking forward to on consoles other than Death Stranding 2 and I guess the Elden Ring DLC.

Well, Breath of the Wild 2 and Pikmin 4 might persuade me to consider getting a Switch eventually, since obviously they will never be on any other platform.

As far as computer games go:

Yes, I will keep playing anything these developers come up with.

I’m not so sure about the “Sekiro-inspired deflection focused combat,” as Sekiro was way too hard for me, but I’m still interested in this.

I’ll wait and see, of course, as with Callisto Protocol (which I lost all enthusiasm for after initial reports of its frustrating combat), but I wouldn’t mind an excuse to play Dead Space again.

No idea how good this will be, but I like the look and idea of it.

Maybe this one, if it’s not too hard. Though I don’t know that I will ever have the patience for any game that’s inspired by Dark Souls and has hard boss fights but is not developed by From Software.

Oh, and Crypt Underworld. (I can hope.)

Thanks for reminding me of Nine Sols

I would be looking forward to Breath of the Wild 2 except for the whole not owning a switch deal.

There’s some PC indie games I am looking forward to, they are mainly the same ones I listed in the 2022 version of this topic.

i am truly just excited to play Persona 3 and 4 for the first time, off Game Pass. I played 5R last year and it took up nearly all of my game time (in the best way)

i can’t even think of anything else i wanna play

I think I heard Yak8 is next year, but we should be getting Isshin and that Yak Gaiden thing with Kiryu this year

Here’s what’s on my Steam wishlist scheduled for 2023

The ones I’m most excited about are these two sci-fi horror games. I loved their predecessors, the Wolf3d-style-engine System Shock and the grey goo explor-action Redo

This kind of game is the ideal comfort food for me so it’s definitely on the list:

I don’t remember putting these on my wishlist but they look pretty promising:

I have hopes for Akurra that are almost certainly too high, I really want that one to be a keeper.

grim guardians is the big one for me, as well as the blind hope that the mega drive asuka 120% port comes out this year

So far yes. Not seen any console announcement.