SPAIN POKEMON... YOUR CHOICE: a cavewoman riding a dirtbike or a tron contestant riding a hovercraft.

On November 18th, 2022, Pokemon Scarlet and Violet will launch, and you will finally be able to explore Fake Spain on your motorcycle salamander.

The Pokemon franchise’s ambitions are all over the place these days, and I’m excited to see what mishmash of SwSh and Arceus we’re about to get. Scarlet and Violet apparently have a lot more open world shit, you will get to ride a legendary around like a motorcycle. This is what that will look like: 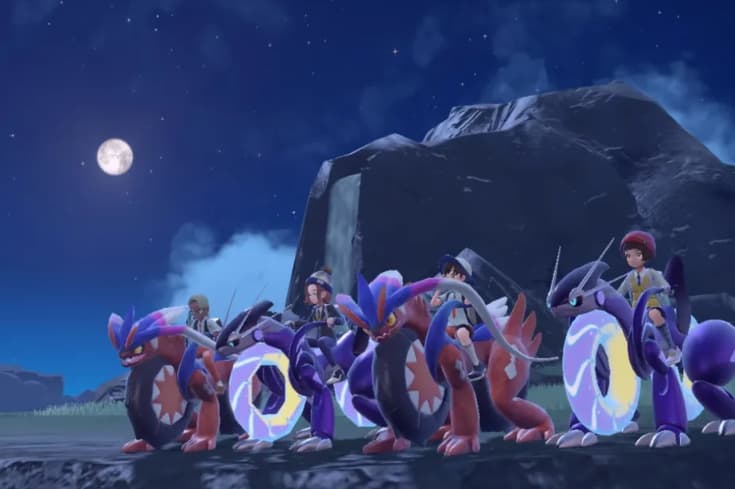 The games also come with different professors, one of whom is actually just a hot cavewoman in a lab coat. The other is a tron contestant. 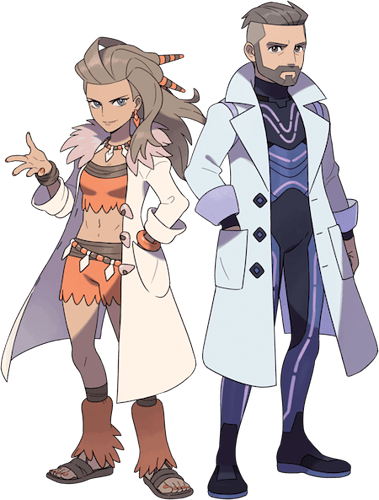 Finally… who are the starters?? Well one of them is Sprigatito, the Weed Cat. Another is Big Hair Donald Duck. The final one is a hot pepper who yells. Adorable. 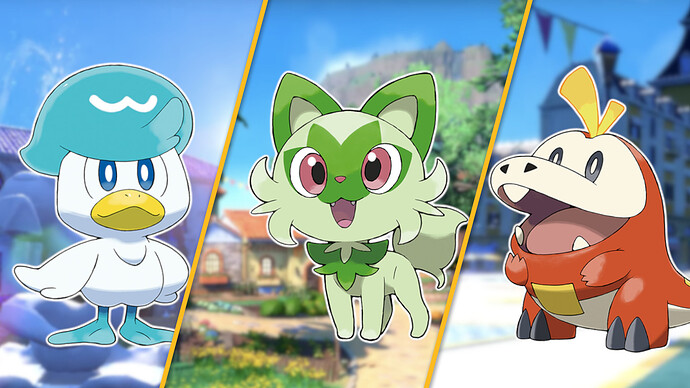 I am really excited for this one. Everything about it feels much more unhinged than Sword and Shield did. There’s a number of pretty serious mechanics changes, including the ability to fight gyms in any order, a major change to the breeding system where your pokemon bone down at a picnic rather than at a daycare, a plot apparently comprised of three main stories rather than just one gym-battling throughline, and a game-specific mechanic that involves putting a giant crystal crown on your pokemon to make them look like a sparkly queen. 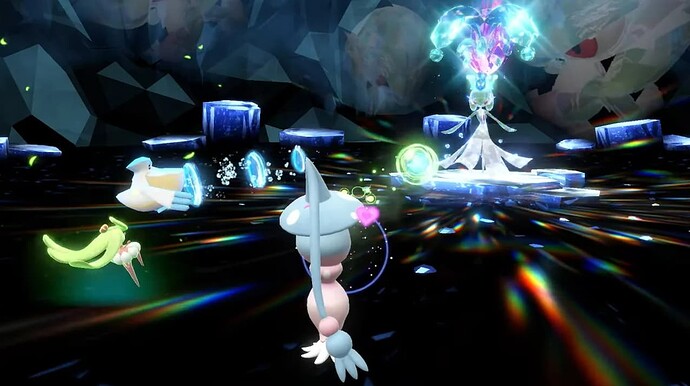 I hope to obliterate my entire holiday season with this. I am going to get Scarlet because I want the dirtbike pokemon real bad. I have not yet decided which of these starters I want and will wait to get spoiled on their final forms before choosing, I think.

Which one are you getting? Will you adopt the Weed Cat? Let us know…

I have already adopted the weed cat in my heart

I hope the weed symbolism makes its way to the final evolution of this guy, but knowing Nintendo they won’t have the guts to make it be a bong. It will probably evolve into some kind of tree themed lion. That’s my call

The Scarlet/Violet Pokemon they’ve announced so far are about 50% hideous and 50% cute. Here’s the ugliest one: 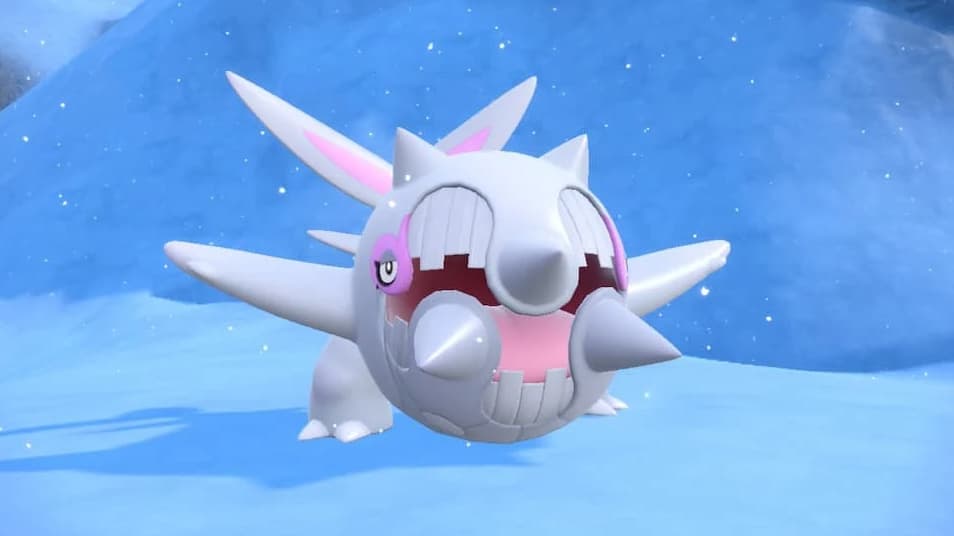 glad to see Ayla finally got her PhD

Important to know the mother fucker runs despite having wheels, which absolutely infuriates me

I have seen this and it’s deeply baffling… because both of the pokemon stand up on their legs when they stop, it actually makes me wonder if the weird turgid trailers for this game were recorded before the dirtbike pokemon’s bike animation was complete lmao 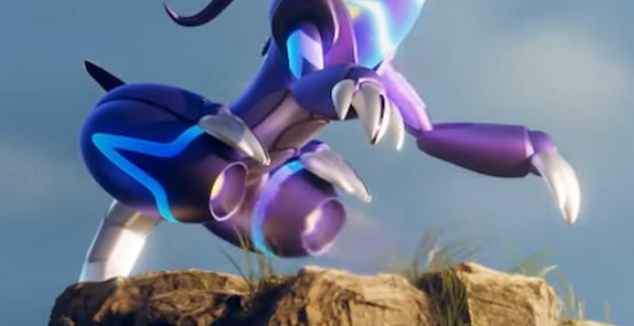 Undecided on Weedcat or Pompaduck. I can see final evolutions for the duck being like a Bancho delinquent or something. 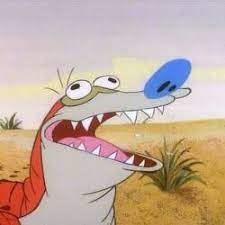 I don’t like any of them but I guess the Duck is the coolest. I prefer to start with the fire-types, though, so if I play this I guess I’m stuck with whatever the fuck that dinky dino-ass thing.

im not buying these but i would fuck the cavewoman

Looks like one of the gym leaders is a twitch streamer 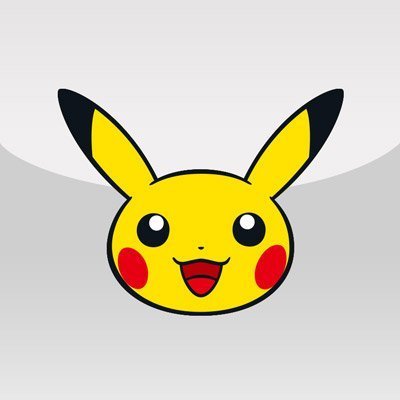 @Pokemon
Iono is known as the Supercharged Streamer, having gained popularity as the host of the Iono Zone—she even streams her work as a Gym Leader! Visit the Gym in Levincia to challenge her and Bellibolt! ❤️💜 pkmn.news/bellibolt https://t.co/qlp5D8XpsO

Her Pokémon is pointlessly odd… that frog guy’s eyeball-looking bits are actually just big electrodes on the side of its head, and its REAL eyes are the little yellow dots above its mouth. I thought it was cute when I saw pictures of it in passing earlier this week but now I think it is terrifying

Definitely going scarlet because of the hot lady and the dirt bike both. I love the whole starter trio but I’ll probably go with the pepper who looks like someone’s fakemon

I am in love with basically every Pokémon design they’ve revealed so far, they’re really knocking em outta the park.

A bit concerned about some of the design choices they’ve shown so far tho. Mostly the fact that battles appear to just happen right there on the map, health bars popping up over the Pokémon and the battle choices GUI popping up in the bottom right. It’s like the game is embarrassed for you to remember it’s a video game.

Also I’ll hold judgement, FOR NOW, on them making a fucking crafting system for TMs but that sounds like a goddamn nightmare. I do not want to “farm drops” in fucking Pokémon

Will the tail sprout into a fern-like plumage and thus continue the weed bit?

Trailer leans into some of that spoopy Pokedex lore

Hung out with a bunch of Spaniards this week and they were telling me all the secret Spain Facts about the announced Pokémon games. Apparently this pastry dog: 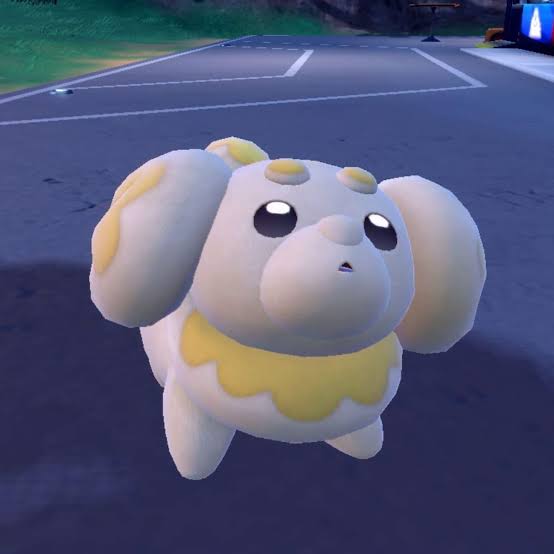 Is a reference to this historical hairstyle: 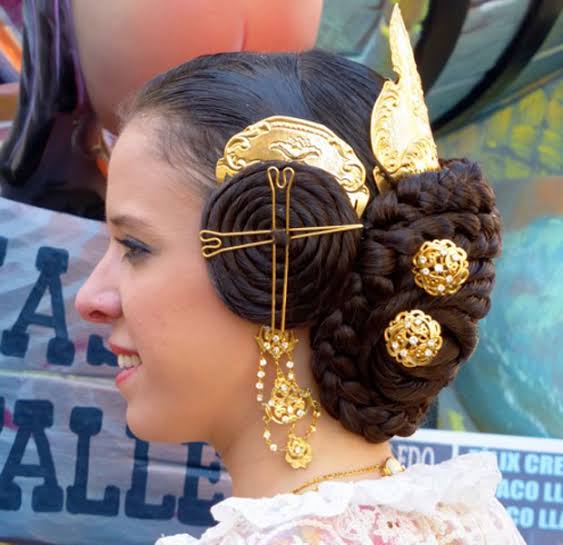 …and also a food reference of some kind! For some reason I had been thinking of it as “bagel dog” but I was wrong, clearly it is some kind of specific pastry…