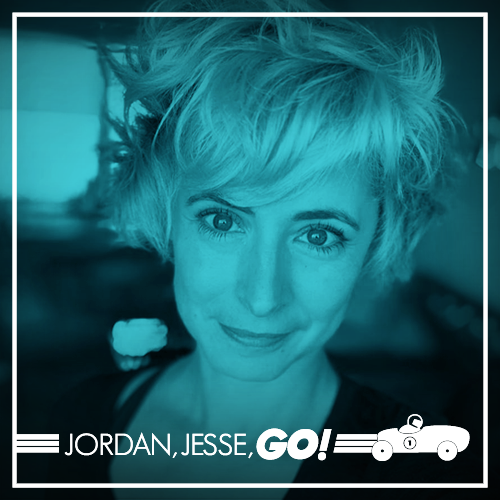 Heather Anne Campbell joins us to talk Gundam, old Macs, MiniDiscs and what it’s like to show someone a perfect movie they know nothing about.

@Faithless had to explain Gundams to Jordan and Jesse and it was a delight.

You may have been the guest to most ask them what the hell they talking about. And I had to take stock and went “oh yes this podcast that I connect with and is my happy place is unhinged.”

I’m a big fan of Pixelated Audio! And what they recommended They Create Worlds is also a good show which talking about business history of video games.

We once again return to the earliest days of game sound and music and trace the evolution from 1977 through 1984 in this historically focused episode. We go from the arcade boom, to early home consoles and computers, to the video game crash, and end... 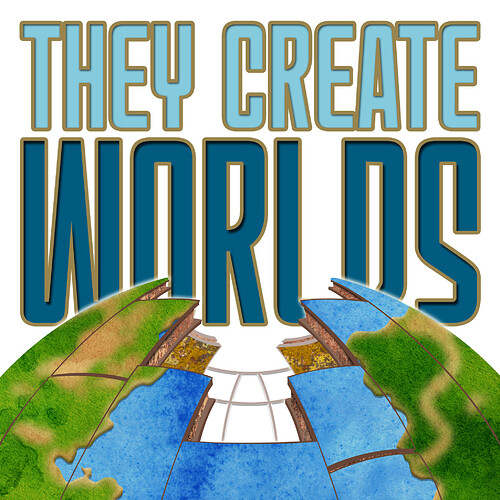 Love of the worlds created by video game designers and personalities drives Alex Smith & Jeffrey Daum (history, law, CS degrees) to provide a scholarly yet light-hearted discussion of how arcade, home console, and PC games merged into a Video...

I’ve been listening to the Chilluminati podcast a lot lately. 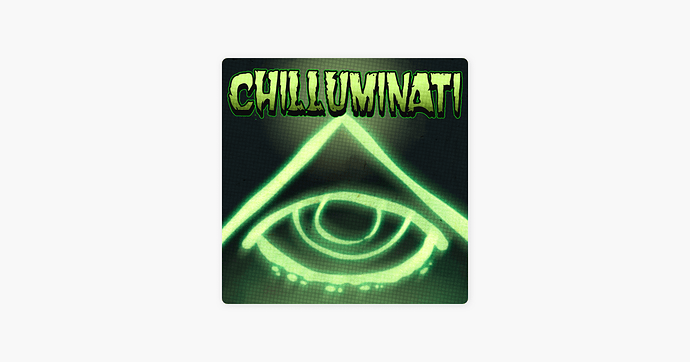 I skip over the true crime episodes and just listen to the more fun aliens/supernatural episodes.

Until this podcast
I had no idea the sort of ur-alien abduction story was from an interracial couple in the 60’s seemingly having undergone some sort of trauma at the end of their honeymoon. The story about aliens that came from their hypnotherapy session wasn’t even something they wanted to make public. Probably something awful happened to them and no one will ever know what that awful thing was.

One skeptic, one believer, and one in-between guy is a really fun setup for discussions about supernatural topics.

Haven’t listened to the episode, did they cover how that couple likely incorporated half-memories of a couple of outer limits episodes that aired a month prior to their experience?

Unfortunately they didn’t.
It would have really fit in well with what they did cover.

gonna shamelessly plug my new podcast in here since i haven’t yet. i think i posted it in another thread, but anyway. feel free to ignore the plug if it’s annoying.

it’s about indie music of the 00’s and the website Pitchfork media from sort of an “anti-nostalgia”/slight irony perspective. i have a co-host on it. we’re trading off editing duties so the episodes might sound a little different from each other. the latest one is about the band Interpol: 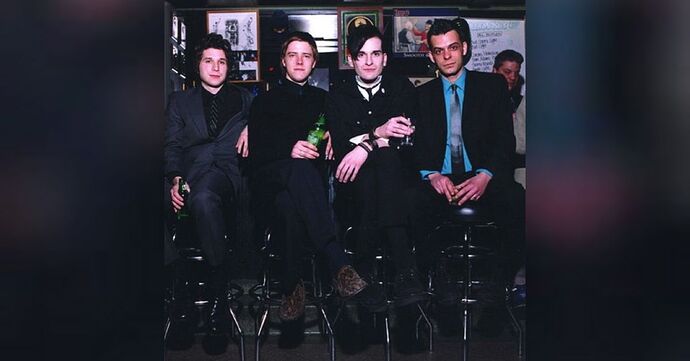 for the third episode we finally get to the NYC post-punk revival scene of the 00's, covered in the book Meet Me In The Bathroom, via its earliest critical success - Interpol's debut album "Turn On The Bright Lights" from 2002. we talk about the...

So far none of these albums are ones I ever got really into, but I’ve been enjoying the show a lot anyway. It’s fun to hear a critical look back at that very distinctive era in music culture now that it’s long over. Please do a Decemberists episode… An entire band that can’t even reasonably exist outside the 2000’s. Last time I checked in with them they were trying to transition into inoffensive Starbucks-core soft pop, lol.

thank you!! we will def do a Decemberists episode (because they are very much an of the 00’s phenomenon). maybe sooner rather than later since Castaways and Cutouts is from 2002. not exactly sure cuz it depends on what we’re up for. we’re definitely trying to mix in things that are not just indie kitsch of the era. i.e. the 5th episode is going to be a departure from the first 4.

Nice, I’m looking forward to it! I assume there’s gonna have to be a reckoning with Funeral at some point as well, that’ll be a good time.

I assume there’s gonna have to be a reckoning with Funeral at some point as well, that’ll be a good time.

oh absolutely we will. before we started this podcast officially we recorded a test episode that was about Funeral last year, so that will be a big one.

Last time I checked in with them they were trying to transition into inoffensive Starbucks-core soft pop, lol.

it is with great displeasure that i have to say that this describes an (un)suprisingly large amount of big indie artists from that era. 2010’s poptimism made selling out into a virtue, and tv advertisements and stuff of that ilk are the one big place a lot of indie rock/pop tropes of the 00’s ended up in.

2010’s poptimism made selling out into a virtue, and tv advertisements and stuff of that ilk are the one big place a lot of indie rock/pop tropes of the 00’s ended up in.

Yes indeed. And somehow even some of the big influences of those bands made it into ads. Thinking about that Pink Moon car commercial…

All praise to Elephant 6 for largely regarding their sudden fame as a weird fluke and just continuing to do their own thing right back into obscurity… aside from Of Montreal.

OK so I was just listening to this Interpol episode and you said at one point that you were expecting people to get annoyed by the way you were vocally imitating some of the instruments in the songs you were discussing. I wanted to say, I really appreciate when you do that! It’s funny, and it also helps me understand exactly what parts of the music the two of you are talking about without having to brush up on my music theory, which I was never good at and only ever learned in a classical context anyway. And if I, who can play two instruments, find it easier to follow when you do that, I bet non-musicians REALLY find it helpful. It’s good imo!

want to check in and mention that I adored this record when it came out, it was probably the first piece of 2000s pitchfork music I really attached to in high school, I probably know all the songs by heart, but it’s going to take me a while to listen to this episode because I am usually mortified by any context in which it is brought up

same, except I’ve never really talked about interpol with like, anyone, so I basically have no idea how anyone else feels about them 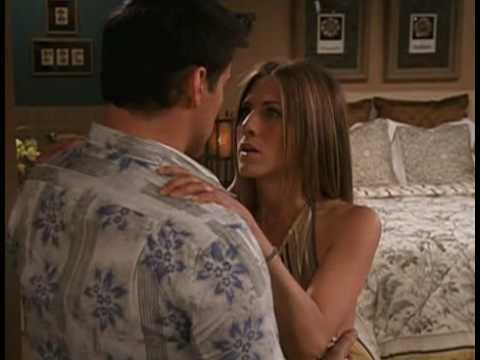 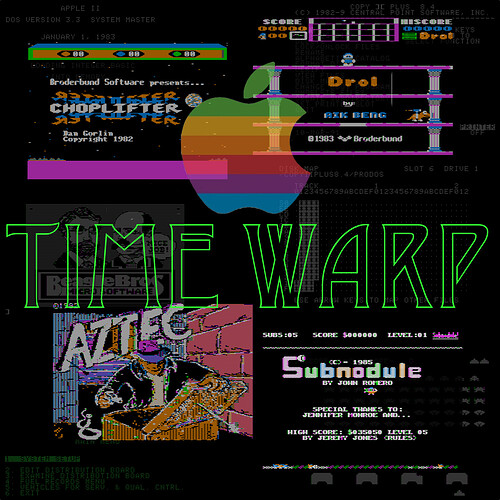 John Romero and Craig Johnston talk about the early days of games on the Apple ][, interview Apple ][ game programmers, and generally cover topics relating to Apple ][ games and history.

@ellaguro omg I can not wait for your Kitschfork episode about Geogaddi. Definitely a top 5 favorite album for me. I discovered it in high school (through fucking Salad Fingers of all things, since it used “Beware the Friendly Stranger” as background music), and it was kind of my gateway to electronic music. The sinister ghost in the machine occult spiritualism psychedelic time travel artificially intelligent educational documentary vibe it’s got going on really draws me in. It feels like a whole world you can inhabit.

I just listened to the Liz Phair episode. I’d never actually checked her out, but based on you and your cohosts’ recommendation I downloaded Whitechocolatespaceegg and I’m enjoying it a lot.

thank you! yeah we’re recording the Geogaddi episode tomorrow (will be up in like a week and a half or whatever after i edit it). i have read so many Boards of Canada interviews in the past few days…

i’m sure i’ll say this on the podcast, but i almost feel spoiled doing this particular album this early (and doing another album we’re doing shortly). like the whole point of “kitschfork” is talking about these dated of the moment indie rrock 2000’s tropes… and yet we’re covering one of the albums that sounds the least like it comes from any particular place and time that i’ve ever heard here early on in the podcast. going to be hard to go back to talking about a lot of stuff like Spoon and The Decemberists and stuff after this. i sort of have a feeling we’re going to get tired of the running through the 2000’s indie checklist after a certain point lol. gotta find some way to throw more episodes about electronic music in there.

edit: also i really wanted to get like some electronic/vaporwave-adjacent musician i know as a guest on one of these episodes. too soon for this one even though it would have been perfect. but yeah at some point.

The preparation for a dive is always a tense time.