gonna shamelessly plug my new podcast in here since i haven’t yet. i think i posted it in another thread, but anyway. feel free to ignore the plug if it’s annoying. it’s about indie music of the 00’s and the website Pitchfork media from sort of an “anti-nostalgia”/slight irony perspective. i have a co-host on it. we’re trading off editing duties so the episodes might sound a little different from each other. the latest one is about the band Interpol:

it’s me and my cohost Max’s (previously of the podcast Desert Island Discourse) podcast re-litigating our musical youths on the internet in the 2000’s and the “indie kitsch” of the era… embodied thru Pitchfork media.

the current episode is our spicy takes on the most 2000’s indie rock of all 2000’s indie rock bands (for better or for worse), Spoon and their 2001 breakout “Girls Can Tell”. listen to me call them “MOR music for rock nerds” among other things. as well as just general music discourse in the latter half of the episode 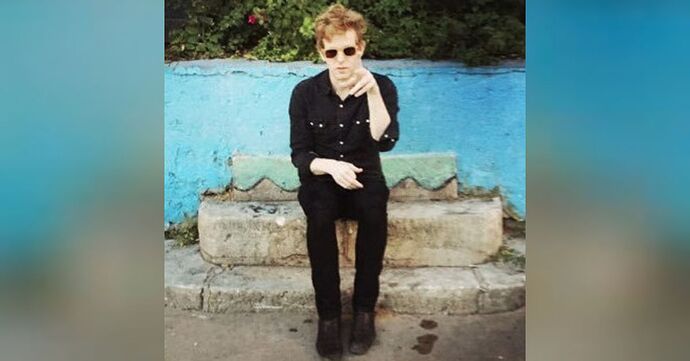 our sponsor: https://imitone.com/kitschfork/ EMAIL us: kitschforkpodcast@gmail.com today we begin by looking at a band that truly embodies 2000's indie rock in all its tropes (for better or worse): Spoon, and their breakout album - 2001's "Girls Can...

also enjoy this related meme of mine 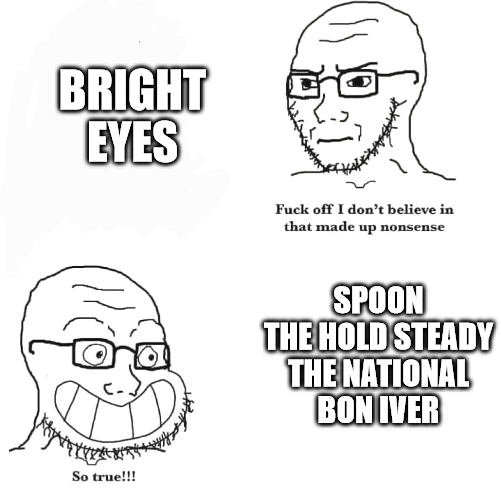 I’ve been meaning to listen to the Bjork one. I was listening to it and your discussion about Debut made me stop and go listen to it, and then I’ve just been listening to Debut a lot lol. I wanna get back to the actual discussion of Vespertine.

Apparently Slacker is bubbling to the top of the collective unconscious I refrenced it on face book and now its in this podcast. I haven’t thought about the film in years

I was never a big Bjork fan, but I liked your episode about her! When you described Debut as essentially just a house album, that made me more interested, lol. I’m gonna give it a go.

I did listen to Vespertine thanks to that episode, and it is pretty good! Fantastic production. Something about Bjork’s voice and the high drama makes it kind of hard for me to get too into at this stage in my life but I definitely respect this record.

Remember when we were at Electronicon and I said that the one Bjork song I ever got really into was the one from the Being John Malkovich credits? I found it. Turns out it’s a Vespertine b-side. 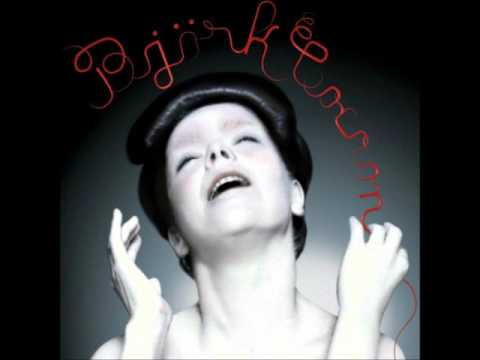 by the way, this is very funny. we literally just recorded this next episode a few days ago and i said something about Pitchfork giving them a 10 (cuz we talked about an album that got a 10) and then i was like “no they’ll probably give it a 7 like they give everything else” 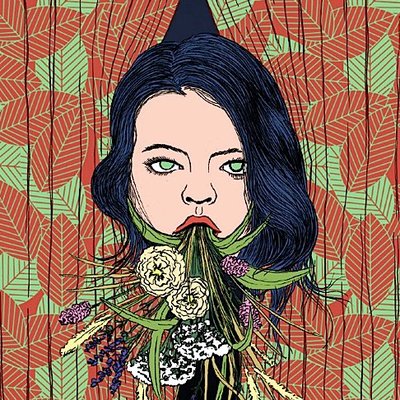 @ellaguro
i guess i will spoil that we had @HCMJmagic from @ddsnuwrld as a guest on the upcoming Kitschfork episode, and i joked about Pitchfork reviewing DDS's new album and giving it a 7 because it's the score they give to literally everything now. and just a few days later.... https://t.co/YTBHY5Ss9J 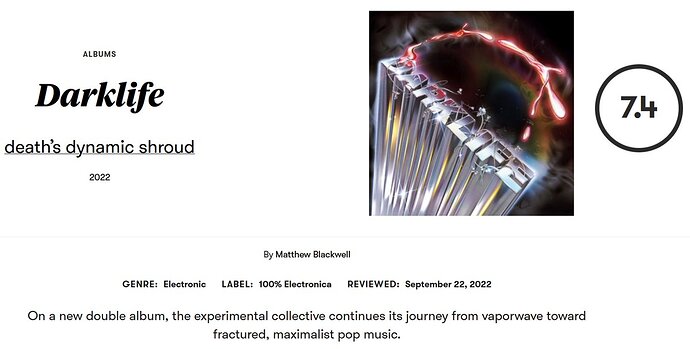 yeah, i think the 90’s nostalgia is in full swing. also Max (my co-host) is from Texas and it legitimately is either her favorite or one of her favorite movies from what she said, so it seems like it would have come up eventually. 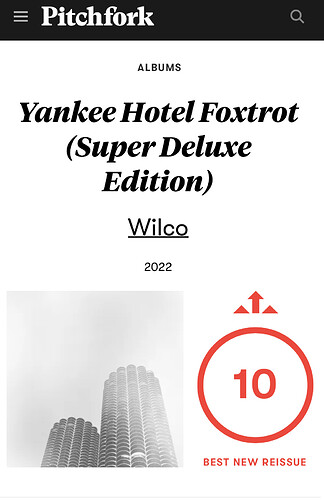 THEY’RE AT IT AGAIN

When you described Debut as essentially just a house album, that made me more interested, lol. I’m gonna give it a go.

there’s a new episode out (finally!) 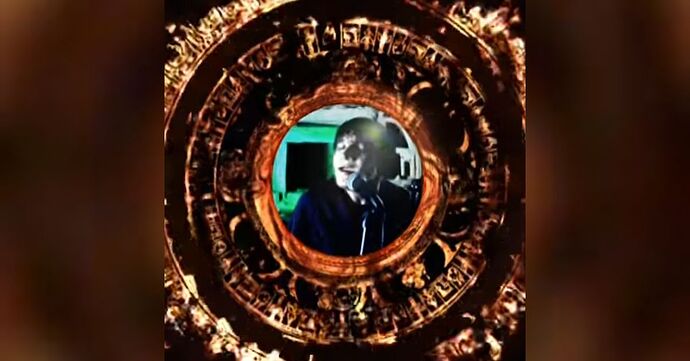 our sponsor: https://imitone.com/kitschfork/ EMAIL us: kitschforkpodcast@gmail.com various forces of humanity and nature conspired against you hearing this episode, but we have prevailed. we welcome James Webster, member of the cult...

the album also famously got a 10.0 by Pitchfork, though it’s been kind of forgotten in several ways compared to other albums famously acclaimed by them. however, it was my first time listening to it this year and… i really liked it. i guess it wasn’t part of the dominant trend at the time in rock music, but that’s sort of a shame… because i honestly like it better than a lot of what was around then. so this was a really fun episode to record overall.

also i sorta went thru hell editing this episode. it’s already one of the longest we’ve done and just when i was nearing the end… my Audacity project file just straight up corrupted and it was unrecoverable. it was so horrible. i did have a backup but it was very early on in editing the episode so i basically had to redo the whole thing. so yeah… it felt like a massive ordeal to finally get this finished.

anyway, i hope you all enjoy it!

we have a new episode out finally! 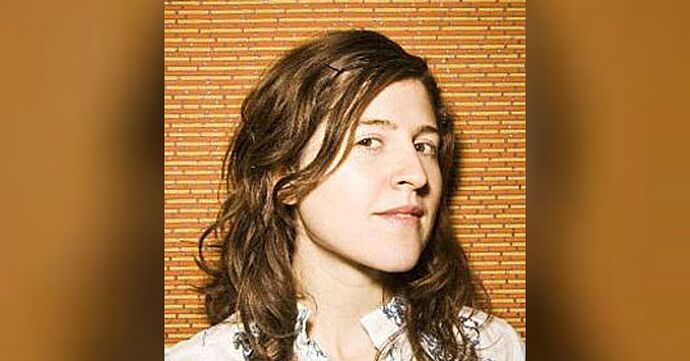 we talk about Mirah and her 2002 album “Advisory Committee”. you might know her has being a musical collaborator of the Microphones/Mount Eerie’s Phil Elvrum, as well as being a former Olympia resident and artist on K Records. she also was out as an openly queer artist in a time where that was a lot less common.

her music is kind like a musical cousin to the Microphones: less ambitious and brooding and a bit more twee and approachable, but still full of a lot of character and interesting sounds and ideas.

Wow I forgot all about Mirah. I appreciate this podcast of yours, really takes me back

yeah! thanks for covering this. i had an intense period of listening to this album constantly in 2002-2003 because all my friends were super into it but i never really knew much about it. hearing it again i am getting like intense sense memories of those days, very weird

ahhhh, love mirah! was just listening to you think it’s like this yesterday

Finally started listening! I had stayed away bc that era of time is definitely not something I remember fondly. But I listened to The Shins episode on a long solo drive tonight and it really hit. I had a close friend in my younger years that I used to talk about music and shit with a lot, but that friendship ended. So, I dunno, I don’t really have conversations like that anymore. It was nice to hear two people talk about that music and time in a familiar way, like a conversation I could have or something you know? But yeah, right there with you about Know Your Onion being the best on that album. I remember scream-singing that song a bunch in my car with that same friend.

I haven’t been posting in this thread lately but I have been keeping up with this podcast and enjoying it thoroughly. I’m really glad you were able to make that connection at Electronicon, because that episode with the DDS guy was excellent. Great, insightful guest!

I’m so happy every time you make a random Elephant 6 reference. You’re one of the only people I’ve met whose brain has been marked even more deeply by the Olivia Tremor Control than mine. If you ever do an episode on one of their albums and you’d like a guest, I’d be down. No pressure or obligation of course.

If you ever do an episode on one of their albums and you’d like a guest, I’d be down.

we’ll definitely do an OTC episode at some point, though i’m not exactly sure when. i will let you know whenever we do though!

forgot to post that there’s finally a new episode! 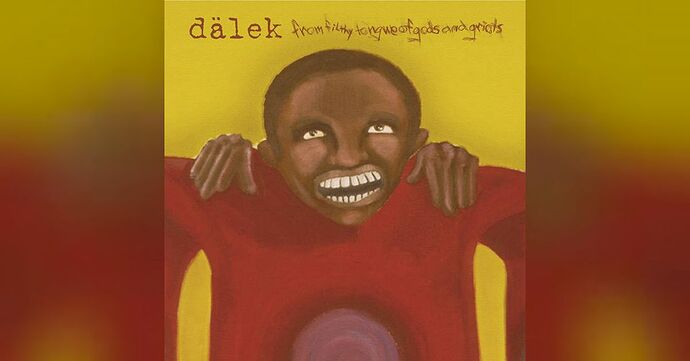 our sponsor: https://imitone.com/kitschfork/ EMAIL us: kitschforkpodcast@gmail.com WE'RE BACK FROM THE DEAD! today on our 14th episode (originally recorded in late November last year), we talk about experimental/industrial hip-hop pioneers from New...

we had various troubles scheduling multiple episodes that we had to either reschedule or cancel in december and i had real life stuff and Max got sick. but we’re back and hopefully going to try to somewhat consistently stick to a schedule again.

this time we talk about experimental/industrial hip-hop pioneers from New Jersey, Dälek (aka Will Brooks & company) and their 2002 album “From Filthy Tongue of Gods and Griots”

Dälek is sort of an early iteration of a hip-hop artist that crosses a lot of different genres and like they were on Mike Patton’s Ipecac Recordings for a bit. they toured with a lot of other non hip-hop artists. i actually had never heard of them until Max offhandedly mentioned this album while recording the Blackalicious episode. i think it’s definitely a case where i have no idea why this artist still hasn’t gotten their due, because a lot of like experimental/industrial hip-hop of the 2010’s i.e. Death Grips and clipping. and other artists owe a lot to them.

but yeah, definitely worth checking out this album if you haven’t. seems like a lot of people missed out on them for whatever reason (even tho this did appear in Pitchfork’s best albums of 2002 list back in the day):

they’re also still active today, thankfully. definitely going to check out some of their other albums.

so the next episode is a 90’s flashback about Pearl Jam - No Code (spoilers) and we’re eventually doing an episode on Modest Mouse that we had to push back further, but… we’ve had a lot of difficulty deciding what to focus on when it comes to 2003 Pitchfork indie, so i made a twitter poll to help us choose the first of these very much Pitchfork indie albums we want to tackle for the podcast:

@ellaguro
POLL: which one of these 2003 Pitchfork indie music staples should @lastyears_model and i tackle first for this current year/season of Kitschfork?

feel free to vote! it expires in about three days from now.

as i anticipated, Sufjan Stevens officially won the first poll, which means 2003’s Sufjan Stevens Presents… Greetings from Michigan, the Great Lake State will be our first episode of the second season of Kitschfork, immediately after the upcoming Pearl Jam episode. i am slightly surprised/disturbed by how well The Decemberists did and how close it was between those two, so we’ll probably have to do that album eventually.

now i’ve made another three-day poll for the album we will (likely) do after that. these are all albums from 2003 from artists who were (outside of Xiu Xiu somewhat) pretty well-established at the time, and tend to be like low-key fan favorites from these artists.

@ellaguro
POLL: which one of these low-key fan favorite albums from established artists in 2003 should @lastyears_model & i cover first for the second season of Kitschfork?

feel free to vote! really looking forward to the results on this one. i don’t really have a good sense of which one will win here like i did with the Sufjan album.