Continuing the discussion from Movies You Watched Today: Return Of The Thread (Part 1) - #2022 by notbov.

Movies You Watched Today (The Remake)

i watched these when it was today, but in the past.

the apple - extremely funny disco musical about how the devil is a music executive who loves fashion and drugs and you can only be raptured if you speak “love, the universal melody”. incredible costuming. kinda falls apart in the last few songs because there’s nowhere for the plot to go. the overt christian theming where all queers are villains because that’s hedonism was definitely a drag, but they also get the best lines and costumes, so who wins this one?

also the middle song is about doing amphetamines

thanks @BustedAstromech for showing me this

once upon a time in mexico - robert rodriguez doing a godfrey ho movie. this feels like 3 different movies, filmed at different times, grafted together into one random hodgepodge. this said i love some of the action setpieces (pendulum swinging down a building?!) and i too would scoop johnny depp’s eyes out of his skull with a spoon. 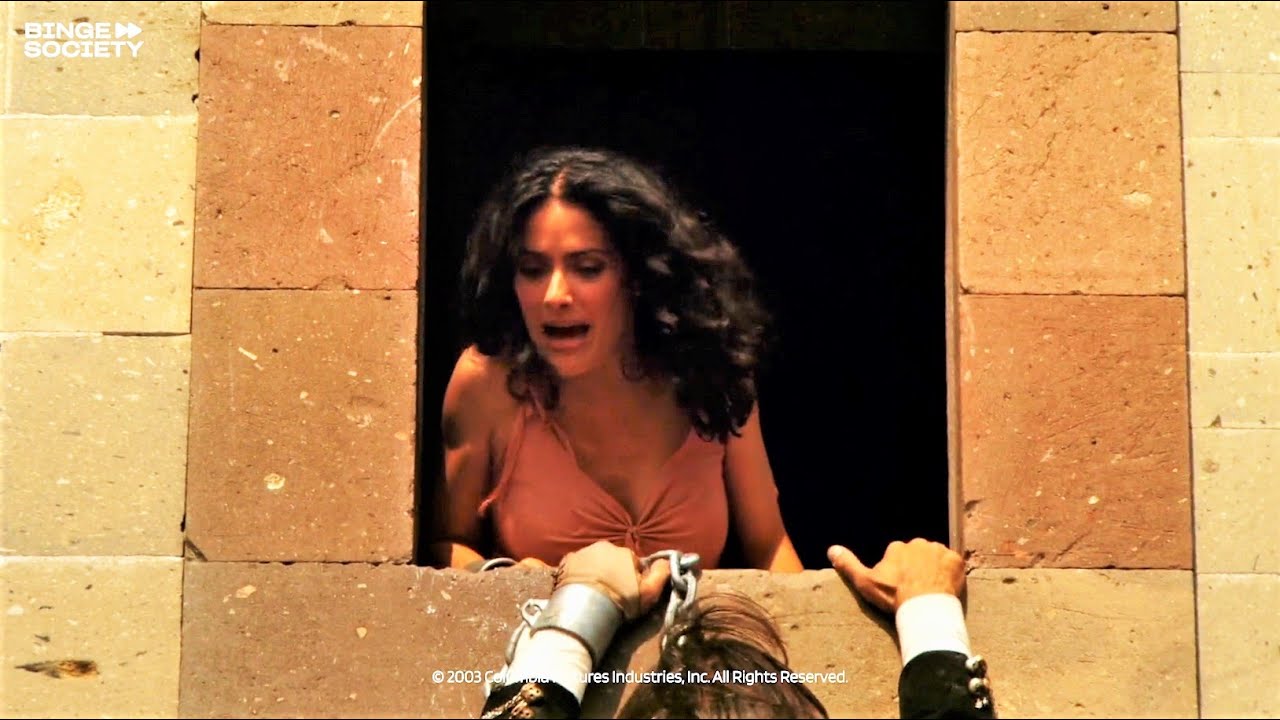 i liked it but desperado is about ten thousand times better

radioactive dreams - my favorite albert pyun at this point, probably his masterpiece. two guys who grow up in a nuclear bunker reading hardboiled detective fiction eventually come out and immediately get caught up in a scheme to get the key to the last nuke. “post-apocalypse comedy noir” is the closest genre analog. what if fallout was about the 50s meeting the 80s?

the two main actors are fun actors and sell their naivety well. one of them is just fucking freaking out the whole movie, absolutely crackling with energy. some great subtle physical acting! plot is kinda hard to follow but the main characters are as confused as everyone else so it feels right. also it has a made-for-the-movie rock opera soundtrack which is so good 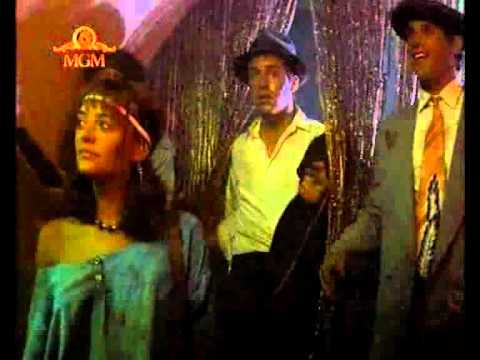 this review by someone else on letterboxd is probably the most accurate way i’ve seen someone capture the vibe.

super feel good movie with tons of charm and heart. i hope it gets a restoration or re-release.

nemesis - another albert pyun. this time, he’s read all of the sprawl trilogy and decided to condense it into one movie! a guy who may be more machine than man is set out on a path to save humanity.

the action in this movie is fucking crazy. you’ll have some slow dialogue closeups of sweaty guys, and then suddenly mooks literally crash through the walls with steadicam-mounted machineguns blowing holes the size of basketballs in whatever they can see. a mudslide cyborg decapitation. the protagonist even does the thing in the raid where they escape in a multi-story building by shooting through the floor.

plot is kinda whatever. i love how nonsense it is personally, none of the stakes or relationships make any consistent sense and the random lore details (“after the merger of Japan and America”) are so funny that i don’t mind. could’ve used a trim, i think it’s like 15 minutes too long maybe, too many establishing shots. ultimate cyberpunk action vibe tho 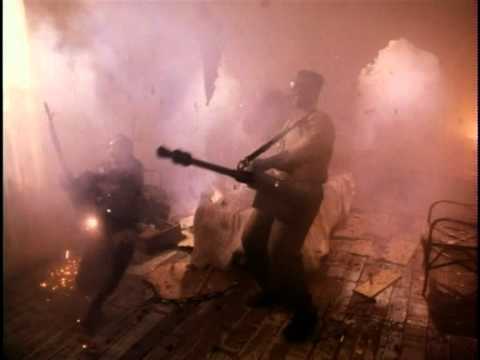 oh god, someone showed The Apple a few weeks ago at a movie night I missed, and then apologized for it because it was so bad, I only hear about it in whispers and echos

I can see people hating it because of how moralistic it is, but the reverse is it’s a masterpiece of camp musical devil worship and I love that.

Watched The Bad Guys on Friday while I was slug-brained on delta 8, I liked it.

The biggest strength of this movie is the really expressive animation, I loved how vibrant and cartoony the motion is:

The high point is the dynamic between the wolf and the fox, which is very playful and natural without feeling forced. I like the back and forth of two predators hunting each other throughout the movie. Also though the action scenes are really fun and move at a great, fluid pace. Again, very cartoony.

The rest is pretty stock-standard. It has a really weird universe where the only animal people are the Bad Guys, the mayor, and the villain, with everyone else a human or a regular-ass, non-sentient animal.

In one case, the bad guy is this guinea pig, and he uses a machine to control legions of other guinea pigs, all of which are just regular rodents, and it’s just not regarded. Probably not supposed to overthink it.

Probably not supposed to overthink it.

I hate this sort of thing because I can’t help myself, I absolutely will overthink it and it ruins everything

oh god, someone showed The Apple a few weeks ago at a movie night I missed, and then apologized for it because it was so bad, I only hear about it in whispers and echos

this person is a goddamned coward

The Apple is art

Last week I finally finished watching the first part of Baahubali, a mostly goofy and enjoyable movie that derails hard into some real “ah yeesh oh god” collar-tugging when it goes into the movie-within-a-movie bit where Baahubali’s dad (played by the same guy, of course) goes to war with, uh, an army in blackface. Tongue clicks and all. Jesus Christ.

Anyway, I enjoyed the “C.G.I.” text that gets imposed on the screen whenever someone fights an obviously CGI bull, or throws a horse at some guys, or runs a horse through fire (that kinda looked real, makes me wonder if they actually did it and just threw that CGI logo in the corner as a cover). They kinda abandon using it later on, too. Guess we’re just supposed to know.

The movie strikes a real good balance between not really having the budget to pull off some of the effects and action it wants to, but by god it has the heart, which means there’s stuff like a real good scene where Baahubali is running along the walls of this CG castle looking like he’s straight out of Nick Arcade.

The blackface is fucking awful, though. I can’t get over that shit.

Haven’t started the sequel yet, but this is one of the first screens that comes up. Seems promising. 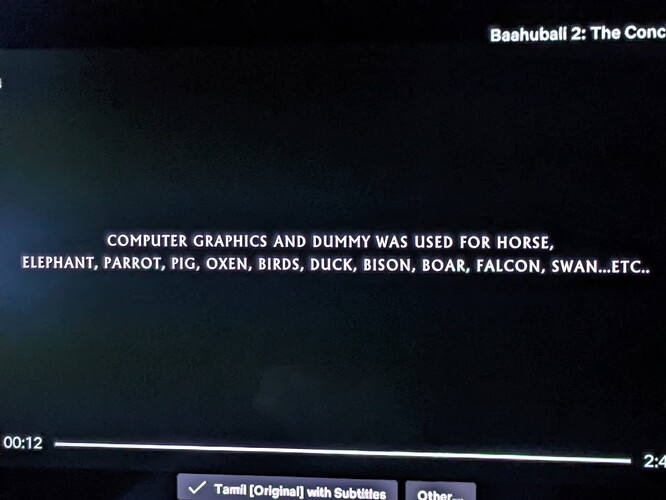 Yeah this is based on a like 10 book long kids book series that my kid loves, so he was giddy to watch it. I got to miss it because my wife took him, but I will probably end up seeing it whenever it shows up on a streaming service, because kid. Honestly, didn’t look like the worst thing I’ve watched because of him.

I watched Blue Velvet again after a shit weekend on set.

There was a period of my life where I watched blue velvet multiple times a week for months.

I will watch The Apple, at any time, with someone who has not seen The Apple. I have paid for podcast bonuses to experience more people watching The Apple for the first time.

Saw Fellowship Of The Ring today for the first time in maybe over a decade. Still looks pretty good, forgot how many fucking memes were spawned by lines in the movie. Gandalf’s lines are all still pretty good. The CGI is a lot less obnoxious than I was expecting (except for the cave troll, imo)

michael bay’s ambuLAnce is alright but it’s no 13 hours, his one actual great movie. some impressive drone work though. every bad thing that happens is because of a cop and the only good character on the law enforcement side is a gay fed who just wants to talk things out. the movie ends with one of the bank robbers on the ground dying and the cops just standing there and the emt lady is all what the fuck is wrong with you and goes to save him and humanity wins out. that’s all nice but what I was actually hoping for was 13 hours but this time with cops on the receiving end of the digitally filmed stylized violence. unfortunately the robbers have rules about killing because they’re not cops and that would result in actual consequences for them.