As you may know, I’ve been obsessively watching movies for awhile now. The problem for me is, a lot of what I see just stays with me and I don’t really share things with other people even when I want to. That’s when I started thinking of starting a movie club.

I came up with something that excites me. Instead of selecting a singular film for everyone to watch and comment on, what if there was an overarching category? And instead of selecting the films by committee, what if each person could contribute their own film?

I see it working like this: a category is chosen for a month. Each person who wants to participate watches one movie that fits into the category and writes about it. Ideally, it would be a movie they’ve never seen before. The goal is to explore as a community and push a bit beyond the obvious. They can write as much or as little as they want. They could even just post screenshots and say “It rules.”

Then, each person has to watch at least one movie that a different person posted about. They could watch every movie that gets mentioned, too, if they felt like it.

Movies we watch could fit into several categories

What does everyone think? What sort of changes would you make to the format? If people dig it, we can start in June.

hell yeah i love this

There definitely seems to be enough people interested in this, so now for the hard part. What category do we choose for June? How to we choose the category? Right now, I’m thinking that anybody who has an idea can make a post (please just one). Whichever topic gets the most BPs is the one we go with.

On the other hand, I could just make a poll with five ideas and next month somebody else gets to be the pollmaker.

here are some stunt actors whose credits will probably be of major interest in this endeavor! 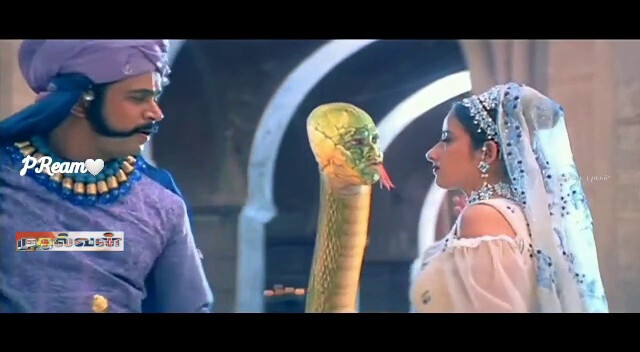 Indran suffers from narcolepsy, a sleep disorder that makes him fall asleep at the slightest excitement. He meets Meera and they fall in love but one night, they are attacked by unknown persons. Indran panics and goes into sleep, while Meera is raped. Indran must rely hard on his wits to find the assailants and overcome his condition get his revenge.

ok so like the first hour is a decently lighthearted romantic comedy showing how this guy with the invisible disability gets his life together and perseveres to win the heart of a beautiful girl, get a stable job blah blah, and they have a cute life together. but then… gang rape scene out of nowhere. why? to give this guy an excuse to go Taken/John Wick on the bad guys, i guess. truly could not be a more jarring genre shift and completely gratuitous violence.

there’s a jilted suitor who the gf character previously rejected, and one expects he would be the villain (who hired the goons that do the gang rape). but having read the wikipedia plot summary, that is apparently a complete misdirection and the real bad guy is one of the protagonists’ friends (Friend A), who is mad at him for exposing some kind of sugar daddy scheme that Friend A’s gf was running on Random Stranger B. none of this is shown on screen prior to gang rape scene. the reveal really doesn’t seem to have any plot coherence whatsoever, like why was this the plot? what do these people have to do with the themes of the work.

anyway, yeah, we shut it off after the gang rape scene and I read the plot on wikipedia later. really disappointing

someday i will watch a tamil action movie that does not hinge on the brutal rape of a female character to spur the “hero” into killing a bunch of people.

Velu Naicker, who witnesses the brutal murder of his father, kills a corrupt policeman and escapes to Mumbai, only to become a gangster.

copied from my letterboxd review

lot of weird stuff about this movie. kamal haasan’s typical “vaguely materialist pro-union but also about idealist humanism somehow” politics; velu marrying a 16-year-old without even asking her beforehand (does she get a say?); the fact that velu shows very little criminal smarts for a boss, apart from “one weird trick to smuggle your liquor in-country” (and in fact we never see his theoretically-bustling criminal enterprise); the fact that his scions are so ill-prepared to assume the mantle of Naicker that it immediately ends in disaster; the use of caste names such as Naicker, Iyer and Reddy as commonplace synonyms for the men behind them; the pseudo-funk that plays everytime the hotshot young AC of Police is shown brutalizing poor people; some truly superfluous songs (included to show more gyrating women, one assumes) mixed in with the plot-relevant ones; the score’s insistent strings swelling at every twitch of a facial expression.

Nayakan asks questions about liberation, but does not do so well at answering them. the movie touches upon the power of collective action of the oppressed masses here and there (notably the fantastic scene where Velu’s slum goons tear up a wealthy developer’s home, tossing his furniture out the window). but as the movie progresses, we see the power rest increasingly in the seat of the Naicker himself - specifically the power to kill, beat, and punish. Despite his Robin Hood aspirations, Velu clearly thrives upon being seen as the one in power. in this way it is very much about a form of South Indian masculinity, a patriarchal mode which thrives on control - of resources, land, people, and outcomes. In the end, it’s very hard to argue with his daughter’s perspective, that everything Velu touches seems to die, including his loved ones. he wants his children to choose a different life, but fails to take the steps necessary to allow them such a life. his punitive power only goes so far: the slums are still the slums. and when Naicker’s aura fades, the poor people go back to being beaten by cops.

Ultimately, perhaps Mani Ratnam is saying that when the liberatory paths for the oppressed are foreclosed and suppressed (see Velu’s father, the murdered union leader), only the flawed and toxic paths that Velu walks are available. Perhaps Nayakan wants to say that when the people place their hope for liberation in the figure of one man, no matter how just, such a ‘revolution’ will always fail. however, the work does not make such a reading clear, eager as it is to say something about the nature of “goodness.”

the strength of the movie is of course in that climactic scene: “neenga nallavaraa kettavaraa? / theriyalaye, pa…” (Are you a good guy or a bad guy? / I don’t know, son…)

Perhaps the real answer is that personal “good and bad” are not the determinative factors when overcoming structural oppression. This isn’t the direction the movie wants to go in, however.

speaking of cops as gang / control as masculinity, this tweet seemed relevant. one thing about tamil movies like this is that the message that “the cops are just the biggest gang” is clear and foregrounded in a way that american movies will never do. see also: jai bhim, visaaranai, etc 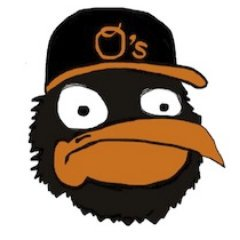 @jonbernhardt
the master key for unlocking why these guys behave how they do is they believe, and not without reason, that there is no accountability for them that flows from anywhere but a gun. they're warlords and they fear only force, which is why they ran from the gunman and fear the feds twitter.com/NoLieWithBTC/s…

NEW: A CNN reporter just confronted the Uvalde School District Police Chief to ask why they are refusing to cooperate with the investigation into their response— the police chief said they will only explain themselves to the parents once “the families quit grieving.”
1 Like
daphaknee June 1, 2022, 10:17pm #16

oh man me too hahahaha

my movie for the thread will be Mankatha I think

This one sounds pretty good by the way you describe it.

it’s one of the best regarded tamil movies of all time, has made it into several all time lists, 4+ star average rating on letterboxd etc… i just detect within it some of my nagging thoughts about pathologies within tamil patriarchal culture

i do have beefs with a lot of the critical reviews, specifically
-anything that calls it a ‘musical’ (typical in western viewers who don’t understand the cinema paradigm it operates within)
-anything that mentions “Bollywood” (get a brain morans)
-anything that generally smacks of soft racism

… but these are true of reviews of any tamil film.

I watched Asuran and it’s phenomenal. The landscapes are filmed with such grandeur, I wish I had seen it at a cinema. The drama developed really well, adding complexity without losing focus of its themes. It also has one of my favorite features, a story within a story. It’s a story about justice, violence, and revenge and really tackles how these play out in history. A real massacre involving landlords and an uprising of class consciousness was the inspiration. It serves as the seed behind the story and development of its themes. It’s very good.

The film walks a fine balance between realism and action-thriller pacing. Action was sparse, but effective. My absolute favorite fight scene involved men equipped with spears and staves just waltzing with each other. There’s another fight early on where people are just stumbling over each other trying to hurt each other as much as possible. Character motivations feel real and the threats they face point towards real oppression. There are a few moments where characters show the invulnerability of superheroes, but somehow, there’s still a sense that everything can go wrong.

Am I too late to join in and if not, I think I might watch Malang: Unleash the Madness