read a circumspect (waypoint) preview that opened with

Immortality , like all of Sam Barlow’s games, is about the fickle reality of databases.

and got positively electric

Kills me that all of the reviewers are fastidiously avoiding the E word when I know they know it from playing Outer Wilds and KRZ.

meanwhile i’m over here reading the kotaku review and being baffled by it somehow managing to be slightly auteur-apologist?

Need one of these games except its 4-5 episodes of MST3K and all the clues are hidden in the riffs that the puppets make.

Not going to read any reviews before trying this but I’m very much looking forward to it.

I remember when several of us were playing Her Story at the same time and comparing notes in a SB thread. I don’t remember anymore what my final conclusion was about the central mystery in Her Story.

one of the biggest problems with Telling Lies is that the move from one actor to multiple actors made it feel significantly tawdrier and cheaper and it wasn’t actually clear to what extent he was leaning into that on purpose – like it added a sort of Lynchian network TV aspect to it, but he didn’t really commit. sounds like he doubled down here

This is a head-scratcher, yeah 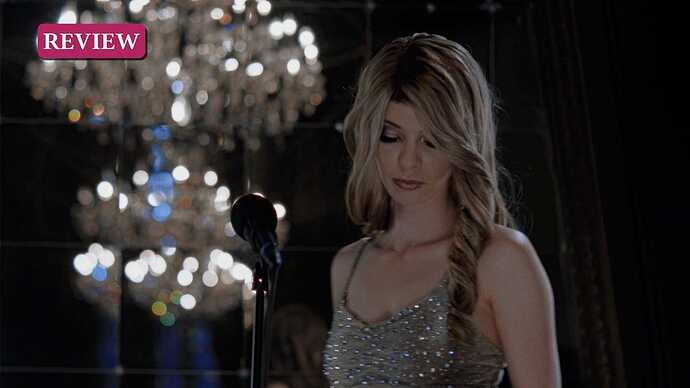 Though he draws attention off the director and onto the actress, Barlow never gives Marissa any sense of agency. Everything happens to Marissa—the events of the game, her movies being delayed, even the action of the player finding her. Marissa is never allowed to find herself, to share her art the way she would have envisioned or wanted it. Because of this, Barlow turns into another black hole director, stealing his actress’ spotlight when he hoped to shine it only on her.

her story “spoilers”: if you want to get to the bottom of her story you need only search one two-word phrase

confusing the frame of the game with, like, the game seems to be kotaku reviews’ thing at this point based off the few i’ve read

like even from the quote you’ve picked out my from-the-hip response is “isn’t that the point?” at which point the conversation should turn toward why the game would want to do something like this but it feels like the whole review is centered around what the author thinks is the sickest burn:

I find this anti-auteur stance strange considering Immortality is branded in its trailer as being a new game “from Sam Barlow,” but I’ll set that aside for now.

like, it really doesn’t seem like you set that aside! from then on for the review’s purposes the directors of the films portrayed diegetically in the game becomes one in the same as the non-diegetic director of the game!!

is it just me or does calling this a horror game feel like a spoiler?

I’m fascinated by the criticism of the transphobic tropes depicted in one of the films. on one hand, I am not raring to watch psycho, but it seems vital to examine in a work critical of hollywood’s treatment of gender on- and off-screen when many lauded classics feature it

honestly don’t know how I’ll feel about it

is it just me or does calling this a horror game feel like a spoiler?

re: Kotaku being pretty vapid these days, I also don’t trust any writer there to have a sense of what agency actually is or how it is constructed, at least enough so that they can use that word as anything more than a buzzy phrase to punch up the sound of their writing.

i haven’t played the game so don’t have many thoughts on this review itself.

but Kotaku has really doubled down on a 2012-2013 game blogging sort of tone these days and as someone who came out of that whole space, i find it extremely depressing. like being confrontational does serve a purpose when you’re trying to stir up discourse and engagement around your blog. but i’m not really sure the being confrontational is the problem, and more just the sort of reductionist/reactive readings. because of that it’s questionable how much of that stuff (including some of my own writing from that period, i will say) holds up. and that was almost 10 years ago now. i think a lot of people are more just fatigued by that tone now than ever rather than ANGRY at it or whatever like gamers were.

i guess it’s a problem of mine to assume that other people i knew at the time’s interests in what and how they write will evolve and change in a similar way mine have. maybe that was always just Their Thing, even if it was never fully mine.

Do you mean there is something that definitively shows that (serious Her Story spoiler) they are the same person or that they are not the same person? I think I was ultimately leaning toward twins but I know others (Felix?) were convinced that it was all just one person.

The use of the image itself, rather than keywords, presents a unique affordance of Immortality , if only because it demands that players actually pay attention to what visual motifs and images are on the screen in front of them

Barlow somehow inventing the innovative use of visual significance in screen media. I think the match-cut stuff sounds cool but I wonder if it just baits the critic’s need to show everyone that they know the same media/film theory everyone else has encountered dozens of times.

As an aside, before I go any further: my film brain was absolutely lit on fire by the use of “match cut” here for many, many things that are not match cuts. I can’t help it. It’s a good word for a mechanic, but a bad word to describe what actually happens visually in the game. I have to say it!

we can all play the game and have a much better conversation here!

Time to write a Game Egg article that neither zigs, nor zags, but zogs.