this part of Immortality where Barlow made three still shots look like they were in motion was frickin epic. 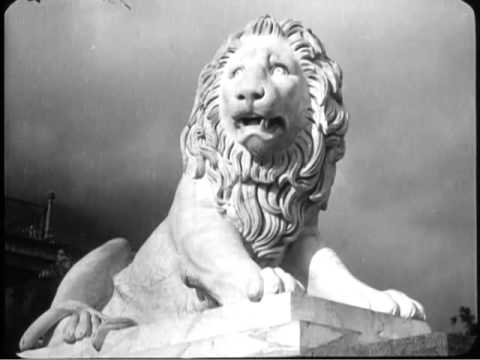 probably something no one else has ever done before, or named before tbh.

damn, this review is actively embarrassing, even by kotaku’s low standards. I get being a knee-jerk contrarian (because of who I am as a person) but when you lay out your hermeneutics of art like this

“Marissa isn’t wearing any panties,” one character repeats salaciously before and after they shoot a scene. To this I thought, it’s 2022, am I really expected to interpret going commando as the peak of sexual deviance?

you just reveal the insipidity of your own critical apparatus. As if every image and every line of dialogue comes with an asterisk from the artist saying “I put this in here because I approve of the implications and the message.”

How should artists live if he thinks that New York City in the 70’s, a holy garden for the Black Arts Movement, queer art and liberation, and a local feminist art movement, is hell?

I can’t stand this shit of taking a line of a character, stripped of any possible context, and assigning it to the people who made the game, as if they said it themselves instead of it being an expression of the character they made.

I think the use of the word ‘affordance’ means the quote is only talking about interactive media. It’s still a silly, overstated quote, but its certainly not saying that sam barlow invented semiotics or whatever

That’s how I read it, too, as opposed to a keyword system or other interface you click on the objects and people themselves

I’m probably overegging it but the comment ignores the visual engagement that many games offer regardless of incentive or affordance.

Making the search function work on a visual basis is the key innovation for sure. However, a game being praised because it forces the player to confront semiotics, rather than that aspect just being a part of any game anyone can enjoy any time, is shortsighted to me. It’s formally interesting but to what end? It’s only meaningful when the game formally calls attention to the meaning component I guess.

I’ll say no more having not played the game. I just wish reviews would stop stretching to make mundane facets of an interesting game sound revolutionary.

The opening paragraph of that “The Kotaku Review” nearly killed me. Can’t go any farther.

I should finally play Her Story, huh?

I just played this for an hour or so. I’m finding it more engaging than Telling Lies so far. You select people and objects in the film clips to jump to other scenes that have visually similar elements. The story isn’t hard to keep up with, even with the random access. Maybe in part because the sets are visually striking.

A minute ago, I encountered something that seems like a hint of what this is trying to do, that obviously I’m not going to spoil.

I’m lucky that this works through the cloud play function on my XBOX One, as the game doesn’t support that console natively (or PS4). Last time I tried the cloud thing it didn’t work well at all, but my ISP told me recently that they were tripling my (lowest tier) speed for free, so maybe that helped.

Yeah, let’s put everything behind tags from here on out.

I also recommend playing with a controller if you can. The interface is important.

Without passing judgment on the narrative, which I’ve barely scratched, I love this game’s interface and systems.

does anyone know why this sentiment is becoming more common? i feel like i’m seeing this idea (author implicitly agrees with the characters in their work) a lot more than i was, like, 10 years ago, and i don’t get it at all.

I think there is basically an agreed upon crisis around perceived telegraphing of moral behavior brought on by a weird combination of helplessness, desperation, new ways of viewing culpability, and a counter-counter-reactionary movement of cynical grifting.

we can’t rule out the pernicious influence of this guy, either 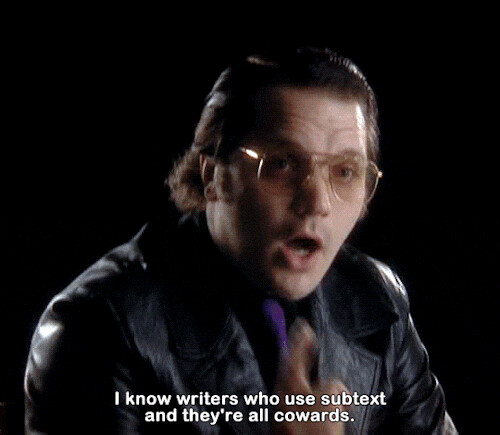 I also see exactly why people would hate it.

The core textural feature of slowly rolling the video back and forth with fine-to-gross analog control and warped audio/video is fantastic.

The soundtrack and sound design are also reactive to the controls.

I could say a bunch of dismissive things about white neoliberalism as the modern reincarnation of victorian moral panics but honestly, it’s because it’s an easy angle to write from, it has a receptive audience, and moral certitude is an addictive narcotic.

its not a new problem, since gogol skewered this attitude nearly 2 centuries ago:

You would prefer not to see human poverty revealed. Why, you ask, what for? Do we not know ourselves that there is much in life that is contemptible and stupid? Even without that, one often chances to see things are by no means comforting. Better present us with something beautiful, captivating. Better let us become oblivious!

I think that the relative political helplessness/tension we face in this decade makes most of us retreat to comforting media (and there’s nothing inherently wrong with seeking comfort), but if we become too accustomed to only experiencing comforting media, we forget how to engage with that which doesn’t provide guardrails, and the certainty with which literally anyone can interpret a marvel movie or game of thrones or whatever malfunctions when dealing with ambiguous art.

I love the way images and phrases echo through this. There was one exchange in the very first clip I watched that rang out during a wordless clip seven hours later.

Skip the drowning, skip crucifixion. Go straight to the flame.

I’ve been playing this all night. I’m finding the cues that point you to focus on certain moments to be maybe intentionally inconsistent. And it’s interesting how you have to “dig” more for some things than others.

There’s one scene in particular that I just can’t figure out, though. It’s when Heather is on the phone talking about the Splash thing and the vet bill. As she walks into the kitchen, I can adjust my timing to make the screen go nearly black and to occasionally trigger the ominous sound, but nothing more ever comes of it.