I used to collect Pokemon TCG cards as a kid but never learned to play the game. Flash forward to a few weeks ago, when I saw a trailer for the new TCG app: 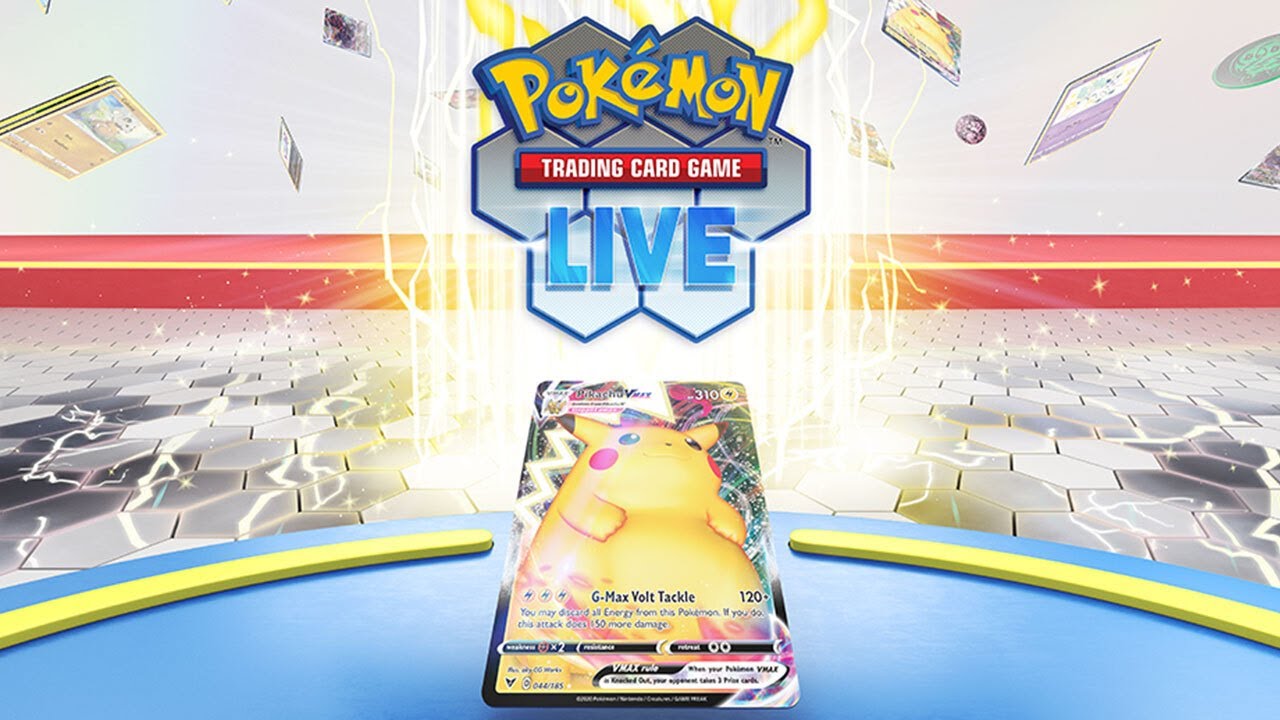 I was thinking, “oh that’s neat, I’d play that.” Then on Friday, I got a code for a free card download in the TCG app and thought, “oh, is it out already? I’ll download it!”

Turns out, the new app isn’t out, but the old one is and it’s pretty easy to use? Anyway, before I knew it, I was playing for hours over the weekend. Making a new deck is still beyond me, but I’m having a lot of fun using the basic Electric something and Mental Might decks. My RNG is awful though and I lose every coin flip.

Do you guys like the Pokemon TCG? Played it as kid and have violent stories about it? Tell me about it!!

Also this made me look for some Pokemon booster cards yesterday, because you can scan them in for use on the app, but I couldn’t find any? Didn’t know they’re still so popular to be sold out in places

the booster pack market is bloodthirsty lately, go on stock days and check out of the kinds of people who are buying up all the cards its wild

I couldn’t figure it out as a kid until I played the Pokemon Trading Card Game for the Game Boy Color, but by that point, nobody in my area was playing with Pokemon cards anymore. But the video game was decent for getting the idea across of how to actually play the card game.

I played at a competitive level from when the game began until I went to college (around the time they finally got round to rotating Gardevoir out the format after Winning Every Fucking Tournament Ever). Used to be really good (got 3rd in the UK at one point) and even won trips to the world championships a few times but real life took over. It’s funny seeing the pokemon company finally taking advantage of online play near decades after stuff like RedShark was made to see if RockLock decks really were that annoying or not.

From what I gather of the current meta they seemed to have learned from their mistakes from the earlier generations given the deck variety although banning Lysandre’s Trump Card was probably a good idea of what’s to come later. For most of my life I always regretted not getting into Magic: The Gathering instead given I know far more IRL and NIRL people who’ve played that but the minor resurgence it’s had lately feels nice even though I refuse to touch another rare candy with a 50ft barge pole.

EDIT: If I was back home I could have traded my collection for a deposit on a reasonably sized McMansion but I’ve only myself to blame at this point.

Do you have any advice for first time players like me?

Also what the heck, I didn’t know the cards are still selling for a crazy price now. I thought the boom caused by Youtubers was over already? Guess not

I used to lurk PokeGym a lot to keep up with what’s current but it was mostly going to my league club every week and improving from there. If you want to Win there’s like a certain number of decks any given rotation where if you play them from a long time and memorise given situations then even amateurs can do very well at tournament although in my experience except in fringe cases creativity in deck building was rarely rewards (Famous exception was the first ever world championships where the japanese players CREAMED everyone else because they released that Team Magma decks had by far the quickest setup potential in the format while the west dismissed it as a novelty).

All of this advice is at least a decade old now but yeah, have fun, see what works for you, look at what everyone else is doing and how you can do it better, rinse, repeat, etc. 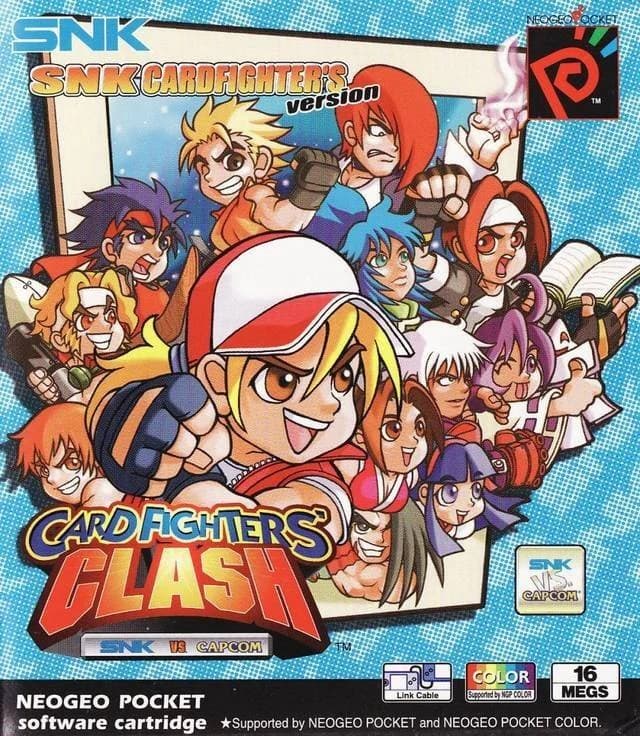 how about pokemon tcg 2 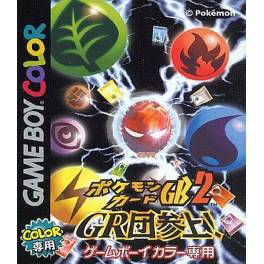 i haven’t tried either! but now that i know there’s a translation for pokémon tcg 2 i will! MAYBE THEY WILL BE BETTER 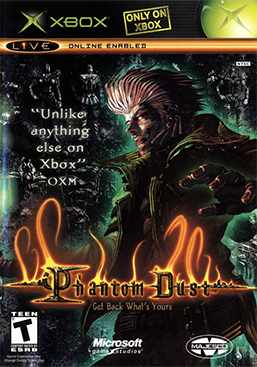 also how dare you

That’s the kinda vibe I love. It’s why the Pokemon game universes are so charming.

I love looking at and collecting cards in TCGs but my brain just shuts down as soon as I have to put together my own deck. I think that’s why I like Dominion in that everyone builds from the same set of cards.

Buying physical Pokemon cards is a legitimately dangerous game nowadays. Has Target in the US still banned them or are they back on shelves?

I’d love to play a modern single playuer Pokemon TCG game, because I just don’t have the time interest or money to play a digital game that’s paced around making you pay for boosters. Stuff’s just too expensive, but predictably that’s the direction almost all digital card games have gone. I’ve been thinking of picking up the Shadowverse console game if it ever goes on sale (which does meet the “game where everyone knows that they’re playing a card game but everyone is also obsessed with the card game and does almost nothing else“ requirement), and I’m keeping an eye on the new BattleSpirits console port.

If you want to play F2P digital TCGs though, it’s a real feast out there.

there were kids at my school who bought loys of pokemon cards but didn’t want to learn the game, so they threw them at the wall, trying to get closest to the wall without hitting it

I’m keeping an eye on the new BattleSpirits console port.

I love Battle Spirits but I kinda stopped paying attention after it became a promotional vehicle for whatever Bandai property had something to plug, I think the last season of the anime that aired during the TV Asahi Sunday morning slot was brilliant and I bought a box because I liked it so much

Had no idea there was a console port on the way.

Turns out, the new app isn’t out, but the old one is and it’s pretty easy to use?

the developers of the old app (Pokémon TCG Online, new one is Live) are pretty interesting, they did the board games Clank! and Dune: Imperium plus more digital board game adaptations. they have a MTG Hall of Famer on staff (Luis Scott-Vargas)

I got a starter pack for the Pokémon TCG for Christmas one year around the time the Fossil expansion came out. No one actually played the game at my school so I pretty much just played casually against my mom up until a little after the Team Rocket set came out. Then my parents made me sell all my Pokémon cards at a yard sale for $20. I don’t think I had any big money cards at the time, but it still sucks to have them gone…

The only card I kept from that era was the Pokémon The First Movie promo Dragonite, which I carried in my wallet for the longest time.

I got back into the TCG early this year through the online client, and while the game is great, I never got comfortable with how the secondary market works in that game and didn’t really buy into any real decks because of it… I tried writing up the rules to a singleton format because I enjoy those in other card games, but I don’t think Pokémon’s necessarily a good fit for it.