I recently imported a couple projects into GameMaker Studio 2. Although I was disappointed when the platform left the hands of Mark Overmars years ago, they’ve made a lot of improvements for this version. A few things I’ve noticed so far:

If anyone else is using this, maybe we can compare notes.

One thing that has given me a lot of trouble in the past is trying to scale to fit different resolutions while keeping pixels perfect at full screen. The theory is clear enough but I’ve always fought with the implementation. I tried something new last night based on a tutorial, and it at least looks right on my monitor at default resolution.

Oh, nice. I actually just barely bought GameMaker Studio 2 last week after using 1.4 for like 7 years. I just imported my current big project (a sequel to Explobers) and was surprised it all went in without a hiccup. Would love to have a thread for comparing notes.

I might have to give that tutorial video a go. I’m interested in what can be done with the “camera” in this.

I was also relieved that the import didn’t break everything the way some have in the past.

One thing that’s nice about using the method described in that video is that you do not have to touch any of the view options in the room editor, ever. I always figured that should be possible.

Another useful thing he says is that you can totally ignore the port variables unless you are doing split-screen. With the display, the window, the application surface, the view, and the GUI layer, it’s nice not to have to worry about yet another thing. (And many of my failed attempts at fitting resolution involved ports in the past, which might be why they never worked quite right.)

I recently imported a couple projects into GameMaker Studio 2.

Upon discovering how flawlessly the project import from 1.4 was, I’ve decided to just keep working with 1.4 until I feel like I’m ready to learn new tools. Big part of this is how fundamentally really complex “views”-type stuff has been to this current project and how that’s been completely retooled and I can’t wrap my mind around completely scrapping and relearning a skill I just picked up.

Like the import from GM8.1 to GMS1 was so fraught, I’d been fearing this, but this was so seamless it feels miraculous.

I’m impressed with the new room editor. I like the way everything is layers with depths now, and I just discovered “brushes” last night, which allow you to assign tiles in a such a way as to draw terrain more efficiently.

Although my imported projects are functional, I am trying to learn some of the new functions and tools by cleaning things up. But I’ve always had a hard time resisting endlessly reworking existing elements in my games rather than making progress.

I’ve changed my mind about this. I need to learn GMS2 (actually watching that video wourme posted and seeing the guy excoriate viewers for using views instead of cameras is what convinced me I need to embrace the present), but rather than try to learn with my already-in-progress project, I’m gonna make something small that focuses on teaching the skills I need to pick up.

One of my big weaknesses wrt game development is actually more that I don’t want to revisit things rather than being prone to tweaking everything endlessly. I much prefer writing to editing.

Trial version no longer has a time limit, in case anyone might care: 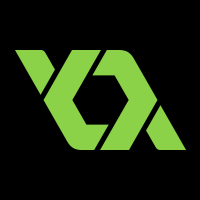 Learn to make games using GameMaker Studio 2 for free through the summer and beyond. With the time limited free trial period now removed, creators have ...

I finally got around to really testing the resolution trick I implemented way back when I started this thread. It wasn’t that I didn’t have a chance to test it; I was just afraid to because if it didn’t work yet again I might have to give up on the whole enterprise.

But it worked. I even hooked up an old 4:3 monitor and my game behaved as expected there. (It cut things off in ways I hadn’t anticipated, but I immediately realized it was working as designed in doing so.) I’m not sure making 4:3 mode work better is worth the effort, though.

I recently found that I wouldn’t be able to use the default saving and loading functions anymore. It was never the best approach anyway because all of my rooms had to be persistent. So I recently made my own saving and loading system. It took a lot of work and the only reason I was able to get motivated to do it at all was that I had four days off work about a month ago. But now I’m a little afraid to test that the same way I didn’t want to test the resolution thing. It should theoretically work, though it’s probably something worthy of mockery by anyone who is a real programmer.

Studio 2 is no longer available for purchase through Steam, and they’ve totally de-listed Studio 1. Like every other company, they want you to subscribe now. But I don’t like subscribing to things so it’s fortunate that they are continuing to update the purchased version whenever they update the subscription version. I assume they will cut that off if they announce Studio 3 at some point.

Congrats on getting a saving system working! I’ve finally fully integrated an INI-based saving system into my personal toolkit (which I’ve recently rewritten and really fleshed out), so that’s saved myself a lot of effort having to rewrite those from scratch each time I started something new. I sometimes think about trying to learn how to do a more complicated file-based saving system that isn’t so text-editable, but I’m not making software that needs to be cheat-proof, so whatever for now.

But I don’t like subscribing to things so it’s fortunate that they are continuing to update the purchased version whenever they update the subscription version. I assume they will cut that off if they announce Studio 3 at some point.

This has really bummed me out. Initially, YoYo announced they were going to be withholding new features like the filters from legacy perpetual licenses and only giving them to new subscribers, but there was a huge backlash to that. I assume they’ll either eventually go back to withholding new features or hasten the coming of Studio 3 to finally be rid of us software-buyers.

(I do have a year or two of GMS2 subscription from some bundles, and I’m tempted to one day cash those in so I can do mobile ports, but I"m waiting till that becomes absolutely necessary–also considering doing that under, like, an account with an alternative personal or my wife’s email so I can keep both, develop under my perpetual license, and just subscribe to the other thing when it’s useful).

I also finally figured out (with the help of sylvie) some resolution/monitor/surface tricks that have made it so a project I’m working on conforms in full screen to different monitor sizes. It’s nice to have that worked out, though I dont’ really need to do anythign all that fancy with it.

As I’ve been doing more and more complex stuff, I find myself more and more grateful for the layer functions. I went back to a 1.4 project a while ago and realized I’ve fully adapted to GMS2’s layout and workflow and I really like it.

I really wish GMS2’s sprite editor didn’t suck so bad. I mostly make stuff in Aseprite these days and import it, but occasionally I do need to do stuff in the GMS2 environment and it blows.

I really didn’t care for Studio 1. I barely worked on anything after importing my projects into that system. Studio 2 is the first time since the Mark Overmars days that I actually appreciate some of the changes.

I also never do any graphics in GM itself. I’ve been using Paint Shop Pro for so many years that I know pretty much every feature and keyboard shortcut and it would be hard for me to switch now. Oddly enough, that was also a case of an application being bought by another company (Corel) and totally ruined, and then years later starting to actually be a good product again.