Inspired to post something particularly to give people a short heads up that Data Discs in the UK is doing some really nice Sega soundtrack releases on vinyl, and their Streets of Rage 2 goes up for preorder on their site, on Saturday Feb. 26 19:00 (GMT) / 14:00 (EST) / 11:00 (PST).

This will be their 5th release, following:

Also coming soon from Brave Wave, a beautiful looking 4 LP Street Fighter II set ($75), with both the CPS1 (SF2 through Hyper Fighting) AND CPS2 (the Super SF2 games) versions of the music. Supposed to ship by the end of March, pre-orders open here.

This just shipped. Haven’t picked it up from my folks’ house yet but I’m pretty goddamn hype about it.

My pride and joy is the original 1986 pressing of the GMO Outrun release.

I believe Data Disc mentioned on their Facebook that Out Run is coming, so I’m interested in picking that one up too. I hope they differentiate it by adding the 2 additional tracks from the M2 3DS port or something though!

I’d really like to track down the PAL preorder bonus for the PS3/360 Mega Drive compilation, but that’s really pricey now.

Other than that, I have the Data Disc releases, Shatter, Journey, the MOON EP (has some Hotline Miami music), and Hotline Miami 2. Game music on vinyl is super cool.

I’ve got the Sworcery OST on vinyl but I haven’t listened to it yet because I have a cheap turntable and I’m afraid it’ll destroy anything I play on it.

My friend’s record store was putting together a game soundtrack bin, and I managed to get SoR held for me as soon as it came in. Aside from the Sega Data Discs ones, he could only source some far less exciting Halo and CoD soundtracks.

I believe Data Disc mentioned on their Facebook that Out Run is coming, so I’m interested in picking that one up too. I hope they differentiate it by adding the 2 additional tracks from the M2 3DS port or something though!

Yeah I was reading up over the weekend and saw somewhere (Twitter probably) that they mentioned Outrun is definitely on the way, as is Streets of Rage 3. Got my SOR2 ordered too, excited about that one!

This looks real good but $75 yeesh.

I received my copy of their Twin Peaks release on Monday. I’m not sure who they use to do their pressing, or if they even always use the same people, and there’s probably always a few duds that sneak out in every run but: it is warped, sounds muffled had little bits of stuck on vinyl around the center hole, and little flakes of vinyl in the inner sleeve. This is 100% anecdotal and my only experience with them.

Outer sleeve and slipcase real nice though, and the price was right.

https://www.discogs.com/label/788764-Moonshake this guy threw in the first disc of his CV bootleg when I bought a copy of his NES collection. They both sound real solid, would pick up the whole thing if they weren’t only seemingly available now at scalper prices; wonder if he’s still going.

some dude in comments:

I like how the guy that is putting out these albums is jacking up the prices on here to 150 bucks.

I’ve always dug that boot’s Clash/Elvis sleeve art. I didn’t realize it was part of a series with the Pink Floyd/Zelda one and the Bowie/Mega Man.

Bogus about the Twin Peaks set. I was eyeing that too.

Was fun while it lasted.

Honestly Rez’s music is pretty boring EDM on its own. Enjoyment of it imo is very dependent upon playing it in-game and having it be complemented by the visuals and your own effects on the tracks. I guess that vinyl is the price it is because of the extra content, but even then, ehhhhhh

I don’t think I’ve ever played or listened to the Genesis Golden Axe games for more than a few minutes.

2 and 3 have a handful of great tracks.

I feel like my Christmas gift budget just got smaller.

Been waiting for Revenge since Data 001. Can’t wait!

These two brief, but remarkable soundtracks each accommodate a single side of an LP, but work together seamlessly. Galaxy Force II includes a bonus arranged version of its leading track, Beyond the Galaxy, produced by Hiroshi “Hiro” Kawaguchi (composer of OutRun, Space Harrier) and features a full studio band, complete with brass section and a keyboard solo by Hiro himself. In addition, the Thunder Blade side includes three unused tracks.

I need to get a record player 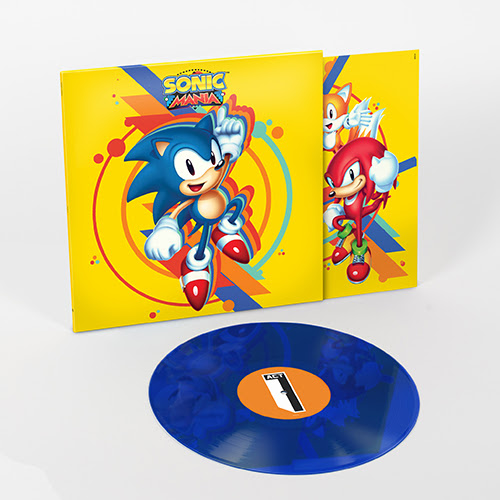 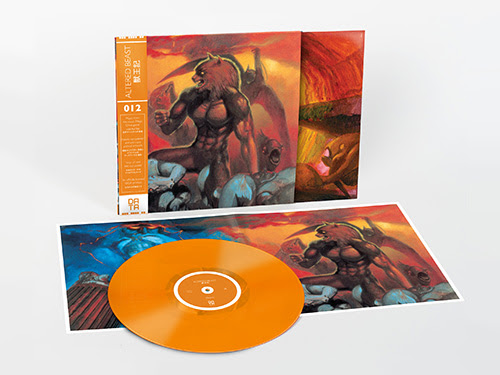 I don’t get no obi on my Sonic?