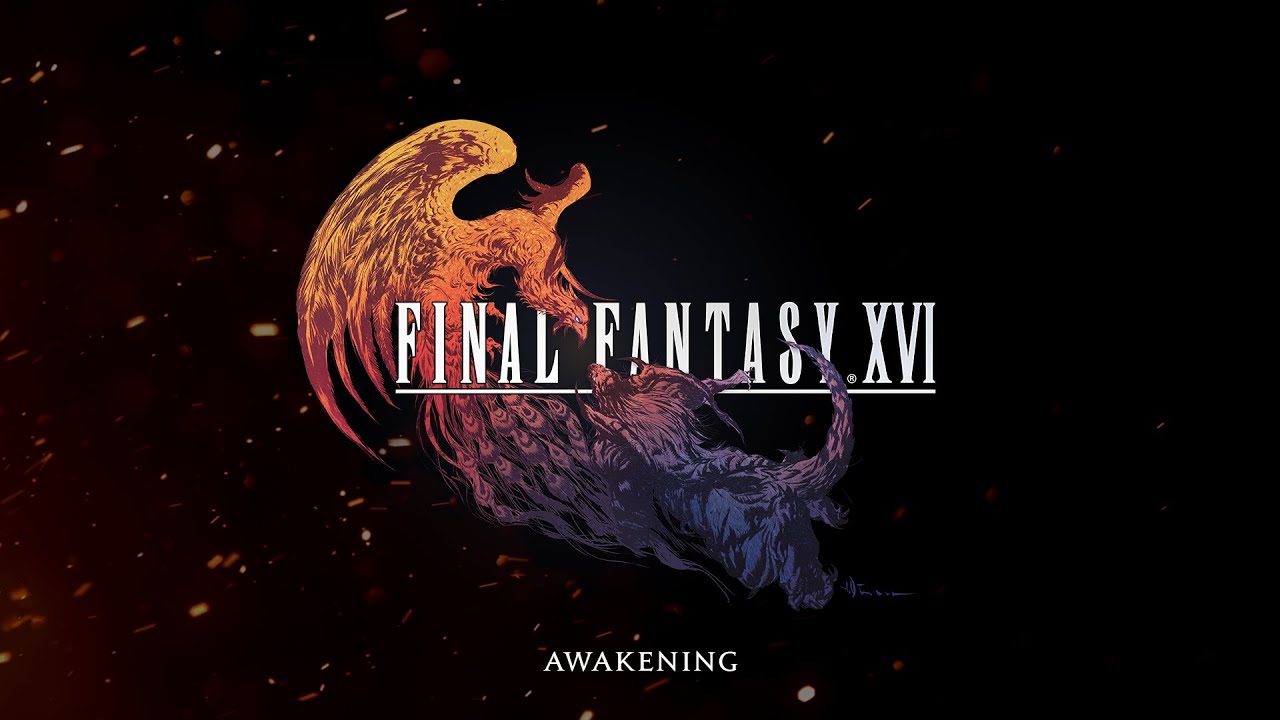 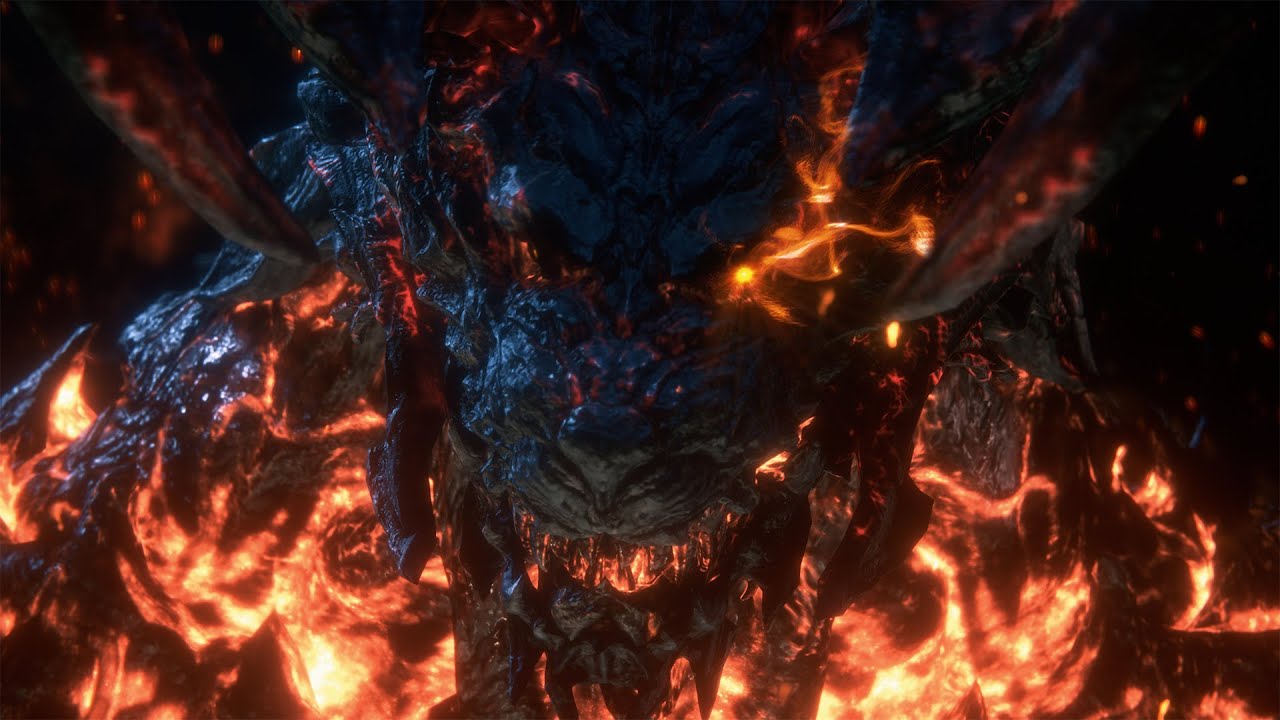 the titan dude being an accountant is an inspired choice

I’m not so into the whole low fantasy Game of Thrones style theming we’ve seen so far… I find that stuff generally kind of boring, and I’ve seen more than enough of it in the past 5 years. But I’ve gotta say, that is a very promising list of development staff. Promising enough for me to feel the slight embers of hype starting to glow. I can’t believe they’ve got the combat director from Dragon’s Dogma!

The rise of bureaucracy necessitating the death of magic. It’s time for the most challenging fantasy yet: running a successful business. Help solve worker shortage in a world where everybody wants to be an adventurer. Get ready for action-filled, edge of your seat gameplay such as lobbying for heavy taxation of goods, materials, and currency looted from monsters and forging trade deals.

Waiting for the moon people to descend mid-game as the empire finds some way to control them with crystals and we go all space-fantasy.

Waiting for the mars people to descend mid-game as the empire finds some way to control them with pictures you pay for, Non Fungible Mooglestamps (NFMs) and we go all space-fantasy and mine virtual gil for destroying the pla…

damn, i got so hyped i mixed up FFVII and XVI, sry 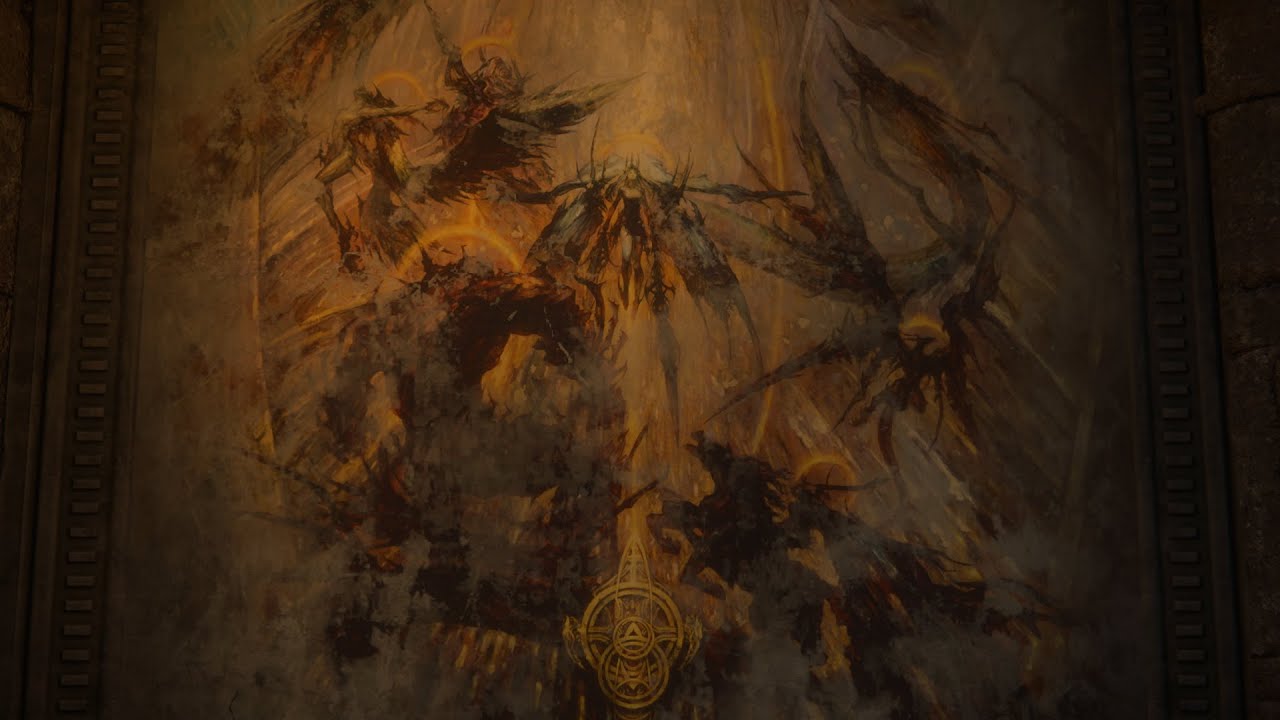 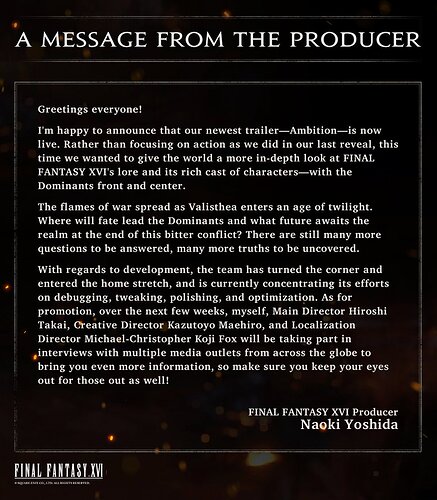 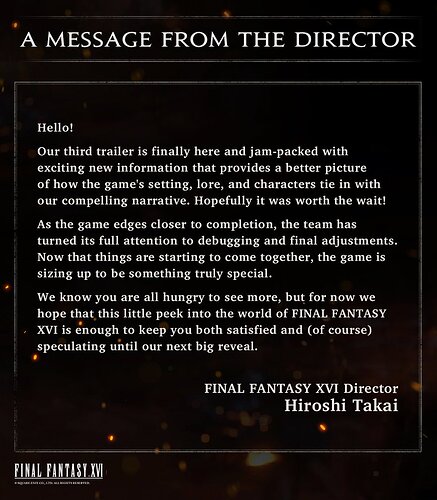 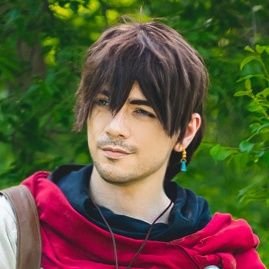 @NipahDUBS
These are the same man, you can't fool me Yoshi-P. https://t.co/gkpa0FdDLM 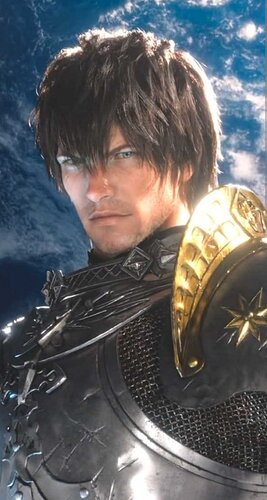 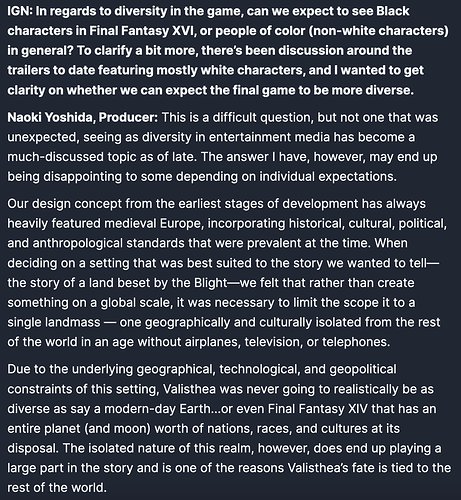 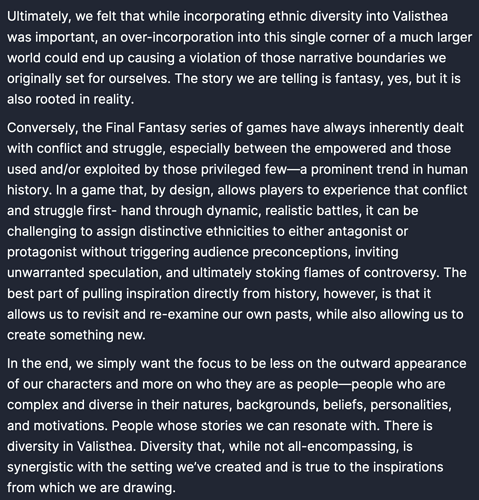 I would have accepted “This game takes place in a small region of the broader world rather than being a globe-trotting adventure, so keep your expectations in check in this regard” as a passable (C grade) answer, rather than whatever that grossly unflattering overexplanation is.

As bad as the “we can’t have anyone with a gram of melanin because of ‘’‘history’‘’” canard is even in most historical contexts, and how baldly contemptuous it is in a fantasy context; it’s almost incomprehensible how cowardly and obsequious it is to use it in the context of FF, which has always differentiated itself from standard western fanatsyland by being more gonzo and alien and experimental. Very rarely have I felt so talked down to in a stupid videogame press release

Then again if Barrett is what we get when FF tries to depict Black people maybe we’re all better off with FF forgetting they exist. That would have been a much more reasonable answer. “Look, we don’t know any Black people and every time we try we fuck it up, we’re just gonna leave it alone”

he definitely did say that in the part where he was like if we include them we’ll be trigger negative audience interpretations, it’s a crap excuse but well it’s also true, but on them for not hiring people so they don’t fuck it up

I don’t think if ffxvi had a person of color everyone would scream EW TOO WOKE but the fact that he’s paranoid about it is telling. this is the cowards way though he shoulda just taken a chance or hired a consultant

“Can you add Black people to this fantasy world over which you have complete control?”

“No. No Black people are allowed.”

They’re gonna keep doing it until they get hit in the wallet over it.

Barrett, otoh, was pretty awesome in FF7R french dub tbh.
idk, i realized that i don’t seem to care about other characters in most JRPGs anymore/treat them as cardboard cutouts anyway, so if a game tries at least, seems i am giving 10 out of 10 easily?

the general sense i’ve gotten about non-Japanese people working at large Japanese game companies has been that they’re treated as oddities, at best, though i suppose if they sought out like…a company that specializes in this (does such a thing exist?) that might be an actual option.

i was attempting to sort of give benefit of the doubt when i first read headlines about this, but like, the game has a desert kingdom, right?

and then i remember the Cowboy Bebop people talking about how it was part of their mission statement to make anime with diversity in the fucking 90s, and then i realize there isn’t really doubt from which other creators should benefit. 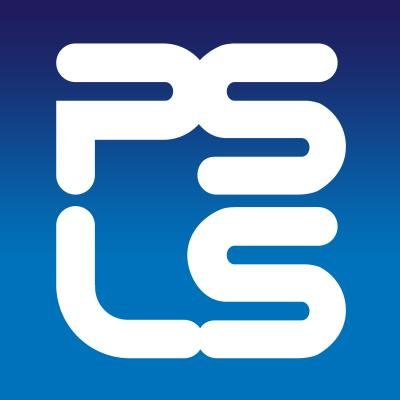 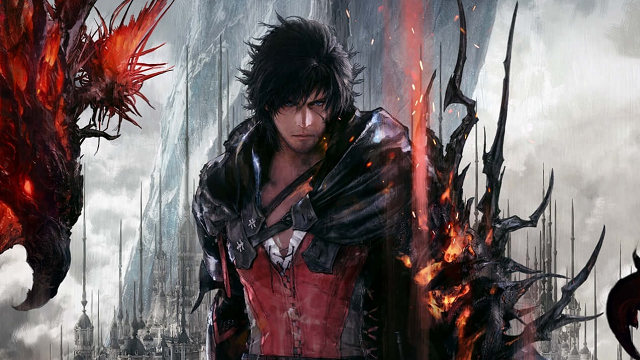 Saving racism for the postgame