Interesting seeing Eternal Cylinder get so many noms. Was curious to check it out but dropped off my radar. Anyone play it?

It’s more linear than it ought to be for too long, but it’s lovely and weird and easily my favorite Ace Team game. The cylinder that provides system and resource pressure was too temping to be used to fit the game into a propelling narrative, in favor of a more open Tokyo Jungle game with clear lose conditions.

Still, while it should have been better, it was one of my favorites from last year.

I might need to dive into the Nuovo awards rather than Grand Prize nominees this year. I’ve played two out of six of those nominees and they aren’t instilling much confidence. Then I look at screenshots of Nuovo nominees and I feel restored.

let me know if you want specific recommendations! i’ve been on that jury multiple times. and a lot of that stuff is shorter or experimental games that probably aren’t a lot of peoples cup of tea or whatever… but obviously i like them

One thing I like about the Japan Top 100 list is that The Legend of Zelda is on it but A Link to the Past is not. In the West, NES games rarely eclipse their SNES sequels in the minds of the public. In most cases I prefer the originals.

I would love recommendations. I really appreciate experimental work because of how it wrestles with fundamental questions of games design. It also tends to be personal and specific which are two traits that I think are undervalued.

okay great! i’ll have to pull together a more extensive list of experimental games sometime.

One of the Nuovo nominations going to the third game in a series (Space Hole 2020) feels a bit funky, but the first Space Hole was fun so good to get more eyes on it.

i think 2020 was the first of the three to be submitted to the IGF, so that’s why. actually several devs (i.e. Outlands, Jeremy Couillard and others) who have made stuff for awhile submitted something to this one for the first time for whatever reason.

i def will make a thread, though it’s also a big undertaking to do an experimental games list so i’m gonna have to think about what arbitrary restrictions should be imposed on it.

Fun thing about Space Hole 2016 (and possibly the others, haven’t gotten to them) is that rather than worry about finding appropriate music for it they just got permission from a band they liked to basically use their albums as the soundtrack so you just have seattle indie rock blasting the whole time no matter what.

who knows if this is real but 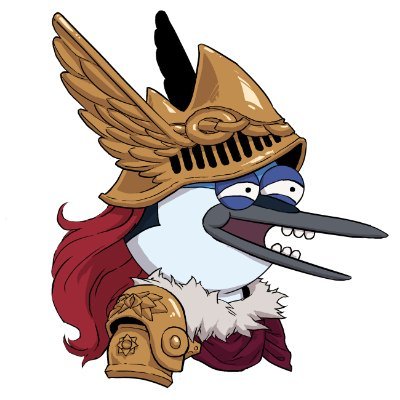 @EldenRingUpdate
It seems like a new Armored Core will be FromSoftware's next project. A ResetEra user has reported doing a consumer survey on a new AC which included this description, some screenshots, and a gameplay video. The last Armored Core (5) came out in 2012. resetera.com/threads/from-s… https://t.co/EfJLNLYvp4 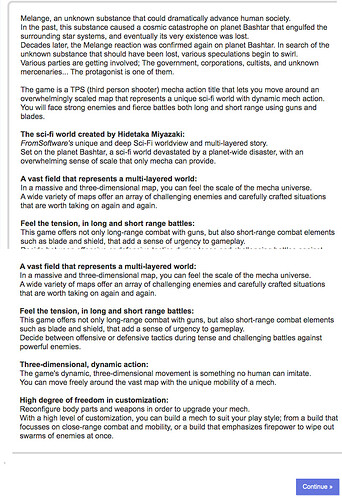 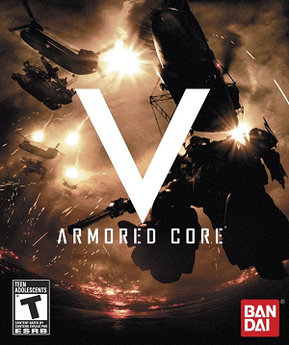 There have been three US presidents since the last game came out.

okay, made a thread.

A Semi-Arbitrary List of Experimental Art Games King of Posters

expanding on earlier discussion from the News Thread: here’s a semi-arbitrary list of experimental art games that was requested, in no particular order. this is stuff that i’m actually confident is good or at least interesting. this is not a comprehensive list and i didn’t put anything before the 2000’s i.e. multimedia/interactive pc games from the 80’s and 90’s or like artsy playstation games or whatever. but maybe that’s a goal to incorporate more of that stuff. i don’t know where i’d begin… 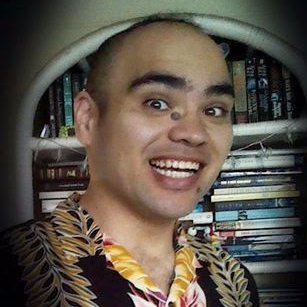 im like. preventing myself from getting excited or performing any cognitive function towards this news till i know if kota hoshino/frequency are doing the soundtrack or not… like not that i necessarily need it to be him but given from’s track record with music the last decade or so without him, like. if i boot up armored core 6 on the playstation 7 and the main menu has some mid ass bloodborne violins tuning up on it i’m gonna feel like they didn’t even make the video game

I just realized I should mention that if you bought the giant itch racial justice bundle a year and a half ago you already own Space Hole 2016 and 2018, and if you purchased the giant palestinian aid bundle from a half year back you own all three of them!

To be fair, SC4 is pretty much awful by any metric, I don’t think I’ve ever encountered someone who prefers it to the original castlevania