Play Fantasy Life and then tell me if it’s worth playing.

Play Life and then tell me if it’s worth living. 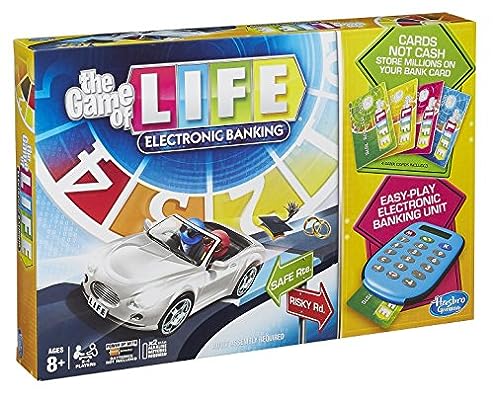 Oh! Yeah, this is alright. It takes a long time to get rolling such that I can’t recommend it to Felix for emulation.

I would assume you could just use a mouse for touchscreen stuff like regular DS emulators can.

have you ever tried playing Osu! with a mouse?

Fantasy Life sets you up in an RPG village and lets you play all sorts of roles in addition to adventurer, ranging from lumberjack to angler. Unfortunately its richness in features is let down by repetitive busywork.

fantasy life sounded like a cool idea, but in execution, it really is just endless tutorials and grinding and filling up progress bars

the game of life sucks too, and i don’t know why there are a million billion jp-only console versions of it

There’s no way Link Between Worlds is a dry run for BoTW. It’s a pretty straight remake of LttP with a few new mechanics.

It struck me that LbW’s music is 100% brassy remixes of SNES music, whereas BoTW is extremely sparing with musical references and they only start to appear in endgame areas (at least that I recognized, since I haven’t played much 3d Zelda). Says a lot about their respective attitudes to the canon

the only 3ds games i have ever wanted to play are atlus rpgs.

so i never picked up a 3ds.

etrian, tho. so tempting.

the game of life sucks too, and i don’t know why there are a million billion jp-only console versions of it

Must’ve been a really popular family board game there, Japan’s version of Monopoly. Monopoly resonates with the US’s bootstraps-capitalist mythos, while Game of Life resonates with Japan’s education-leads-to-good-career values.

“Too many of my 3DS recommendations rely on the touchscreen. Unless you have a touchscreen monitor, certain games will just be unplayable” - touchscreen is exactly the same as mouse click. LITERALLY NO DIFFERENCE.

Anyway, everyone should play Unchained Blades. I greatly prefer it to Etrian Odyssey.

touchscreen is exactly the same as mouse click. LITERALLY NO DIFFERENCE.

the wrist movement is different; meteos doesn’t work at all without real hardware, and trauma centre / TWEWY suck without it

Gonna weigh in on the touchscreen vs. mouse click thing and say yeah, they’re different. There’s one less layer of abstraction there - pointing a stylus directly at the screen is, frankly, easier and faster than using a mouse to do the same thing. A stylus also obscures the screen so there’s that, but I can’t imagine playing things like Meteos without a stylus. It’s designed for the speed and accuracy of using a small stick instead of the abstract idea of moving a mouse around.

Where a mouse thrives is in pixel-perfect accuracy, wide range of motion, and not being a giant sweaty finger right in the middle of a game

Also fuck y’all haters Fantasy Life is the most mellow relaxing good shit with great music and a charming storyline and cute-as-hell characters. It’s also not something I would recommend to emulate, as it thrives on being a game you pick up for 10 minutes between other stuff, so I guess I’m not disagreeing but

It’s one of my favorite 3DS games okay?

touchscreen is exactly the same as mouse click. LITERALLY NO DIFFERENCE.

Only in the most basic, reductionist mechanical sense.

Try playing Ouendan on the DS and then going straight to playing Osu! on your PC with a mouse. It does NOT have the same feel, and you won’t be nearly as accurate. A lot of the things a game like that asks you to do are just awkward with a mouse

Where a mouse thrives is in pixel-perfect accuracy, wide range of motion, and not being a giant sweaty finger right in the middle of a game

I think the main thing mice have going for them is the multiple buttons on them giving context for what kind of action you’re doing. RTSes rely heavily on that to distinguish selecting units and giving them orders, for instance. Mice also ergonomically pair with keyboards, whereas for touchscreens typically your other hand is used to hold the device so touchscreen + button combining games are not really a thing.

The fact that your touch swipe is totally contextless has limited a lot of genres from making it to touchscreens. Trauma Center cleverly makes the awkwardness of selecting action types on the side into a challenge and analogy for the surgeon hurriedly picking up tools from his tray – this leaning in to the ostensible weakness of the platform is why it’s one of the best touchscreen games.

The nice thing about a computer touchscreen or drawing tablet is that you’re usually using your other hand to push buttons; I rest my right hand on the keyboard when I use my Wacom tablet to use keyboard shortcuts.

It’s such a niche that it can’t really be targeted for games outside of maybe a pack-in publishing deal with Microsoft Surfaces, though, or aiming at the indie festival circuit.

Having never had an opportunity to use one, I still have no idea how using drawing tablets works. How on earth can you draw when you can’t see the relationship between the pointy thing in your hand and the image?

i felt the same way before i actually used one! i can’t explain it, but it just works and there’s no problem somehow