me and @BIGHEADMODE had a nice rubik’s cube / twisty puzzles thread going back in 2018 so i just wanted to bring it back.

i was back at my parents and picked up my old Rubik’s brand 4x4 and kind of got the urge to do some cubing again. I was thinking I could learn 4x4, and for 3x3 take the Roux method a little more seriously, maybe go for sub-30. i’m not super into reducing time for time’s sake, but i do appreciate the skill involved in tracking pieces on the fly while solving.

currently I still have the MoYu GTS2 M 3x3 I bought back in 2018, using Traxxas 50k lube on the core and Traxxas + Maru lube on the pieces. I see lubricants have developed a lot since 2018, it seems like nowadays most cubers are using some combination of DNM-37 and lighter weight silicone oils (Angstrom, Lubicle, Mystic etc). It also seems like cube tensioning has come a long way, they have little ratcheting tension mechanisms now instead of just turning screws. some even have mag-lev design instead of springs? the cube pieces generally look the same as my GTS2 M though.

i dunno, maybe this is the year i buy a premium setup fancy cube with the branded lubricants and whatnot. just cuz. it’s still a relatively cheap hobby all things considered. 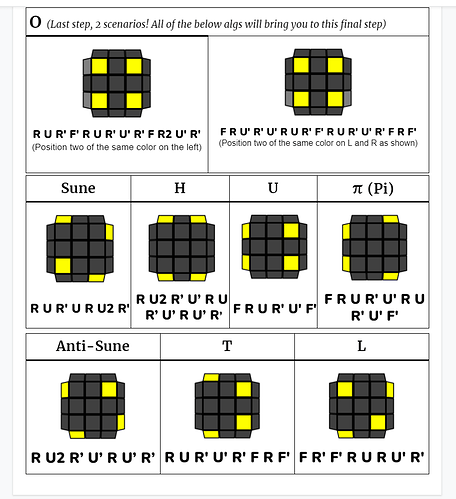 i was never good with algorithms which is why all these years I’ve been using just 3 Petrus method algs for last layer corners. (Sune, Anti-Sune, and Niklas) 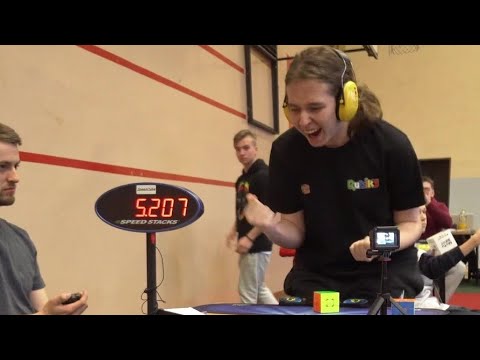 I just bought a cube/fidget spinner thingy. A sorta crappy off-brand one, but I sure do like to turn it over in my hands. I might actually have a snowball’s chance in hell of solving this one

hell yea!
the ‘beginner’s method’ most people use is Layer By Layer, but i happen to think that one’s a bit crap. Basically you solve one side, then the middle edge, then the top… but as you get further along, you have to rebreak and resolve the layers you already solved to progress. There’s a top speedcubing method called CFOP that is based off of this, but you have to memorize a ton of moves (algorithms) in order to make it fast.

for beginner methods I prefer something more intuitive. Petrus method is based around building a 2x2x2 corner and then solving out from there. it’s hard to be fast though. [Roux]( Introduction (free.fr)) is both fairly easy to learn and also used by top cubers.

also if you want to get an affordable but very modern cube, check out the MoYu RS 3 M 2020 - top quality magnetic modern cube for $9.

this is very funny: “is this a real scramble?”

the x-man bell pyraminx is a really well made puzzle - the magnets feel great and the turning is smooth out of the box. i was able to solve the pyraminx intuitively with only one algorithm i had to look up. the corners don’t move, so they define the colors of each face. each pyramid ‘layer’ rotates independently. the first step is to rotate the corners correctly to reflect a solved state. after that, just put pieces in place until you achieve one of these states, then do the corresponding algorithm.

it’s so hard to even hold the Skewb without the thing spinning on me. a piece also came off inside, so I took it apart and then spent a few hours trying to get the damn magnets back in their slots without sticking together. the core is essentially a tetrahedron with four corners attached; the other 4 corners and 6 centers spin around those. axes of rotation look like this - very counterintuitive for me.

The MGC 2x2 is… fine. the turning feels stuttery, magnets quite strong. I dunno what I expected really. the internals are interesting - basically a 3x3 where all centers and edges have been miniaturized. old 2x2s had a ball core with tracks in it, so this is quite different. 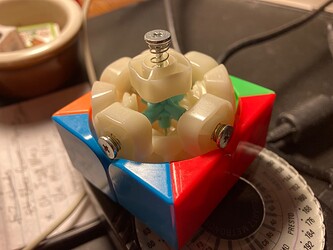 The Sail W is a budget cube retailing at $4 - turning is smooth with a hint of sandiness, but the corner cutting is awful and it’s not magnetized. haven’t lubed/tensioned it yet.
The MGC 4x4 feels pretty decent altho I also haven’t lubed it yet. pretty sandy altho with much less ‘stuttering’ in the turn. looking forward to lubing it. 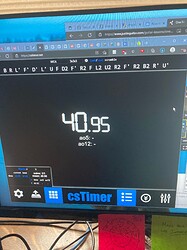 new PB single. ive never been sub 40 in 15 years of cubing, so it will be a big day for me when I do!
I made my own cheat sheet for basic roux algs using custom notation. I’m still looking at the sheet for CMLL/EO but hopefully will get it under my fingers soon. i’m still noob enough that most of my timesave is in blockbuilding.
nice distraction from learning jazz guitar. 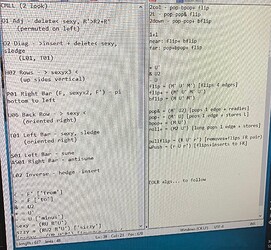