Games in which you have to scale a tower. Usually seemingly endless, reaching into the sky.

#Rengoku: The Tower of Purgatory

The Infinity Spire in Final Fantasy Crystal Chronicles: My Life as a King (bonus dungeon, does it count?) 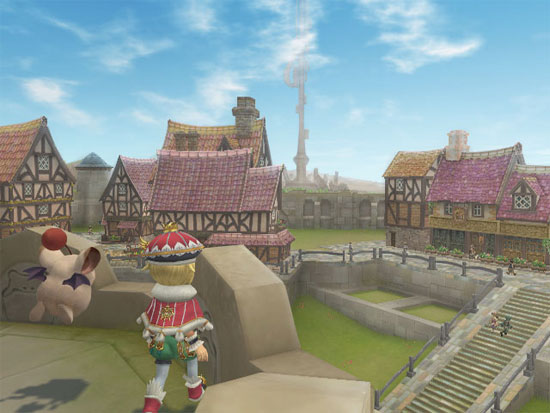 Tower of Geheimnis, the as yet unreleased dungeon crawl by SB’s own Apol.

i feel like Tower of Druaga is important to mention even if it never provides any visual of the tower.

“taking a ride on a space elevator” has to be my all-time favorite concept for an autoscroll level (and then you fight the final boss on the moon; perfect).

This came out a few days ago, seems to qualify.

Also I guess that one Battletoads stage

i feel like Tower of Druaga is important to mention even if it never provides any visual of the tower.

Game Boy cover to the rescue:

And of course Nebulus aka Castelian aka Tower Toppler:

Also got an Amiga sequel:

And not really, but actually, why not:

Tower of Guns, it’s a small tower until you get to the endless mode, then it is an infinite tower.

In which you climb a tower to heaven while God tells you a bunch of things you can’t do. Lovely game.

I have to admit, I am more of a flying city kind of guy.

Legend Of Grimrock, I don’t know if this count 'cause it’s more a mountain than a tower. even if it has a gigantic dungeon inside

I know Illusion of Gaia has Babel, but I don’t have a good shot.