I am looking to start roughly tracing the history of time attack and ghosts in (mostly) racing videogames.

Time Attack, or Time Trials, is a mode primarily featured in racing games where you are competing against your own times rather than against other racers. Ghosts are recordings of runs done previously - allowing one to compete directly against their own times.

Super Mario Kart is the first game I ever encountered with both Time Trials as well as ghosts (F-Zero did have a practice mode, but notably a) you cannot play all tracks in Practice mode and b) there are no ghosts in F-Zero SNES), and these two facets made a huge impression on me. I’ve been sort of chasing games that offer this crucible of acknowledged self-improvement and pitting oneself against an echo of one’s own efforts ever since.

Among non-racers, Doom, Quake, and Goldeneye get a mention for tracking how much time you spent in a level in a way that seemed to prod you to try and go faster. Sonic is probably worth mentioning as well.

However, the primary canvases for these ideas are found in racing games. Nearly no other games will provide player “ghosts” - ones that do are definitely worth mentioning. Most non-racers also fail to save your “best time” - Goldeneye made an impression by making this a saved point of pride on the cartridge memory.

Is Super Mario Kart the first game to have “ghosts” in this fashion? What is the history of time trials in videogames? Please help me in these efforts! Thank you!

yeah SMK is my first experience with ghosts as well. i can’t even find (in a cursory search) any NES racing games with time trials, which is kinda blowing my mind. curious what anyone else digs up

Helpful but not super helpful 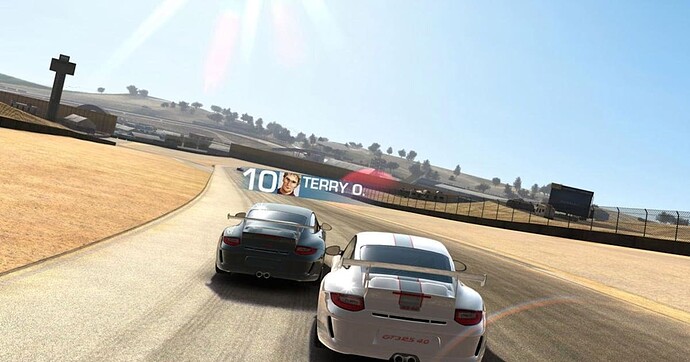 Arcade To iPhone: The History Of Gaming Ghost Cars

The Ghost Car has plagued gamers since 1991. Real Racing is the newest game to chase the ghost. 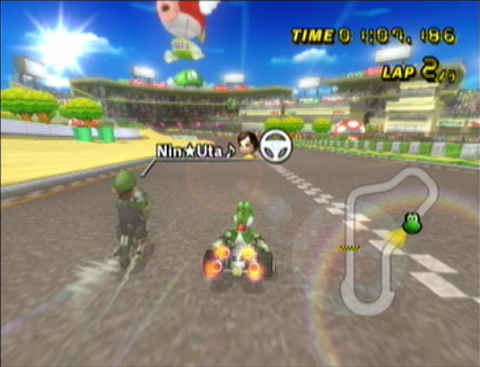 A translucent "ghost" representation of a prior performance in a racing game.

not really relevant for historical reasons, but a nice little anecdote 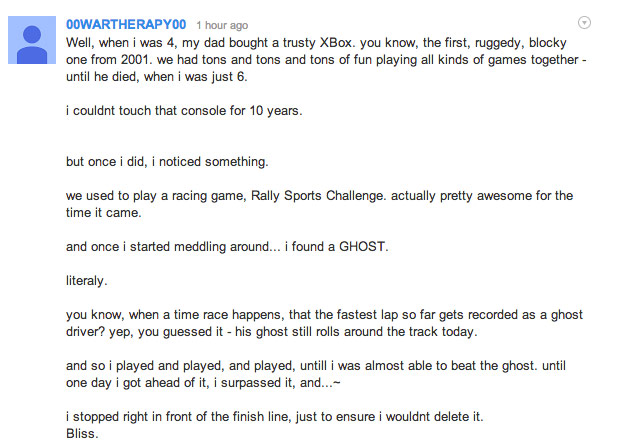 The Ghost in the Machine

In racing video games, a ghost is a car representing your best score that races with you around the track. This story of a son dis

I posted about this in the Cartoons thread, but the Bee and Puppycat episode “Snow and Violets” (I think ep 7 of the new series) has a really cool narrative take on this concept.

Woah I love the idea of being able to play against your friends’ ghost cars but actually interact with them directly.

Not a historical example but a game that does something cool with ghost cars:

survive against your ghosts

Nearly no other games will provide player “ghosts” - ones that do are definitely worth mentioning.

kind of a side note, but iidx actively promotes the concept of ghost scores as a tool for self-improvement! there are various active, in-game methods (for example, a live bar graph or even an overlay element next to your combo counter) to display where your score is relative to your rival’s score or your own best score. again, this is live — it doesn’t just count it up at the end of the song, but it actively shows you note-by-note how you’re doing against your target as you play. 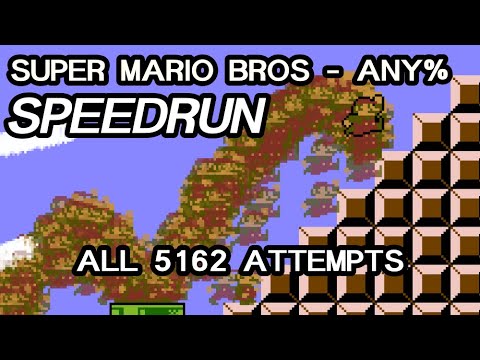 iidx actively promotes the concept of ghost scores as a tool for self-improvement!

legit the best feature they’ve ever added to the game.

Kikstart: Off-Road Simulator (1984)
I consider on-screen timers to be an important thing to note 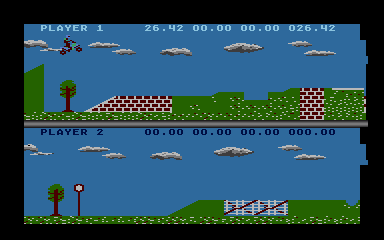 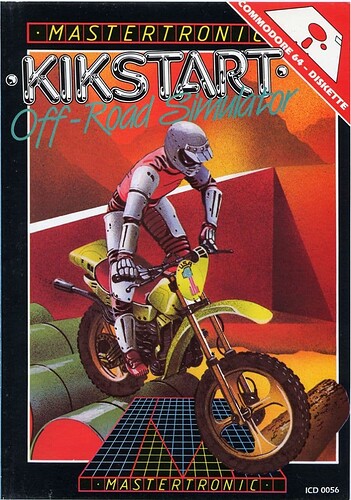 Does this game actually have “time trials”? I will try it out at some point soon

the spreadsheet is getting pretty stacked now, yeehaw

did some research and i’m sad that there does not appear to be a mod to play DOOM Demos like time trial ghosts. well, at least in a cursory search

I have a vague recollection of someone on SB or perhaps even back on IC who did this with Gradius and had a bunch of people play the first stage and send them a file, eventually publishing a video showing everyone’s ghosts tinted in different colors playing through said stage at the same time.

This isn’t helpful at all but it’s what jumped to mind when I read the first post.

Also not sure if the records of your various deaths in Super Meat Boy would be considered a version of this.

anyone who is willing to help, please request edit access to my spreadsheet. i am basically looking for

ghosts should be yes if the game allows player ghosts, blank otherwise
racing should be no if the game is not a racing game, blank otherwise
saved races and saved laps are how many instances the game will save of each for you
delta is whether or not the game gives you a +/- indicator while racing, yes or blank
sections is whether or not the game splits laps or courses into “sections” and times those for you, yes or blank
decimals is how many decimal points are in the timer