I tend to bend the definition of synthpop a little because genres can be flexible and confusing. Because of my somewhat expansive definition, synthpop makes up at least one-third of the music I listen to. but I generally think of things as either “dark” synthpop (such as Depeche Mode) or “light” synthpop (such as Erasure or Pet Shop Boys).

Speaking of which, I will skim over those groups in this thread even though they are favorites of mine and I listen to them a lot, to focus on things that might be a little more obscure (but that are very good). I’ll just include this summary that I wrote in another thread:

If I had to pick just one Depeche Mode album as representative of their music (and of the genre), it would have to be Violator. When someone asks me what kind of music I like, I sometimes start with this song because most people will have heard it at some point. It’s hard to overstate how influential Depeche Mode is, even far beyond the “synthpop” label.

Erasure is (and probably always will be) my most-listened-to artist on Last.fm. It’s difficult to choose just one album, let alone just one representative song from that album (they’re still going strong today after all these years), but I’ll go with I Say I Say I Say. Incidentally, Vince Clarke, who formed this band, also formed Depeche Mode and Yaz/Yazoo. So I guess he is directly or indirectly responsible for like one-third of the music I listen to.

I’m tempted to choose “Go West” as the representative song here but it’s a Village People cover so I figured I should go with something original instead. (The first thing I ever heard by them was “Always on My Mind,” an Elvis Presley cover.)

I’ll do one artist per post, so I can embed a song or two without each post becoming a monster. These will be in a random order. Feel free to add your own favorites, if you like this sort of thing.

I’d listened to this group’s cover of Voyage, Voyage quite a few times before I thought to look up some of their other music. I think they are from Germany but a lot of their lyrics are French.

Here’s the 1980s original by Desireless (which is also good):

And here is another song by La Floa Maldita that’s not a cover: 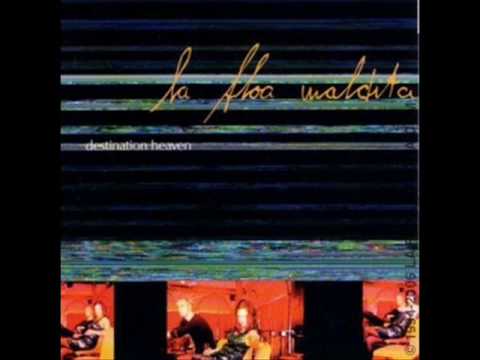 Swedish musician Johan Baeckström is a member of a couple synthpop groups (such as Daily Planet and White Door), but it’s his solo stuff that I like the best.

Okay, I will include one Daily Planet song. (My favorite version of this song is not on YouTube, but this is close enough.)

This German group changed their name at some point, but they have good songs under both names.

Once I discovered YMO was a thing and that the individual members also had pretty big back catalogs of albums, I really glommed onto Yukihiro Takahashi’s work, but especially Neuromantic. 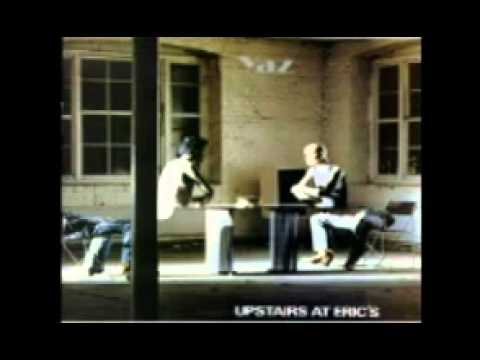 Syrian is from Italy. Almost every one of their songs has lyrics about outer space (which is fine with me, but it’s kind of funny to hear how many different ways they have of talking about the sun, moon, and stars).

This song has vocals by the Alphaville singer:

It seems that they recently changed their name to “AvantgardeSweden” to distinguish between other things with the same name.

This song about chronic illness was my introduction to the band:

And I really like the analog sounds that they use in this one:

Here’s one from late last year, on the first of three EPs they are working on now:

Not to be confused with Avantgarde above, this group is from Germany.

I’ve always liked how they abbreviate the title of this song. The lyrics are “Take me as I am.”

This is a group that released their music on the old MP3.com. They were sometimes tagged incorrectly as Depeche Mode on Napster. 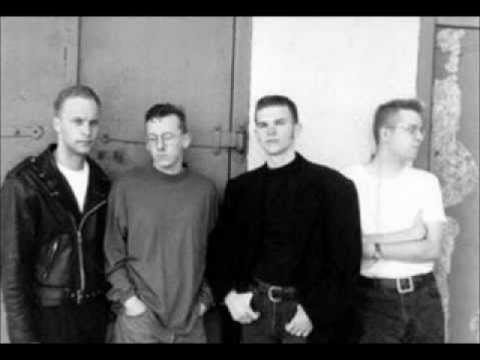 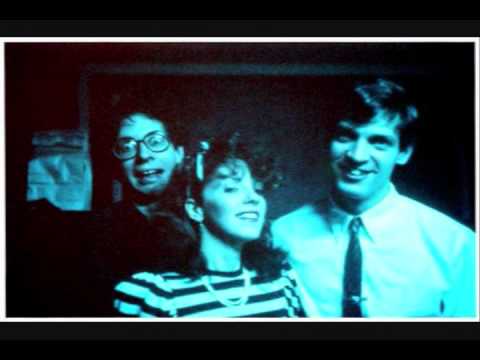 oh something to sing to the pets actually

Here’s one that’s not from Europe but from the U.S.

In looking for a link to share just now, I discovered that there’s a new Class Actress album. Here’s a song from it. (I only skimmed the songs but this one has bells in it and that’s something I always like to hear in music.)

Nothing after the first La Roux album has really grabbed me, but that first album is very good. 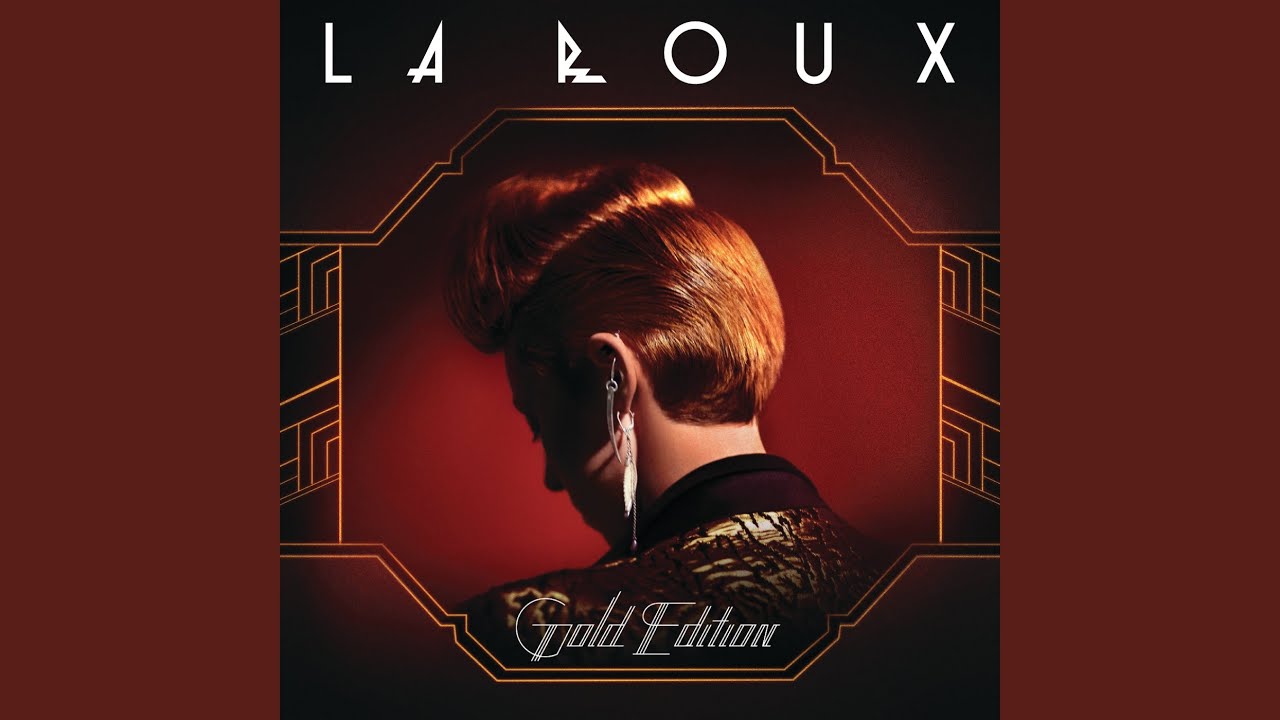 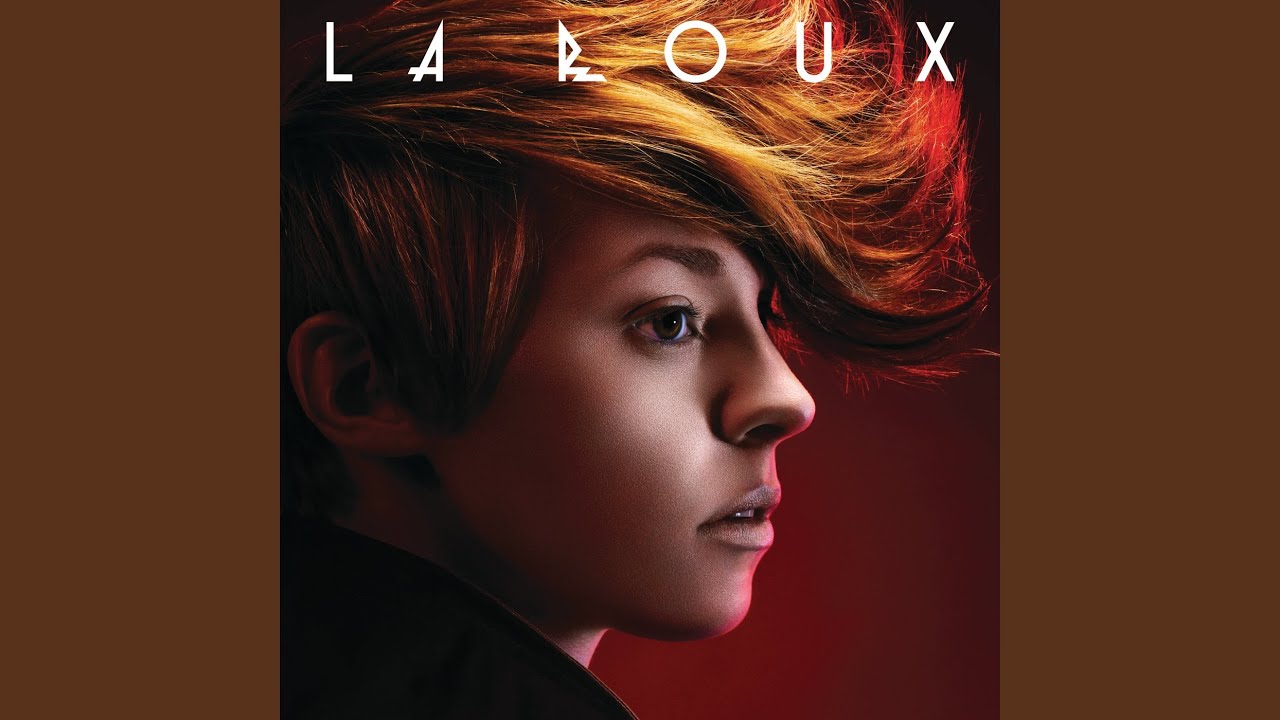 Another one from Germany, prominent in the “Depeche Mode: The Next Generation” category. Difficult to choose just a couple songs because I like a lot of them. I got to see them live once, along with Mesh (coming soon to this list). 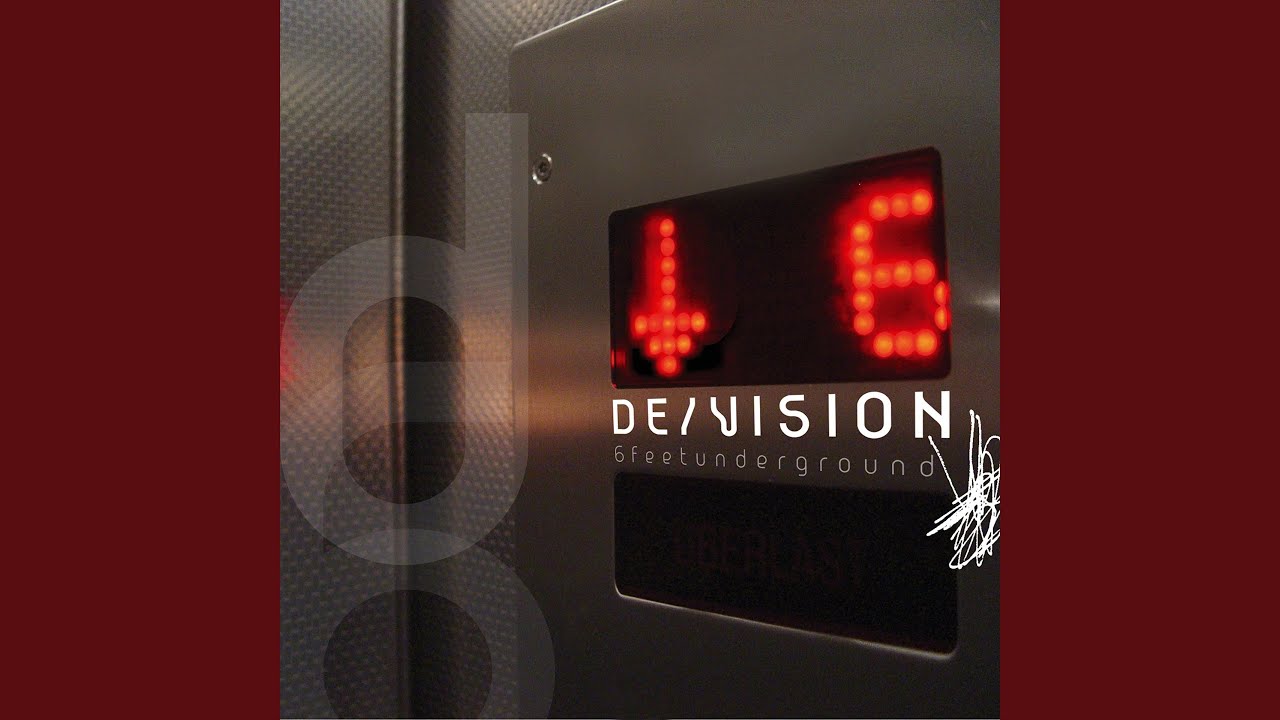 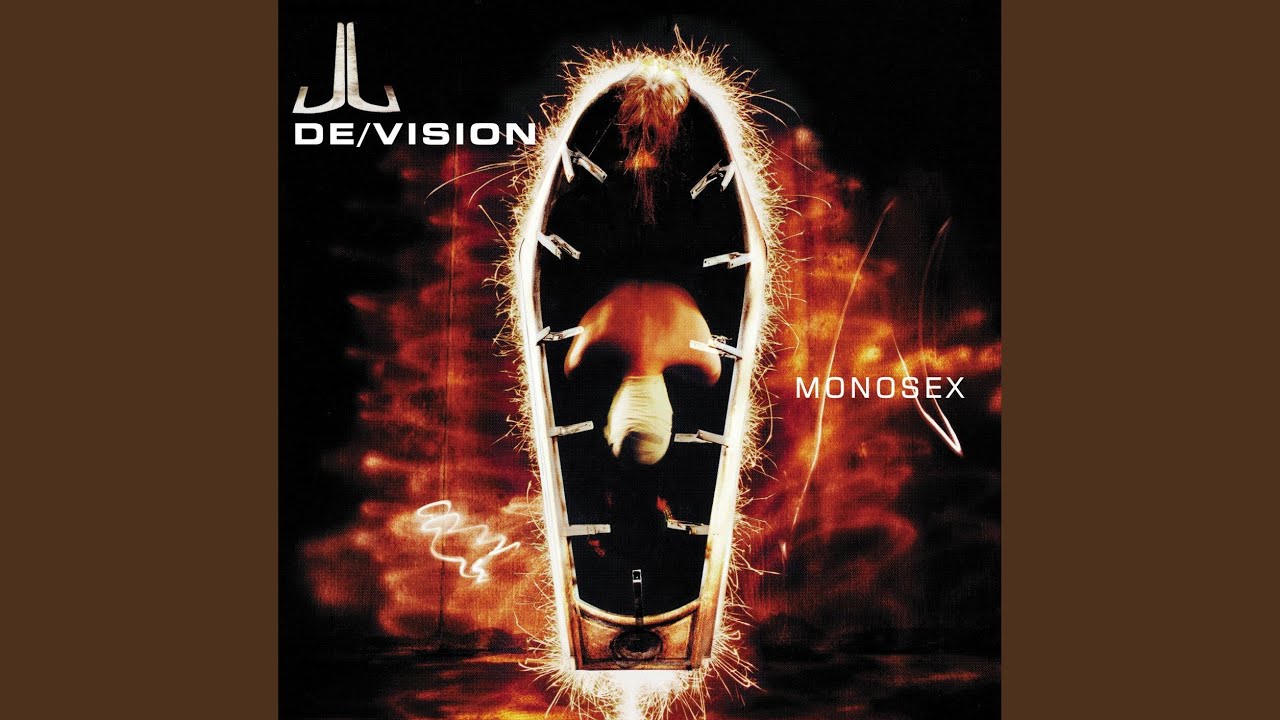 And another one from Germany (won’t be the last). In Strict Confidence goes in the “darK” category, both musically and with their attempt to be mildly transgressive.

One thing I find amusing is the way European synthpop artists sometimes have English lyrics that are just a little off or slightly awkward. I’m not specifically referring to this group, though they do have a few good examples of what I mean in their discography.

Another thing I notice sometimes is how other synthpop groups will sometimes borrow phrases from Depeche Mode songs. It might sometimes be coincidence, but I doubt it.

Here’s a bonus Nine Inch Nails cover from the same album (not one of my top picks for Absurd Minds but a novelty):

I’ve been listening to a lot of synthpop lately. Been trying to discover more. Glad this thread exists!

New Musik is super slept-on, ahead of their time and still sounds fresh. Can you believe this song dropped in 1981? 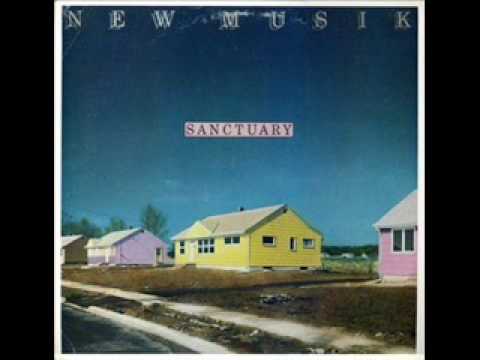 The guy from New Musik later went on to produce a few well-known 80’s synth albums. I’ve been obsessed with Naked Eyes lately. Everyone knows them for their kinda corny cover of Always Something There To Remind Me, but the album “Burning Bridges” that comes from is great front to back. Whole album makes a great case for the Fairlight CMI. This song was a lesser-known single and it fucks:

Also notable for maybe accidentally pioneering vaporwave with the intro of this song? 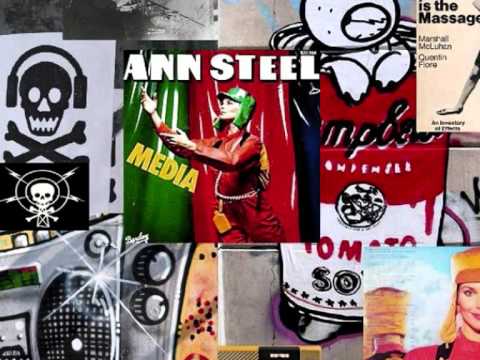 Speaking of which, this is a recovered cut from that era. As far as I know this group only released two songs but they’re both excellent… Maybe kinda straying from synth pop depending on how you define it but I love them 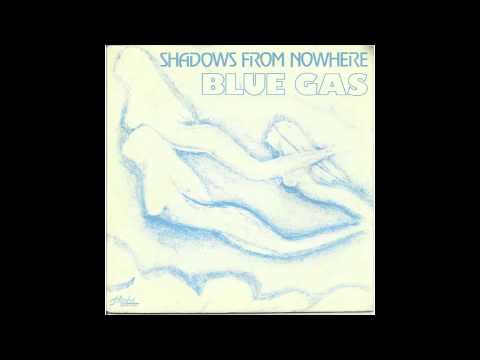 They have English and French versions of some of their songs.

I just learned that I’m not in a good position to judge their best or most representative songs because they’ve released quite a few since I last checked. I’ll have to catch up.

I feel like I’ve disproportionally shared German dark synthpop so far (though I haven’t exhausted that category yet), so here’s some lighter stuff from Australia.

And here’s a bonus Erasure cover:

Making this list has once again been useful, as I just learned about a new Neuropa album.