Regarding Osman, there’s a striking sentence in its Wikipedia article which I have not been able to find much–or anything–about: 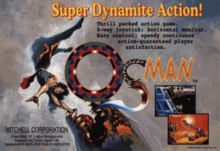 Osman[a] is a side-scrolling action platforming game produced by Mitchell Corp. that was released as a coin-operated arcade game in 1996. Many ex-Capcom staff including Kouichi Yotsui (credited as Isuke), worked on the original arcade version of Strider and designed Osman as an unofficial sequel to Strider. Yotsui directed both titles. In contrast to Strider's futuristic Kazakh-Soviet setting, Osman is set in a neon-lit cyberpunk Arabian setting, while Strider Hiryu is replaced by a Middle Easte...

Their summary of Osman’s plot is

It is the late 22st century, and the world has come under the control of a single federal government. One day a new threat known as Abdullah the Slaver appears, causing widespread terror and panic. The fear in men’s hearts incites the abandonment of all economic activity. The federal government, which is the foundation of capitalism and modern civilization, has become nothing less than an insidious idea that corrupts the foundations of society itself.

It destroys the idiosyncrasies and variations among national viewpoints, stifling them in the name of “freedom” and its own internal ideals. 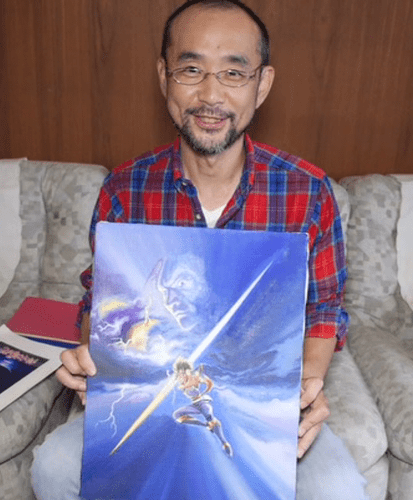 Isuke (伊助) was the pseudonym Kouichi Yotsui (四井浩一) used while developing the CPS-1 installment of Strider. Yotsui has also been credited as "Teruaki", "The Fourth Sally", and "6th Sally", and has worked for the major gaming publishers Capcom,...

Yotsui’s team developed their game with the idea that it was a “competition” with the other two projects (Masahiko Kurokawa’s consumer version and Tatsumi Wada’s manga), and that theirs was “most important”[4]. Although there was tension over the long hours he demanded from his team, Yotsui felt that if they would just do as he instructed, they would be fine, and was unsurprised when their game ranked first at a game show.[4]

Nevertheless, Yotsui’s Strider Hiryu ran behind schedule[4]. Yotsui believes it underperformed in the sales department[10], noting that rumors within Capcom attributed its poor sales to that delay[4]. He left Capcom not long afterward. In an interview several years later, Yotsui confided when asked about the popularity of Strider that he “never felt that Strider became successful”, but that he always felt that he and his team were “in the middle of creating a very interesting game”.[13]

Osman elevated the gameplay of Strider Hiryu to a new level[4] and bears a noticeable and striking resemblance to its predecessor[4][16]. Despite this, Yotsui remembers being “tired” during its development, calling Osman “self-parody” and intentionally “kind of strange”[4]. It did “alright” in Japan but fared worse overseas[16].

But I don’t get much out of that aside from him probably blaming marketing and upper management for forcing the game–well, both games, ultimately–out before he felt they were ready, and holding back some of his ideas. In other words, the usual game designer complaint.

Cannon Dancer is coming to Nintendo Switch, PS4, PS5 and Xbox for the first time ever, with a planned release in Q1 2023.

After being released during the 90s fighting-game hype Cannon Dancer, also known as “Osman” in the US, slowly began to fade out of arcades due to the small number of units. Over the years, the title became a video game legend, with fans around the globe interested in getting their hands on it. Almost 30 years later, ININ Games has teamed up with two key members of the original development team to finally bring the game to modern home consoles: the game designer Kouichi Yotsui (also known as “Isuke” and famous for his work on “Strider”) and the artist Takashi Kogure (better known as “Utata Kiyoshi”).

About Cannon Dancer:
Cannon Dancer is an Action Jump & Run set in a dystopian late 21st century, in which the world is under the control of a single federal government. One day, a new threat known as “Abdullah the Slaver” - an evil sorceress who wants to take control of the world - appears, causing widespread terror and panic. This fear incites the abandonment of all economic activity and corruption in the government, which now undermines the foundations of society itself. Judicial Affairs Director, Jack Layzon, fears the worst and summons a lone assassin.

The player controls a Cannon Dancer called Kirin; a top-class agent in a mercenary unit known as "Teki”, and a highly skilled martial arts fighter. As he travels, he has to face not only Abdullah the Slaver and the government forces but also the other members of the Teki, who want him dead for personal reasons.