smash fighting and platforms together

don’t worry, we can throw the whole thing in the garbage right away 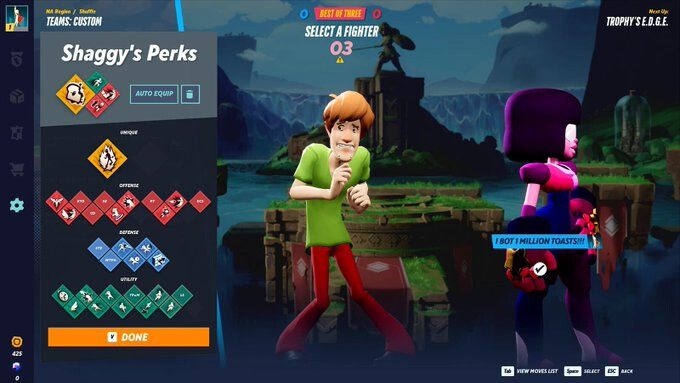 possibly? this isn’t the first time there’s been a boom of them. there were a ton of licensed anime smash clones in the early 00s.

Probably a broader casual audience? Regular fightmans don’t have the reputation of being easy to pick up and play.

On one hand, Smash has had perk systems since Brawl and nobody ever actually cared about them enough to use them.

On the other hand, this is a free-to-play game, so there is a 99% percent chance this system is the reason all the gameplay in that trailer looks so slow and anemic.

Not looking forward to this.

good art direction is about the only positive i can say about this, honestly.

platform fighter? really? it’s such a difficult genre with, far as i can tell from casually watching the scene, an enormous amount of churn due to high execution/cognitive barriers for competitive play. most people i know that play smash do it in spurts; play for a week or two, then never play again. i only play it sometimes as well, and other games with smash mechanics are instantly offputting to me (like Abyss Odyssey)

i guess we’ll see. maybe this is just my anti-smash bros bias showing, but i really don’t think this is the right direction for a multi-property WB game. Especially since there’s vertical progression in multiplayer (barf)

This is also a huge issue with the genre as any title is going to have the giant of Melee standing on its shoulders – it’s a near-unsurmountable combination of powerful nostalgia, Nintendo-level polish, and association with the Nintendo IP, the Smash team itself struggle with it immensely; how are other developers even going to manage?

i.e. I don’t think any platform fighter can be “as good as melee” as long as Melee is still the defining title of the genre.

well then, i think it’s great that they’ve set themselves a horribly difficult task

street fighter 6 should be a ‘platform fighter’

Marvel vs Capcom 4 should be a ‘platform fighter’

nintendo’s already twelve steps ahead of all of these dopes. my research on the dank web indicates smash 6 will include a robust political debate simulator, making it the truest “platform” fighter yet.