Did we have a thread about this already? I was just reminded that this exists when I watched this:

libble rabble for the super nintendo is two players one controller, it even came with a snap on dpad you could put over the ABXY buttons to make it more intuitive

a couple of games in Sportsfriends (i forgot about sportsfriends, commercials for it played in gamestops) are for multiple people using one controller as well

Semi related but one time for shits and giggles I was playing some STG in an emulator and bound player 2 to the same keys as player 1 and then just started a 2 player game and moved to the bottom corner so both ships overlapped and gave me double firepower. At one point I felt frisky and since the emulator supported multiple bindings I gave P2 an an additional set so I could dash out separately to pick up different weapons from P1.

turn-based games are an obvious one, especially on handhelds where you can’t see your opponent take their turn

it’s not the same, but one of the mega drive micro machines games had an insane 8 player setup: you didn’t need a multitap because there were two controller ports in the cartridge, and you could have 2 players using each controller. i don’t know exactly how it worked though, as i only read about it in magazines

it was libble rabble!

WarioWare Inc for the GBA had a few unlockable Vs mini games that were controlled in a similar manner with each player holding one side of the console.

two players one controller on ouya

apparently, it’s recently been the subject of a fan revival

ibb & obb on consoles had a two players on a single controller mode that they seemingly removed from the PC release as some people got confused and thought that there was a single player mode in this co-op only game. I was one of those people and was rather stunned when I learned that.

from the Klonoa Beach Volleyball manual 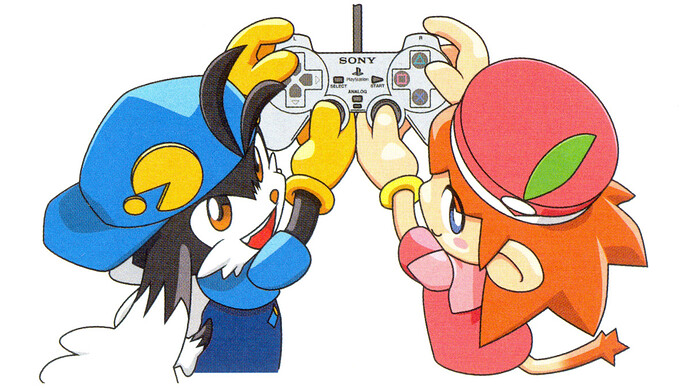 WarioWare Inc for the GBA had a few unlockable Vs mini games that were controlled in a similar manner with each player holding one side of the console.

To expand on this, since it’s the only one I can think of, all the games were one button only, which was the shoulder button. The two I can remember was a weird Roomba game where you held the trigger to make your robot vacuum go, then let go and it would start spinning so you could pick a new direction…

and one where each person had a pole that moved up and down and you had to poke, like, little rocks in the middle so they would crash on the other side.

Looked it up and the other two were a hurdle race (boring) and chicken race (slightly less boring, hold the trigger to pull back a leg like a pinball plunger then kick a weird on a skateboard farther than the other player without going off a cliff)

Oh, also Bounden which I have never played but looks kinda cool:

A mobile dancing game for two, featuring dances by the Dutch National Ballet...

The Switch versions of Neo Geo Pocket Color fightmans allow for multiplayer with a single console, by showing two screens, at a 90-degree angle and having player one use the left joystick + d-pad, while player two uses the right joystick + buttons. It’s a bit awkward, but still nice to have–especially since playing multiplayer in the original NGPC was something that occurred mostly in theory rather than in practice.

Besides Pinball Duel, there seems to be another PSP Mini that does the single handheld multiplayer, “Duael Invaders”. 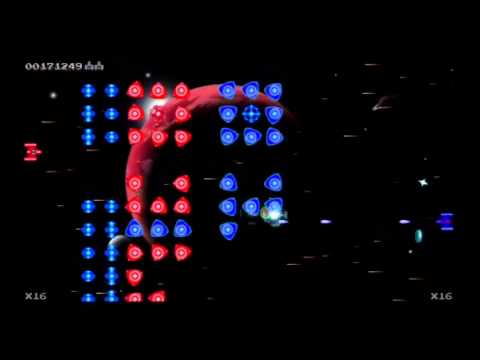 Also probably Smashbreak, I mean there is a VS mode after all.

Also also Ape Academy 2 came in the mail and also came with a lovely screen peek blocker and now I am very curious what games it supports: 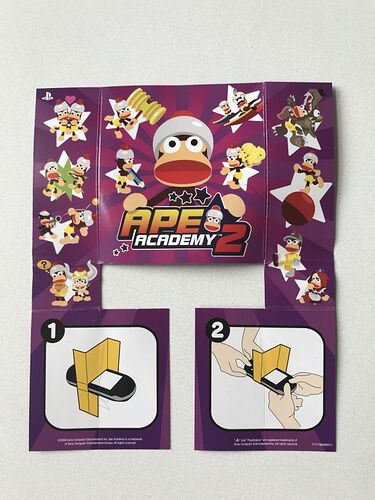 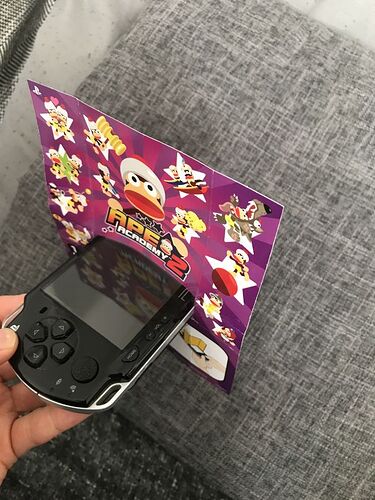 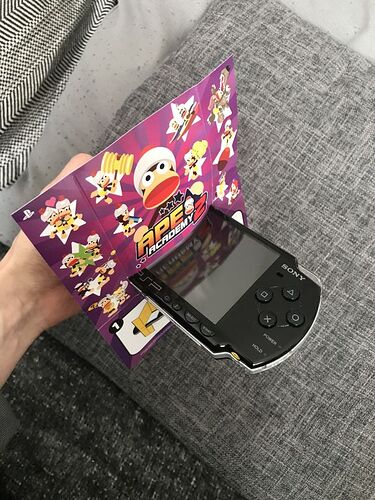