RPGs have Gone to the Birds!

alright so @contentdeleted, @haley, @the_clraken, and myself took part in Mini Jam 99 this weekend! The theme was birds and there was an additional limitation of “Can’t Stop Moving”.

So we made an Arcade RPG about birds migrating south and stealing food from people!

I think it’s conceptually strong, and i think all of its parts are really charming, but also it’s like half-functioning and the game is catastrophically unbalanced. Just absolute dogshit numbers.

Anyway I’m still proud of how much we stuffed this thing full of and I think you should try it at least once to hear the sweet tunes, see the lil birds, and read our stupid flavor text 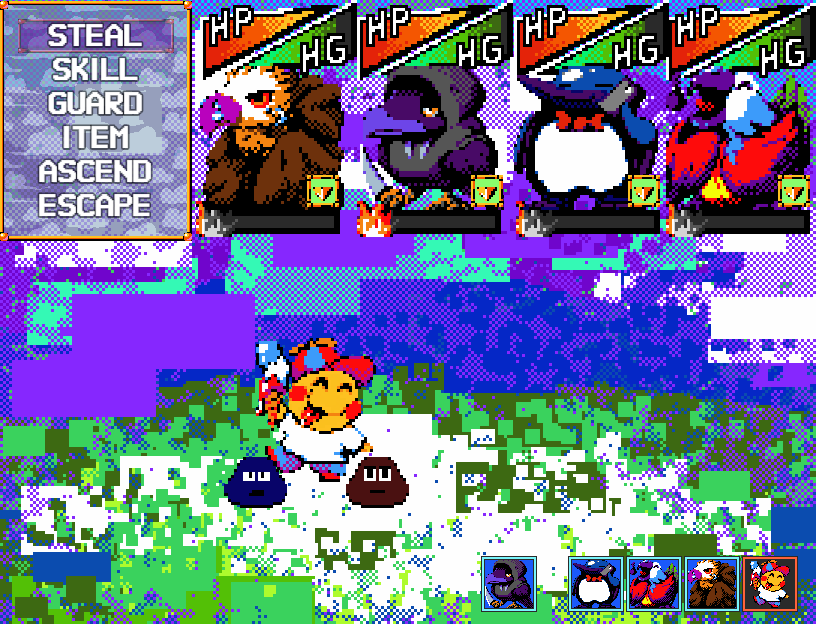 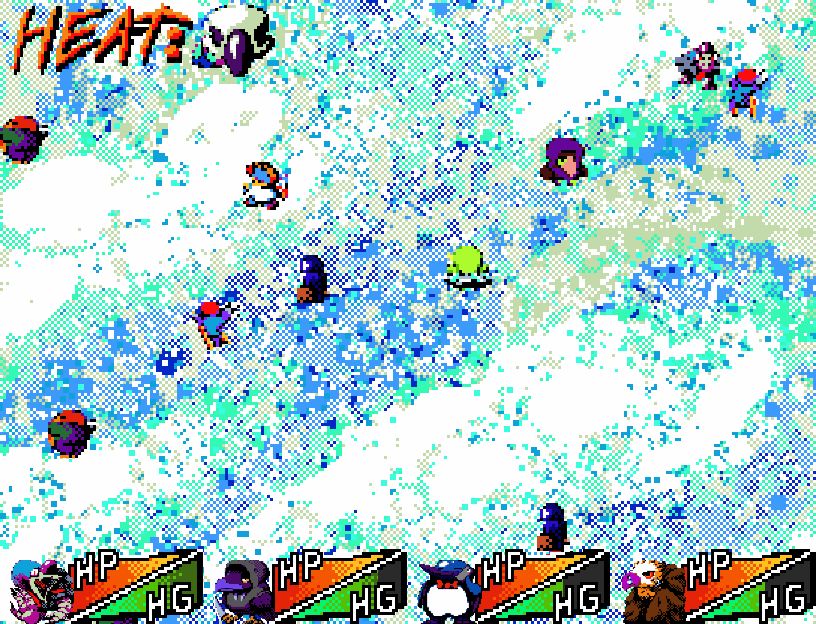 Become as birds. Fight hunger and God in this arcade mini RPG

I love the art style. I’m looking forward to playing it! Congrats!!

i think you’ll find its more fun to look at than play at the moment but thank you! i’m really proud of the art i did for this (and am pretty surprised that i managed to do it all in the weekend)

I wanna play this

yup! we did it all in MV! plus some plugins and a lot of futzing with the js and our own plugin, courtesy of @contentdeleted

We really bent the engine to its breaking point to get some of the mechanics working how we wanted. In some cases I didn’t even bother hooking into it with plugins and just changed bits of the core files lol. It’s a wonder it works (it mostly doesn’t)

This looks absolutely sick—excited to try it out!

I’ve bookmarked this for tomorrow

I downloaded it but I don’t have enough read speed to catch up the introduction text for first time play…it seems autoplay in desktop version.

I missed this thread before but now I’ve tried the game and it’s very good. Though I skipped the tutorial and was therefore a little disoriented, I think that added to the appeal. One of my characters died and I accidentally dismissed another one, replacing it with a bird that didn’t seem like it would be nearly as reliable. I don’t know how far you can lean into that type of chaos in your game design without risking people quitting too soon, but it’s a fun thing to experience.

(for anyone just now seeing this thread, the first post contains the very unrepresentative game jam version. the demo from the meetup isn’t online.)

I don’t know how far you can lean into that type of chaos in your game design without risking people quitting too soon, but it’s a fun thing to experience.

i think our goal is to be roughly as weird as a kawazu rpg and hopefully no more inscrutable than that. i have some better tutorializing/quality of life features planned based on what i saw at the meetup, and the player is expected to lose once or twice as they develop strategies, so it’s probably not for everybody but hopefully it will work out.