In 2013 I got a PSP and hacked it, then put the entire Game Boy library onto it. The firmware I was using for the PSP had a method for taking screenshots, and that gave me an idea: what if I took screenshots of every GB game and did a writeup of it?

This might have been my first “what if I set the least achievable goal and then earnestly pursue it” moment. Also I was really obsessed with a blog called “So you want to be an Arcade Champion?” where this guy was playing all of the games with scores in Twin Galaxies in A-Z order to see if he could get a high score. It ruled.

So basically I stole the format and started writing blog entries. Here’s how it went:

Yeah, not very well TBH. But I’m back on this train thanks to the FunKey S and RG351V and rolling into Victory.

Anyway instead of posting these every time in the writing thread, I’m just making a different thread. Because I think these are really good and funny and anyone who disagrees can eat it.

I finished a new one…yesterday? 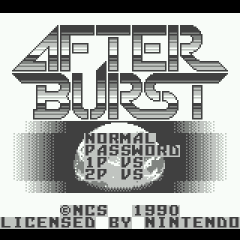 Folks, we're on a roll. Two good games in a row? That's absolutely unheard of around these parts!  By the way, on the matter of screenshot...

Yeah that was yesterday. And I bought nobatteries.rodeo which is a really good domain name.

Also also I got an email thing going too, so you can get an email whenever I post.

The site looks terrible on mobile because it’s fucking Blogger, but hopefully I’ll get something better looking going on soon.

By the way, I did the math and at the current rate of posting the project will be finished on:

Hoping to speed up just a tad though.

I’ll race you to the end of our respective platforms

There’s some guy I saw on Twitch who was finishing up playing I think it was the entire (English-only probably) Genesis library. I think it took him several thousand hours, but you should be able to do it if you can keep on trucking without getting sick of it. Color, too?

i’m pretty sure this After Burst game is the exact game someone linked me to a playthrough of years ago saying it was one of their favorite Game boy games and i completely forgot the name of. so thank you for that.

heck yeah i love going to a rodeo with no batteries

Yep! Total of 1,970 games according to Wikipedia/ 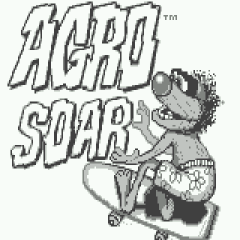 Well, we're back in familiar territory here. I'm not talking about "skateboard games starring Australian puppets" or "licensed games that ...

It's Konami! That's what I thought when I started this game. I like Konami games! Classics like Kid Dracula, City Bomber, and Whoo Yarth Ta... 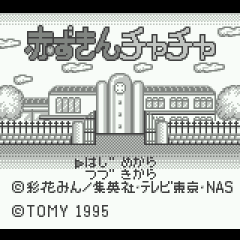 Remember how I was complaining about how the format of the blog makes it hard to write enough stuff to get past the image? Remember how I ...

I know what you're thinking. "Why are you covering this game instead of Aguri Suzuki F-1 Super Driving which you clearly missed after Agro S...

Estimated Date of Project Completion: May 13, 2452

Wow I haven’t thought about Akazukin Cha Cha for a long time. Used to watch fansubs of that in like 2001, and it was better than it should have been. 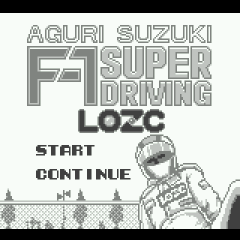 Well folks, here it is: the game I missed after Agro Soar. For some reason, it was not  in the ROM set I've been using, and was only in the ...

Estimated Date of Project Completion: May 20, 2441