tell me what are some good giant monster movies that aren’t godzilla or gamera please. I’ve seen Beast from 20,000 Fathoms and Them!

I quite like Frankenstein Conquers the World and War of the Gargantuas. Rodan’s good too if you haven’t seen it yet. IMO Yongary Monster From the Deep is worth a look both for the kaiju through a Korean lens but also the how it’s a bizarre amalgam of trying to combine the tone of the first Godzilla but with kids hanging around and goofy bits of later kaiju movies at the same time.

gorgo is pretty good. kind of similar to mothra in how some capitalist try to exploit a monster then get their shit wrecked.

war god isn’t very good, but it’s very weird and interesting. aliens attack the earth, and a statue of guan yu comes to life and grow giant-sized to fight them

The Titan of Rock Ridge

The Titan of Rock Ridge Synopsis It's a kaiju movie by way of Blazing Saddles and a Christopher Guest mockumentary, except with a twist -- the kaiju looks roughly like Saturn Devouring His Son, and he emerges from an inland lake near a western town...

i haven’t seen the whole thing but you should try to watch pulgasari, the north korean kaiju movie commissioned by kim jong il and directed by a guy they kidnapped. he later escaped and went on to direct one of the sequels to 3 ninjas!

they kidnapped the suit actor for pulgasari also, and he went on to play Godzilla in every film in the heisei series!

I have watched Rodan before, but it’s one of the absolute best kaiju films ever made imo so its worth another watch.
i have seen war of the gargantuas with the anime club and that was ok, and i got the dang song stuck in my head, i think ive seen frankenstein before as well, they kept him in a cage for most of the movie right? 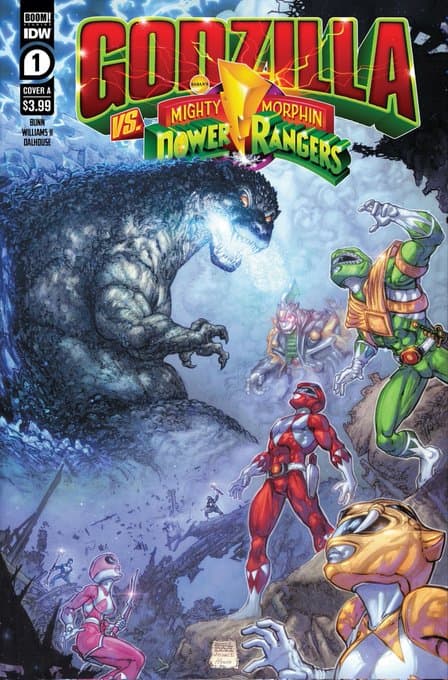