Did it for the thread title.

New Monkey Island in two weeks! I’ll play it. I’ve rebought every single Monkey Island over the last 5 years with the intention to play them.

I reference chicken with a pulley in the middle to awkward silence. It isn’t a very good joke.

Monkey Island 2 is my favorite video game of my childhood that I believe is perfect except for exactly two parts. I have really strongly disliked, on the whole, everything Ron Gilbert and Dave Grossman have done after the Lucasarts days.

I’m still going to buy this.

I’ve only ever played Curse but that was a real good time.

Yeah I really hated Thimbleweed Park and uh…certainly did play The Cave for two hours.

Guess I did also emotionlessly play Tales of Monkey Island.

More inexplicable I have any confidence in this.

I sure am at least fifteen years too old to enjoy any of these games.

Select Button
I sure am at least fifteen years too old to enjoy any of these games.

I don’t like any of the monkey island games as much as maniac mansion or loom or for that matter, indiana jones, or the dig, or sam and max…

they are still good though!! 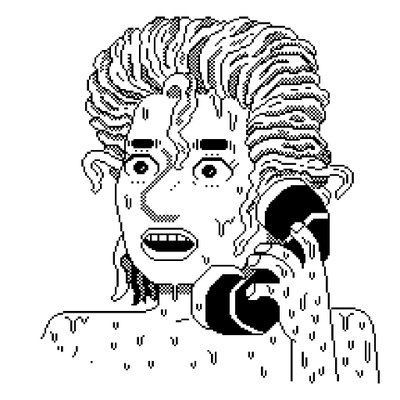 @BachelorSoft
Spent my entire damn life thinking Loom was some spooky game about druids rocking out at Stonehenge but it turns out it's some Don Bluth looking shit about Skittles wizards turning old ladies into Daffy Ducks. Nuts to this. https://t.co/UpVdDvq6jT 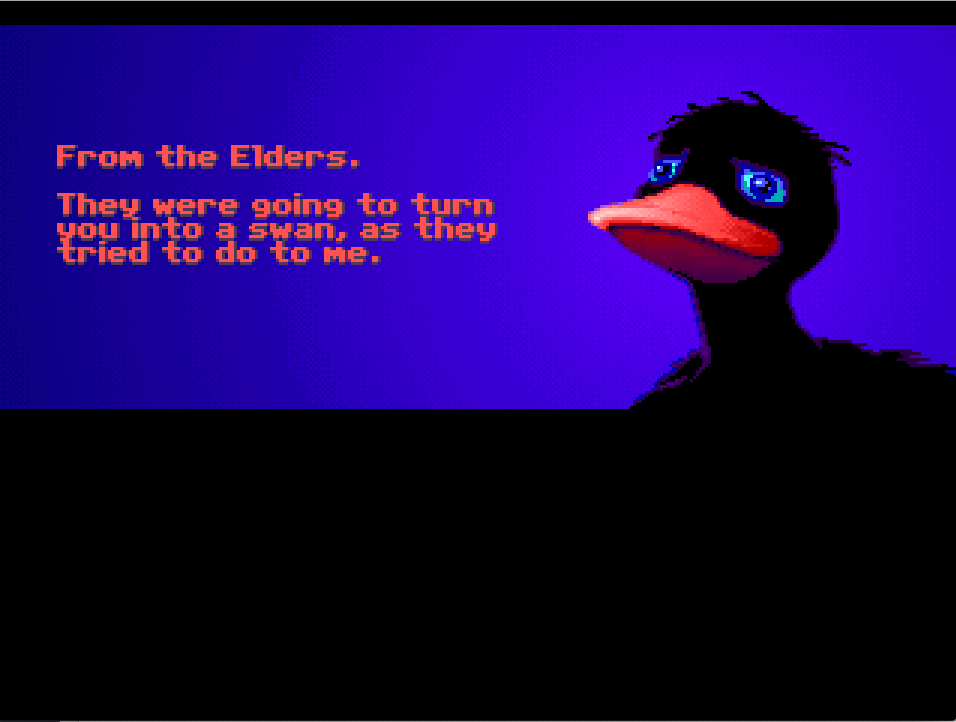 WILL NEVER STOP BEING UPSET OVER LEARNING THE TRUTH ABOUT LOOM

still don’t quite believe this

IT’S DISGUSTING, EVEN SPINAL TAP’S DRUIDS WERE LESS EMBARRASSING THAN THAT

i finished the new one today, it was definitely a… revival of a media property of a certain age. some dad stuff that was absolutely not my speed, some gloopy reminiscence, quite a few edges filed off of the writing - the feeling of one playtest session too many, dialogue filled with nudges, like someone would mention something in passing and i’d think “oh, that’s like what x mentioned” and then the player character would turn to the camera and say “didn’t x say something about that? maybe i should go talk to them, right away.” there are lots of loving recreations of characters and areas from the first two games which was funny to me bc like… this series never really went away, right? it had all those telltale games, it’s outlived king’s quest by now. there were special edition versions of the first two games and all, so if you want to see a hi res depiction of what the same areas look like you’re already well served. and there’s a level of bathos i wasn’t sure was completely intentional, where you’re wandering around melee island again commenting sadly on how much things have changed and it’s like wait was i really meant to regard the goofy theme park pirate pastiche of the first game as some vanished idyll?

but!! i did like it overall. things pick up a lot when you leave the starting island, the writing stays out of the way more, there are some fun conversational semi-puzzles like having to come up with an edgy 90s game advert campaign for limes. the art is really pretty and colourful. i couldn’t play the special editions in hi-res mode bc the animations all had a particular kind of oversmooth flash tweening i found really disconcerting but here it feels a lot more well done. and idk i did realise why i always liked this series… it kind of feels like Blazing Saddles - the characters aren’t really “cowboys”, they’re people who like the idea of being cowboys, and to a certain extent you partake of their pleasure secondhand in acting out these roles. there’s something of the same vibe here and i feel like if there was something which really merited a RETURN TO MONKEY ISLAND it was the occasional points where you could feel the writers go back to that same feeling but with a little more awareness and perspective on it than they’d had before, like stripping out any residual heroism from the guybrush vs lechuck thing to play on the goofiness of these amoral weirdos obsessed with hating each other.

spoilers for ending stuff:
it’s the same ending as monkey island 2 and thimbleweed park, for me it gets less effective each time, like i can appreciate the first one as an act of perversity and i can appreciate doing it again as an act of spite but like, after that it just feels kind of compulsive - also unnecessary since despite all the explicit focus on growth and maturity, it doesn’t feel like it gets a different angle on the idea than the second game did.
it’s also funny since so much just seems dropped! like if i had to imagine an ending off the top of my head: the three characters you expect to have their big confrontation behind the door are lechuck, lila and guybrush, who each map onto one of the three kids we saw on the start. so you can imagine a fakeout where the exciting climax turns out again to be the same three kids we saw before, who at some point got bored and decided to go make up their own version of what The Secret Of Monkey Island should be rather than sit around waiting for the official revelation. which is on the nose but at least it would kind of fit the idea of expanding the mi2 ending without disowning it, and uses some of the new stuff we’ve seen to get there. as it is you go in a door, the game ends, every other character is written off as an animatronic or else a wife so supportive she may as well be animatronic, and it ends on a promise of more adventures to come. i’m generally not interested in the finance side of these things but like, did they really just run out of money? i guess it’s nicer to imagine that than the alternative!

anyway, i had fun with it otherwise and am glad they had a whole island’s worth of the inexplicable gore labyrinth from mi1 this time. i also liked the Forgiveness Frog (“for when words aren’t enough”).