Finally watched Mad God after giving up hope of seeing it in a theater. It’s very good. I guess some people don’t like that it has no intelligible spoken lines but I’m glad it doesn’t. If not done just right or with a very light touch, talking can easily cheapen a work like this the way some of the jokes do Junk Head (in my opinion).

It’s also worth noting that there isn’t a straightforward narrative. It’s closer to something like The Mind’s Eye or an extra long Brothers Quay thing than a traditional movie. And I have no problem with that. 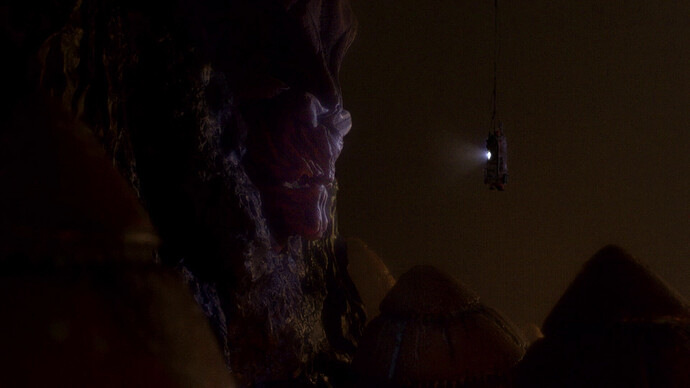 For anyone not familiar with the writer and director, Phil Tippett is responsible for visual effects in

Mad God took Tippett 30 years to make, with some stops and starts.

You know, [during] the very last year or so of “Mad God,” or even before that, the last couple of years, I ended up hating it. It was just a slog, just go in every day, and then get it done. And at the end, maybe about a year before it was complete, I had a huge mental breakdown and had to go into a psych ward for a while, and recovery, and that took me about three months to get over — but it busted my brain.

There are parts that get a little disturbing or gross, but it’s actually tamer than I’d expected. Maybe I’m too desensitized. 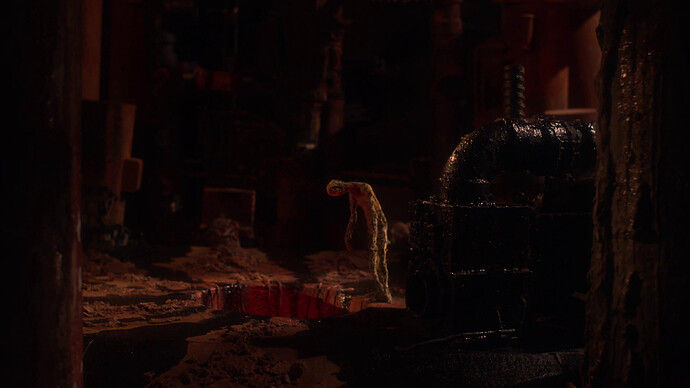 You can watch this movie for free if you sign up for a seven-day trial for that “Shudder” streaming thing (through Amazon or separately). I noticed that the credits included those who worked on “DVD special features” so I guess that’s coming as well. 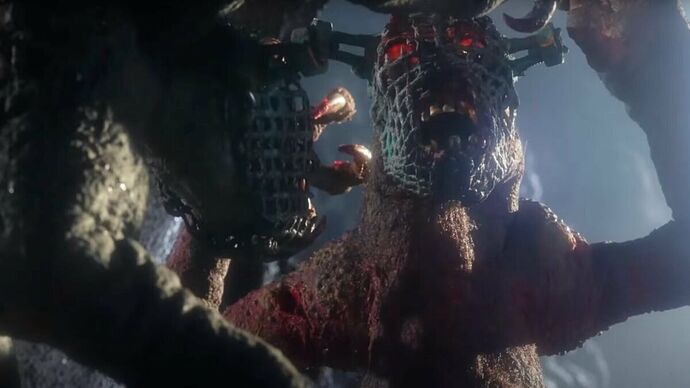 Follow The Assassin through a forbidding world of tortured souls, decrepit bunkers, and wretched monstrosities forged from the most primordial horrors of the subconscious mind. Every set, creature, and effigy in this macabre masterpiece is...

The reason I created a new topic for this is so we can maybe also discuss other stop-motion animation. For example, I like Bruce Bickford’s work. I first stumbled upon this video, which I found mesmerizing. I eventually ordered the Cas’l’ DVD. This movie took a mere 20 years to make, compared with Mad God’s 30. 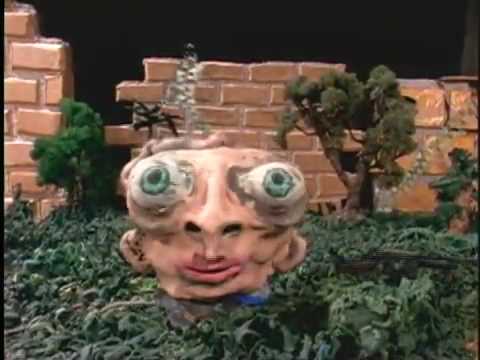 The music used in the above video is not actually from the movie, incidentally. It’s this: 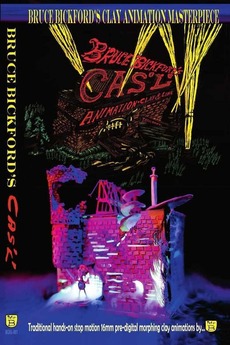 I found it more difficult to track down Prometheus’ Garden, which I have not watched yet. 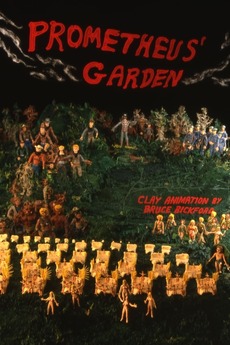 Inspired by the Greek myth of Prometheus, a Titan who created the first mortals from clay and stole fire from the gods, Prometheus' Garden immerses viewers in a cinematic universe unlike any other. The dark and magical images of this haunting film...

And I mentioned Junk Head in the first post. If you haven’t seen it, don’t let my comment about the jokes dissuade you. It’s very much worth seeing. 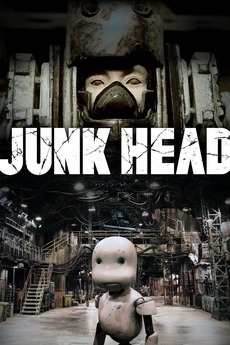 In the distant future, mankind attains longevity through gene manipulation. However, in exchange, the ability to reproduce is lost. Clones were built to maintain the dwindling workforce, but 1,200 years ago they rebelled. The humans, suddenly finding...

I’ve only seen the short version from 2013. The 2017 full movie is finished but as far as I know there is no (legitimate) way to see it at the moment. It’s been years and I don’t actually remember how I saw the short version. It might have simply been on YouTube in its entirety.

I watched Mad God with some friends not too long ago, great stuff but realised it was like three parts from 2013, not the final release that came out in 2021 so I gotta watch that version soon.

Other stop-motion stuff I’ve watched in the past few months, from the great Jan Švankmajer, Jabberwocky, a free-flowing parade of imagination and craft (love the dancing switchblade): 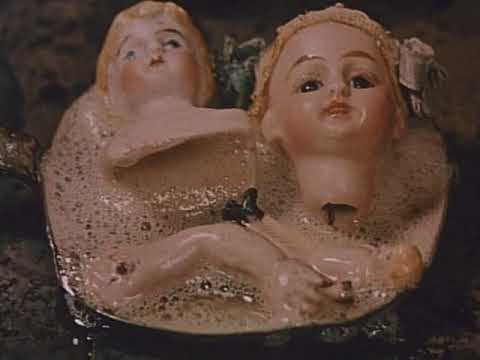 and The Secret Adventures of Tom Thumb which was really fun and gross with delightfully uncanny pixilated human actors (originally conceived (and rejected) as a christmas special (hence the few holiday references) for BBC2):

This was a favourite way back in the day via the Encarta-adjacent Microsoft Dinosaurs (1993). Had no idea it was the same guy who brought all those Star Wars critters to life (was probably just getting into those movies around the same time). Still rules. 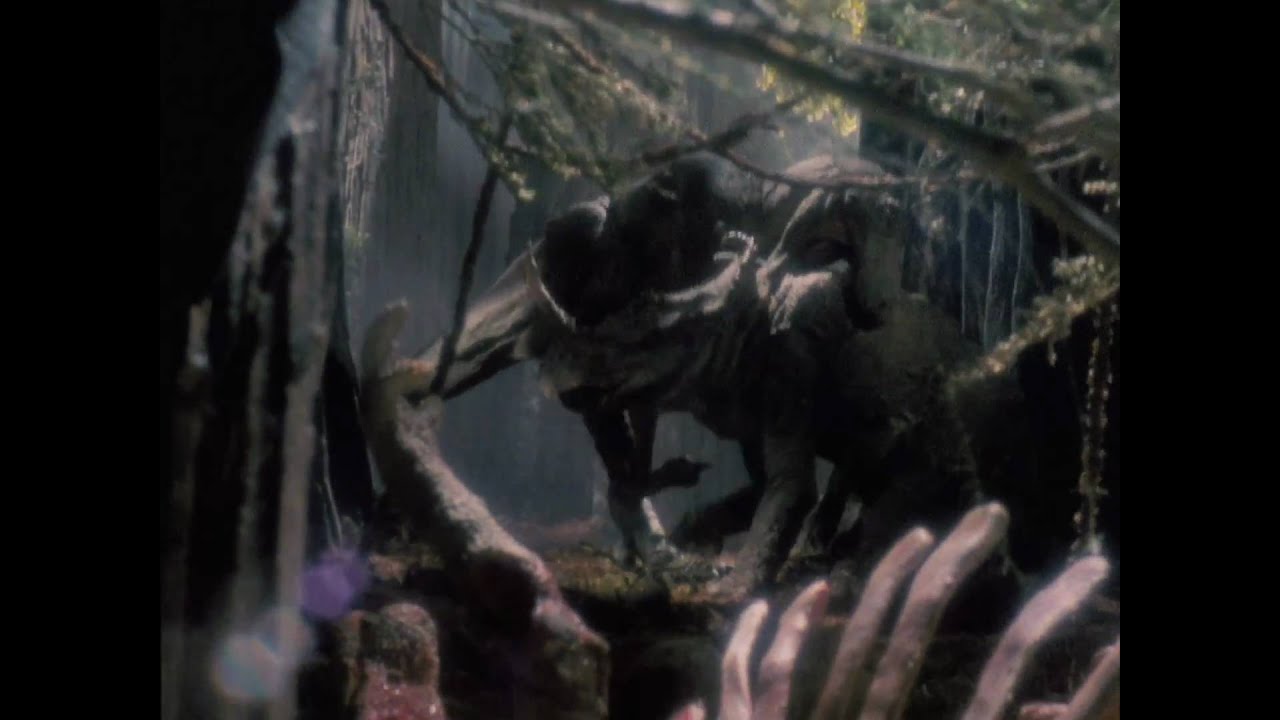 I was a little surprised at how small the amount was that they requested for the Kickstarter (which I didn’t even know about at the time), but that’s because everyone involved was a volunteer and they just needed to pay for supplies.

The crew is entirely made up entirely of volunteers, including artists from Tippett Studio, students from local art schools, and industry veterans who remember the “good ol’ days” when effects were made by people on sets photographing puppets one frame at a time.

It looks like they already produced three separate physical releases for backers, with special features. I can only assume that there will be a combined version with everything but I can’t find any details anywhere.

The only physical merchandise they have at the moment is a small collection of shirts and stickers and things.

According to Phil Tippett, lots of work on the film was done on Saturdays by students who wanted to get some filmmaking experience. The scene with the mountain of dead soldiers was done by melting thousands of little army men together on wire, and it took six people three years to complete the scene. 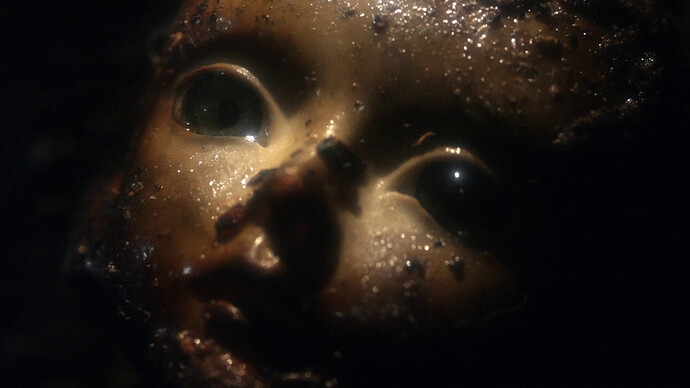 Finally saw this dang film tonight. I was on the lookout for certain scenes, like the mountains of dead soldiers, because of how long they took.

I’m not sure if I should interpret some parts literally or figuratively. Or try to ascribe certain meanings behind a lot of the visuals and motifs. I think time is a running theme, there are clocks everywhere, and it seems to be something that haunted Tippet.

Some of the creature designs were very good, and by Very Good I mean very disgusting and disturbing. I haven’t felt disgusted by something like that in a while so I feel like I got what I came for out of it. (Also, I’m someone who liked the Very Terrible Film “Nothing But Trouble” for similar reasons, there’s just something about grotesque hellworlds that I like IDK)

Two of the characters are wearing Crocs which was just really funny to me.

One of the things I didnt realize I did to cope with trauma was to imagine even more fucked up worlds and scenarios in my head. I think to make the real world less harsh in comparison? But also a fantasy world that reflected parts of my reality of hopelessness, unfairness, cruelty, being trapped, etc. And also in these fantasy worlds, characters escaping and enduring. But also: suffering, a whole lot of suffering.

I don’t think Phil Tippet is using the film to exercise these demons or whatever but it’s certainly in line with some of the stuff I imagine. On an aesthetic level it’s much more different. I think the inherit, endless, and senseless cruelty is there. I think Wayne Barlowe’s Hades/Hell illustrations also come from a similar creative vein. The world is super fucked up, therefore, I will make a super fucked up world because it’s the only thing that makes sense. I think in imagining these worlds you sort of are also, technically, the god of them. Phil is the god of this world and decides what happens, ultimately. So I think this is where the title comes from.

There is a scene like this too in the later part of the film, with that one robed gnome character that has the terrarium. It’s the one pleasant place in the film. He releases a bunch of worms for the mushroom(?) people to eat, then flips a switch for a predator to come in and eat one of them, cackling the whole time.

My interpretation of the baby thing is that it’s a metaphor for one’s inner child. (It’s a child inside the Assassin, ergo…) and when the world finds your inner child it’s only a resource to be exploited, ground up into nothing and turned into literal dust. That is how my career in a creative industry feels like! At least! You use a lot of childhood creativity and imagination to draw from in order to produce something, the world sees this as something to exploit, because they seem to know you want to express yourself so bad you’ll endure whatever.

There is a scene where one of the Lint(?) worker figures is standing over a fire pit, burning up, and their body falls in. And there’s a line of them going in one after another, and I was like “yeah that’s me”. It’s such an apt metaphor for burnout.

I also think Tippet just wants to make gross things because there’s a little childhood fascination with gross things like crawling things and slime, and he didn’t let go of it. One thing that brought me to this was the (depiction of monster) Screaming monster with boobs for testicles that pooped a lot. Which at first made me gasp with how grotesque it was but then I was like “actually this is so gross it’s almost funny”. This is totally a monster someone would draw in a notebook in middle school but now painstakingly brought to full life and realized on screen.

Also the scene where the doctor is cutting up the assassin and splashing blood on the ceiling wraps around from being grotesque to cartoon funny? The medical people wearing crocs, again, is just funny to me. There’s little bits and pieces of the real world that show up in the film which I don’t mind.

One of the Letterboxd reviews said something like “God gives us a map that falls apart” and I was thinking “yeah, he sure does”

I just watched another stop-motion film that I’d been meaning to get around to, The Wolf House. This one blends 2D and 3D animation in a way that I haven’t really seen before on anywhere near this scale. It reminded me a little of some of the experimental animation I saw on Sesame Street as a kid.

Unsettling all the way through, I found myself a little nervous about where the story might go. It’s quiet and calm but relentless. And the animation is consistently mesmerizing.

I really didn’t know much about the real-life historical background going in. Maybe it’s even more a horror movie if you do. 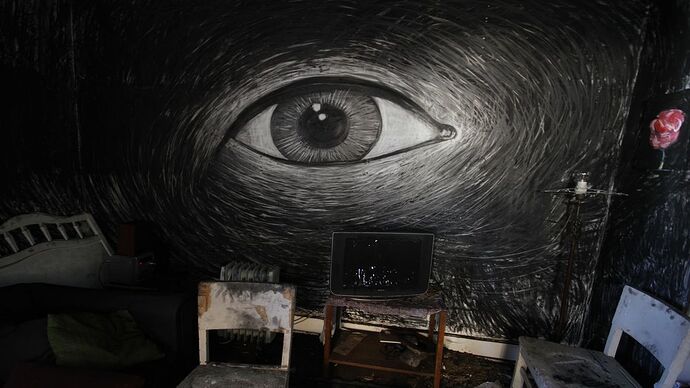 María, a girl from Colonia Dignidad, in Chile —a kind of sectarian community, tyrannically mastered by the ruthless Paul Schäfer, a German madman, religious fanatic and child predator, who would end up turning the place into a torture center at the...

Didn’t like mad god but cannot recommend the wolf house enough, very excited to see whatever they make next.

Physical version coming in December. I hope it has a lot of special features. 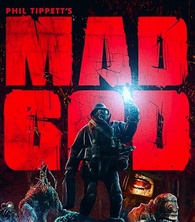