Grabbed this on a whim after watching promising footage of it being played. Goes for cheap, 20 bucks or less, was £16 for me on PSN. Have since reached 100% completion on Normal. Definitely going to go for it on Hard.

Here’s a look at the first of four areas of the game.

It plays smoothly and intuitively, right down to the granular dimension of taking cover behind objects or in alcoves. It bills itself as a comedy but it’s more just a straight pastiche, with enough of its own character to make any overt references sit home nicely, reminiscient of a 90s Build shooter. It’s a vivid and committed retro cyberpunk setting, a straightforward controlled chaos shooter which manages to encourage aggressive and defensive play in equal, rewarding measure. I would be surprised if we got anything else this solid this year.

Honestly, the fact that they actually honour and fully commit so much of their many, many influences goes a Hell of a long way to make the whole thing work.

Quite a few Easter eggs too, although I’ve only managed to find Gizmo doing his humming song

The weapon variety gets insane in the latter stages but really, how many different machine guns does one game need?

That was one of the more surprising ones I found. In one of the early Hoodlum Dolls stages, Snake Plissken gives you his SMG, then later on, I stumbled upon the Duke of New York, complete with theme music.

I haven’t really noticed if variations of similar weapon platforms have anything mechanically notable other than potentially rate of fire, but the choices of guns they’ve gone for is so solid and true to the inspirations, I find it hard to fault. In any case, there’s a lot of variety on the whole and every single one is contextually useful, which is how it should be. Even melee weapons get opportunities to shine, although the focus is squarely on firefights.

One of the interesting decisions in the game is whether to hoard explosives or stick to each character’s special ability, because both are stupidly useful

I really appreciate that each character has slight tweaks in how they play, namely their main pistol and their special. It affects how you play with them just subtly enough without messing with the whole experience.

I thought this was just a portmanteau of Hunt: Showdown.

Completed the first area 100% last night. It’s a really nice, breezy shooter just oozing with nice little details and callbacks. In the second stage(I think) of area 1 you can find Ol’ Painless, Jesse Ventura’s minigun from Predator. Takes a second to get started but when it does it puts them down, painlessly you might say.

Love the way you slide when you press the crouch button while running. Sliding into cover feels cool. I want this developer to make a Dredd game that’s like this.

That’s a recurring weapon, as is the Cobra cannon from RoboCop and, I think, the .50 cal machine gun from the future war scene from The Terminator. 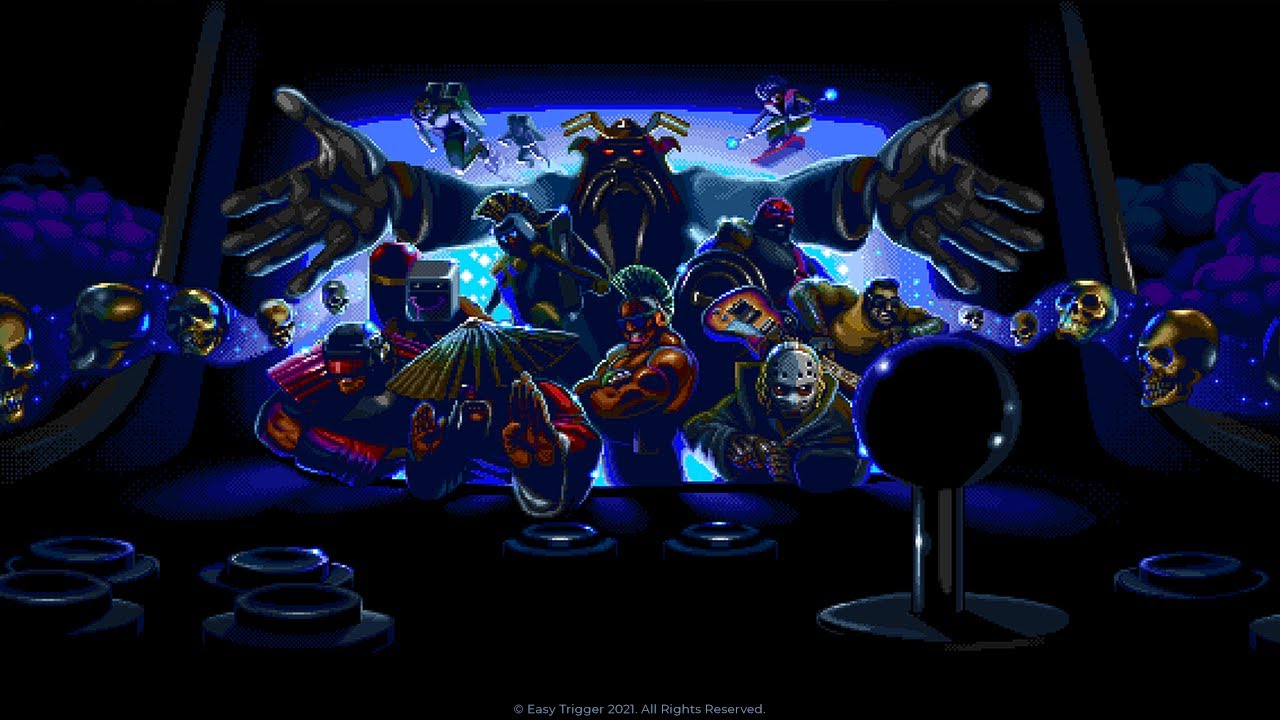