I got a little too wet ‘n’ wild postin’ up a storm in the Games You Played Today thread, so I’m gonna relegate my rapid fire posting here.

Oh also I drummed this up.

Anyway, I’m pretty bad at games, and even worse about finishing 'em. Usually I’ll die and just flat-out give up. Or a game will give me a D-rank or something and I’ll tap out. Or some are just too dang scary. Dark Souls has kinda gotten me to confront all of those things (no letter grades, but I know what I did to Havel was not honorable), and has motivated me to finally conquer “The Games I Will Never Beat,” so I’ll try and post about my progress with 'em here.

I was worried I’d be starting this from zero, but I actually beat a couple of games I never thought I would last year! Namely:

I put some stuff in that little graphic I wanna try to beat. If I start playing them, I’ll make sure to say if I got somewhere in them! And hopefully I do, or this thread will get Axed for good and I will no longer be allowed to game, or something.

Super Ghouls N Ghosts on there is probably a joke, though. My old man reflexes can’t keep up with that game and its cruelty, much less go through it twice in a row. Love that music though.

Anyway hopefully I am OK posting this here. And hopefully this thread isn’t too annoying! Apologies if it is

i’ll move your posts across to this thread, but i think this belongs in KOP if you’re bold enough

edit: wait @Grandpa do you want ALL your post sequences from that thread or just dark souls

Baby’s first attempt (well, since it came out on 360 ages ago) at Dark Souls.

Making mistakes but having a good time. Turns out losing a ton of souls (at this point, ton = 2000 or so) is mostly an unfortunate inconvenience, and not something to fret over.

Easily got one of those gargoyles down to half health, but then they had to twist the knife a little! What a game.

Seems to run OK on Switch. Voice quality is bad, but hell, I played through AC Valhalla and that game sounds like it was recorded with a tin can, I can handle some wonky compression.

Turns out losing a ton of souls (at this point, ton = 2000 or so) is mostly an unfortunate inconvenience, and not something to fret over.

this is the most important concept to internalize for dark souls (second being “there’s no such thing as too cheesy”) so you’ve got the right mindset! there are many places to farm for souls once you’ve opened up more of the game. part of what i like about it, actually; the endgame progression is basically monhun-style mob hunting and fishing for drops to perfect your loadout

if you have difficulty on the gargoyles, you can summon solaire to trivialize the fight, assuming you can make it to the fog door while human (easier said than done lol)

I used one of my little humanity shards and summoned Solaire, only to be immediately tailwhipped off the roof by the first gargoyle

Honestly, even fighting the two gargoyles alone seems doable, it’s just dealing with that room with the shitload of Hollows right before it. Those assholes are a menace in numbers, and I wind up using half my flask stock taking them on.

I have also been playing Dark Souls Remastered. It’s been a very brisk great club pyromancer run. 2 for 4 lord souls down. I am mid-bed fight and dreading the tomb of the giants. Tomb might be my least favorite area in the whole series, based solely on the arbitrary darkness. Oh, my literal burning fingers produce no extra light. I need this specific bug from a specific location that produces a special magical light because the lantern that drops from a certain limited-spawn enemy did not drop.

I’m glad the sequel gives you a torch. Imagine making a dungeon crawler with impenetrable darkness and not giving the player a torch.

that room with the shitload of Hollows right before it

yeah this is one of the most memorable parts of the game for me because it’s the first time those assholes pose a threat. It’s great. I got really good at running past them and only taking one hit lol

Took a little doing, but I got it down. I beat those gargoyles.

Now I’m heading to the lower section of the city and…ah! I’m fucked once again!

Don’t think this dude would be so bad if it weren’t for all these dogs hopping around.

There’s a cheese strat, if you want to know it you can ping me here or on Discord!

I’m not gonna litter this thread with everything that happens in Dark Souls, but I do love how everyone who isn’t, y’know, actively trying to kill you, is some sort of insane pervert.

The dude who magically appears in the clocktower after you ring the bell, this weirdo merchant I some how ran past dozens of times without seeing him.

I’m not gonna litter this thread with everything that happens in Dark Souls,

please do it soothes me 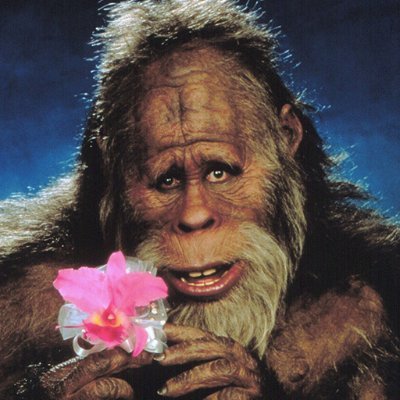 @cazlone
souls fans love that every game has a big stinky swamp. we love to be called the uncrustled one. we like it when Wretched Uncle Bartholomous says "awooo.... oh Maria... can you hear the bell's? it's a Soul Crustle tonight... It's toime t'go t'work. Umbasa."
21 Likes
Grandpa February 17, 2022, 11:48am #14

Dark Souls is putting me through the ringer. I don’t mind attempting to fight this asshole and his two dogs in his little grotto. Sure, I beef it half the time within seconds of entering the fog door. That’s OK.

It’s the five minute trek back each time that’s wearing me down. Even with the shortcut, that’s a good jaunt!

Main advice I see is “put up your shield when you walk in, you’ll be fine” and uhhh not really? 75% of my stamina and maybe a good 40% of my health down, and then those dogs get me.

Ah well! I didn’t think I could beat those gargoyles and I eventually got through that. Surely this asshole, his dogs, and his tiny hell hallway will be familiar soon enough.

i abandoned any notion of doing capra solo on my very first playthrough, summoned a person and that was swiftly that

think it is still dangerous to do any summoning Right Now.

Impossible i believe, i don’t think they’re rolling it back out until elden ring comes out

i’ve been doing summoning and invading on ps4. should i not have?’

anyway it works fine for me

edit: turns out it’s just PC version. remastered for switch should still have online functionality. I’ll do co-op if u wanna @Grandpa :))

I’m gonna keep slammin’ my head against this goon until I get him. I’m determined!!

That said I could see myself breaking down and begging for help when I get to the infamous two big fellas I’ve heard so much about.

But thank ya, everyone!