Please assign this to autoplay whenever

oh I took this the wrong way. well then

Indiana Jones and his Dekstop Adventures

The hero briefly wanders over one during a dream(?) at the beginning of super weird/rough/shameless SMT knock-off Maten Densetsu

For what it’s worth, I like the idea of interpreting Moltres as the living mysterious geo bird.

oh hey! well, I’m glad this has a canon representation at all 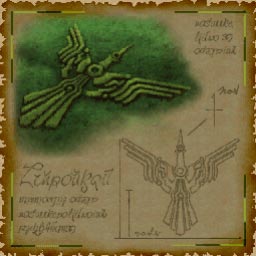 dunno how to autoplay but

awesome, what is that? it’s too colourful to be a famicom game, is it on pc engine?