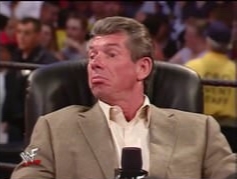 without a shred of anime trope in sight 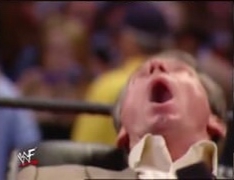 i haven’t played the new sword and fairy (yet), but the writing in 6 was maybe the best writing i’ve ever seen in a videogame? and that’s with the handicap of having obviously been translated by someone for whom english wasn’t their first language

The fact Vagrant story doesn’t seem to have a way to easily break/bypass/ignore this complicated weapons system feels weird for a PSX-era RPG but it feels downright perverted for a Matsuno game.

Other than that, it’s unreal how good this game still looks in 2022 and I’m imagining a world where processing power plateaued with the PS1 and we just kept getting better and better looking chunky polygon buttcracks

I beat Resident Evil 8 and really enjoyed it. Thoughts on the ending with spoilers: Really thought that Ethan was going to be a wesker clone but I’ll take this instead

Sheepo: A fairly standard little platformer thing. Not bad, really, but also just not something that’s really grabbing me. This is from the dev of the recently-announced(ish) Islets which I found somewhat interesting from trailers, but now I can kinda see a lot of the same DNA from its forebear and I’m thinking I might give that game a pass as well.

Hello mod people can we get a sticky here?

Every earth defence force game has the same problem (boring movement options and a complete drag to play unless you’re wing diver) but after the egregious tutorial sections in 5 it was even more disappointing that 6 doubles down on this in the first mission, forcing you to walk through a camp learning the basics compared to the great feeling 1-4 had of throwing you into an ant infested field and leaving you to fend for yourself (woeful japanese is a personal failing but I shouldn’t have to spam the entire controller to find the one combination that lets me proceed in an fucking EARTH DEFENCE FORCE game).

Luckily this stumbling block only exceeds to the first mission and the actual game plays fairly nice. A couple of missions in and the PS5 finally mitigates the mass slowdown that’s always plagued the series although they added some stuff to the wing diver set like being able to boost sideways and backwards which feels really familiar but i can’t quite put my finger on OH MY GOD THEY MAKE A SEQUEL TO THE GUNVALKYRIE, THIS IS THE GREATEST GAME OF ALL FUCKING TIME!!!

Surprised to find I never made a post about this, but, I’ve been really, really enjoying the hell out of Gunfire: Reborn, or as it should’ve been titled, Guncats:

If you can get even one other person in a game, it’s just a delight to form new builds across each game.

Looking back at the series I completely forgot that the vita port of EDF 2 (one of the best ones) and EDF3 got switch releases in japan which includes this lovely discussion of two different redditors importing the game from a sex shop https://www.reddit.com/r/EDF/comments/ol4fnn/earth_defense_force_2_now_on_switch/ 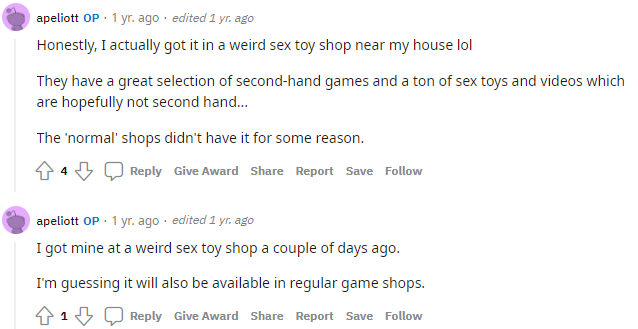 Been playing a ton of Slipways recently, in the gaps between Immortality. Slipways is a puzzle-esque 4x-inspired strategy game about connecting planets together in order to maximize their level by fulfilling trade resource needs. Has no military shit, which is great for me, and a brutally hard campaign mode I am finding very fun. A great game to use for entering full brain distraction mode without also requiring your skull meat to follow a plot, do real math, or perform demanding inputs of any kind, which is exactly what I’ve been needing recently.

I like how it uses the form of a 4x game but is actually more like a puzzle game. Not what I expected, but I do enjoy it.

Getting video games from Japan sex shops was one of my hidden video game tips for years. Now they barely exist anymore! Nice while it lasted.

Every earth defence force game has the same problem

edf has some jank, like having to hold the analog stick at a specific angle so you can get the roll move instead of jump which is marginally faster than walking so you’re like, diagonally dodge rolling everywhere, it’s hilarious 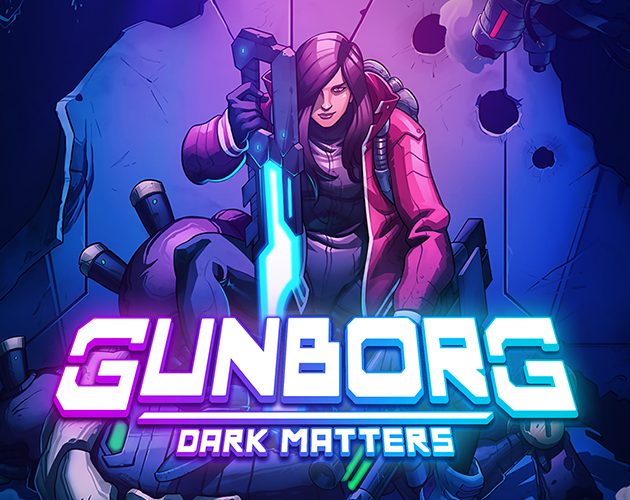 Playing a hidden indie gem called Gunborg, everything is perfect

except I cannot get an A in these type games

nah, give me that good shit

no, this is bad, the hardware crumbling under the sheer stupidity of EDF is canon and I shall not accept it any other way

A few levels is one thing, 80 not so much

Going Under is a pretty standard dungeon crawl/hack ‘n’ slash roguelike thing. The main draw here is the writing and the art which is either going to tickle you or not. But it isn’t afraid to throw the whole kitchen sink at the combat. You can ride in tiny cars or on pogo sticks, it’s possible to pick up items as weapons that are so damn big you have to drag them around and it really slows you down. Unless you find a powerup that supersizes you or increases your strength, then you can swing a filing cabinet around like it’s nothing.

The weapons you pick up break so you are incentivized to improvise often. You can pick up and weaponize most of the objects in any room. Sometimes random items will have modifiers like increased durability or attack speed or chance to electrify, etc. It’s Very Decent. The controls are maybe a tad squirrely, but they’re usable.