Games You Played Today IV: Quest of the Avatar

Tried Demon’s Tilt for a few hours yesterday. I love how the entire game is one single multilevel pinball table with 8 flippers and a ridiculous number of gradually unfolding mechanics. It reminds me of playing the Epic Pinball shareware table for weeks as a kid.

Aside from the enemies and bullets, my favorite weird videogame-only thing they added in Demon’s Tilt is the dynamically appearing/disappearing wormholes to other parts of the table. For example, one of the most useful tricks I figured out so far is that a first entry onto the ritual ramp in the bottom zone not only gives you the first bonus letter, but also makes a wormhole appear that warps you the fuck outta there to a higher, safer part of the table.

i asked for Jet Force Gemini as my one video game present for christmas in 1999 and did not regret it. doesn’t matter that i still didn’t own Zelda 64 at that point. it’s always been a favorite of mine. the weird smeary evocative planets and spaceships. and i was utterly OBSESSED with the music - it just conveyed this feeling of like epic mystery that for some reason contrasted with the more cartoony aspects of the game perfectly. it’s inexplicable and inexpressable why it works, which is part of why it wormed its way into my head so much. something about the cartoony elements of the game mixed with the hyper-serious ones just works for me. i guess the only comparable game that i have that sort of relationship with is Anachronox which is also sci-fi with funny and serious elements and has the weird smeary techy late 90’s/early 2000’s fever dream quality to it.

i did prefer the modernized Rare Replay controls (which sucks because i only played it on an old roommate’s Xbox One and don’t own it myself) but it’s honestly not that bad without it. with the discussion of that game and Iggy’s Reckin Balls and F-Zero X that’s happened on here recently i feel like my life cycle with the N64 is complete now. 13 year old Liz feels historically redeemed.

Got 2 wins in Fortnite and then played it for another 5 hours. The highlight was Bachelor and I going into a trio match and him getting knocked down me proceeding to have a stormtrooper whiffing level match with 5 people on pistols. I WON THOUGH. And I resurrected my boy.

The game owns! Whatever I look like this snowbunny girl. that’s fine. Also I maybe cheated using my American Credit Card on Japanese servers and paid way under retail for V-Bucks one time.

I was right the big stupid game everyone plays is fun. That it changes every week is legit exciting. logging on today I went “can’t wait to see the new weapons and how the map is different.” that’s cool!

Every time I see Goku or Vegeta I yell “That Guy’s back let’s go get 'em!”

We Are OFK ep3 has a scene that is worth taking apart.

At one point the band’s producer gets an offer for secure employment except they have to work with douchey valley bros and sign a noncompete. The producer character wrestles with this decision throughout the whole episode, not telling anyone until a mutual colleague reveals this information in a group chat. The information is revealed just before the bandmates sit down to watch a classical concert where the keys player (and producer’s love interest) is the pianist.

The scene then plays out, a classical piece which I didn’t recognize but sounded modern enough that I thought it might’ve been chosen very deliberately for the scene. Turns out it was actually commissioned for it(!) The piece is a certain length (around 4:17). The producer and the band’s self-insert vocalist get into a texting argument about why they weren’t told earlier about the ‘betrayal’ and what the implications for their band project will be. The game’s text dialogue interface normally prompts the player to keep choosing responses until the natural break in the conversation (usually about 30 seconds) but in this case it just keeps going as long as the piece is playing.

This had the effect of me just wishing the conversation to be over as it drags out far beyond the normal interaction. This puts you in the same headspace as the producer in the moment, which was effective – you both find the exchange interminable. However, I am also someone who gets annoyed at people texting/chatting through, ignoring a live musical performance (like this one) and it drove me insane to have to play through this. I wanted an ignore phone button so bad. The scene was kinda excruciating but in a way that was at least partially designed.

The player doesn’t really control anyone outside of texting but also plays as three of the main cast. When two playable characters text each other, the desire to exercise your only action becomes straight ‘X to proceed’ territory. I don’t need huge choices or branching paths here but muddling the point at which my agency as a player really matters is a bit of a choking hazard. See that boss in The Last of Us 2, or Connor and Marcus in Detroit Become Human. It’s where we start playing Checkers against ourselves and pretending to outthink the ‘other player’.

So, the producer gets a big break but on whose terms? She is successful but not unless the artsy band side project is. This causes the other bandmates to embrace crab mentality but it’s ironic that it goes without comment in the broader ‘making it’ context. The band is just destined for success and walking away from it is unthinkable. The fact the band needs the producer so badly is itself a strange admission of the need for the connection over the person. One big break threatens the other and things turn ugly. Part of it is the duplicitousness of the producer who hides it but, on some level, our cast is angry at our producer rather than the realities of the music biz, the sharks that headhunted her, or vacuous social hierarchies in LA.

The biggest irony is the classical music raising the tension in the concert scene was a far more memorable bit of narrative design + music than the poppy pop MVs at the end. It’s also more unique as an arts initiative game thing since I can’t remember the last time a game promoted a modern classical composer.

Additional Trivia: The composer’s online profile says they worked on Valkyria Chronicles as a soloist.

Another episode out tomorrow…

yeah something i’m really struck by with this game is just how simplistic the conflict is - the whole story so far seems to center around the same “do I sell out or do I /make it/” thing that’s been told so many times in so many ways and it just seems so antiquated at this point, mostly due to the fact that the idea of “making it” is just so different now than how it’s presented in we are ofk

i’m hoping that there’s a big twist in the latter half of this game that starts to deconstruct the idea! we’ll see

There was more sex. However. Sorry to say, we are in re-used sex-scene asset territory now.

Be the pervert you want to see in the world 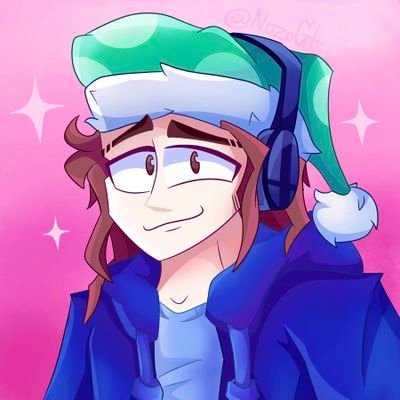 how are you playing it? is there a way to use a controller with emulation? always wanted to play that one.

Is the multiplayer still supported or did those servers go down?

Wii U/3DS servers are still up but everyone’s predicting they could go down as soon as next year.

walking home from the arcade after getting demolished by iidx for a few hours. getting past the mid 11s / easy 12s wall feels insurmountable. i had just barely started to breach it in 2020 but then covid hit and i stopped going to the arcade. trying to claw back to where i was after two years off is killer. this game is so humbling. i hate it! i love it!

edit: also grateful that despite living in america i can live the salaryman lifestyle i’ve always dreamed of — work my 9-5, walk to an arcade after work to play rhythm games, and then head home to my tiny apartment either by taking public transit or by going for a long walk.

So I just fought an enemy in Xenoblade 3 named

And this is my official Gundam pilot name holy shit. 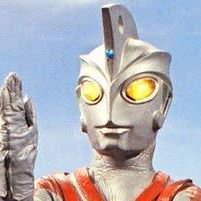 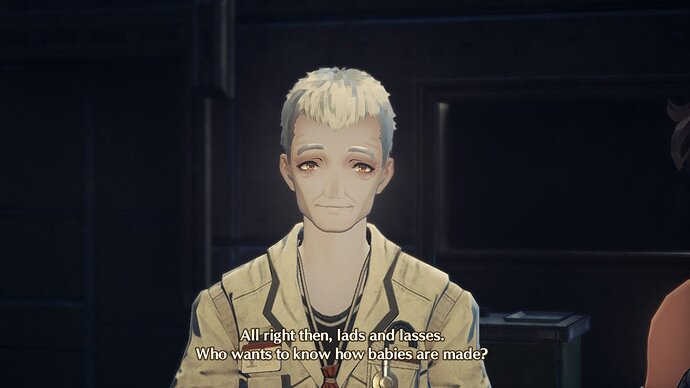 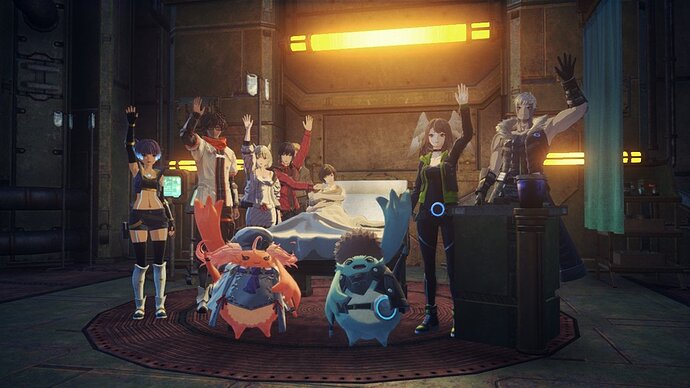 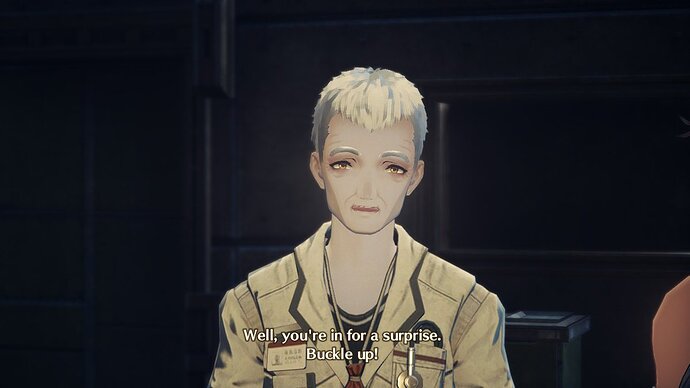 I’m jealous that I could be living the arcade grind life if I was 10-15 minutes out west than where I am now, unless there’s some shit right in Arlington/DC that I’m not seeing

This topic was automatically closed after reaching the maximum limit of 2000 replies. Continue discussion at Games You Played Today IV: Quest of the Avatar (Part 5).