there are two as of now!

Feel the Gentle Touch of Tentacles: The Sinking City

BEAUTYCOPTER: It’s hard to be a helicopter - on the other hand, that’s how it is. The days stretch out before you like a dull ache, the ache of Beauty, like seeing a really perfect cloud formation on the way back from the Eurospar and thinking, well...

To say something about the post, I definitely relate to the wind waker segment. “[the grid] continues silently consuming the ocean in your memory” has been my experience for the past bunch of years since playing it. Despite being a basically fun game with nice charms, the grid always makes me think that wind waker is the least fun adventure any Zelda game has facilitated for me.

This may sound really dumb

Especially when it’s one you’d actually want to read

That’s pretty cool. And maybe that feeling isn’t that dumb, considering the current state of the web.

re windwaker, yeah i always want to be charmed by it but there’s always such a basic emptiness that seems to seep through to every other aspect of the game… i was sad i ended up cutting the part about the most mystifying decision in that game to me, the one to have there be random enemy “submarines” that you can invade to find… yet another featureless square box room with some stuff scattered around! as above so below.

attempt 2 at the markdown version, this works a bit better for me on the online viewers i tried so hopefully fixes the thing: http://harmonyzone.org/vgw/2022-08-21-MysteryMeat1.md

the internet just got so much better

FFVI: the art collector Owzer had a bunch of paintings in his manse, so a bunch of map sprites like a lamp or a chest or Ultros is framed with a “painting” background to become examinationable wall objects.

You already mentioned Earthbound; Mother 3 has some similar features in a couple different places.

Not really in the realm of sprites at this point, but Animal Crossing museums are basically the main part of the game for me? 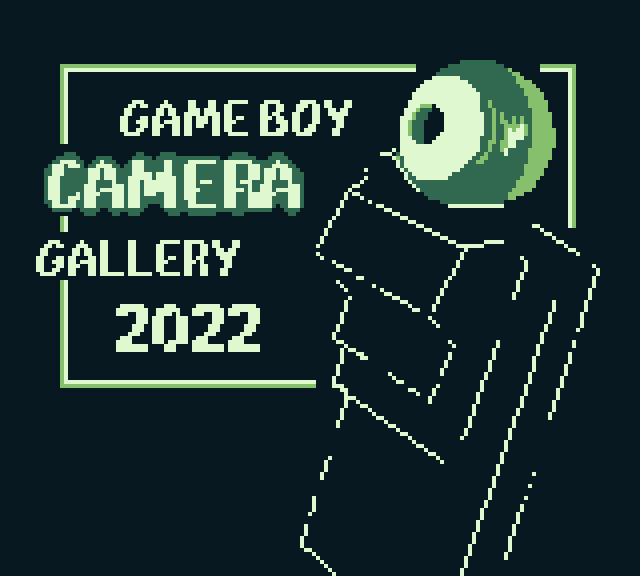 Explore a cute virtual gallery filled with artistic photos taken on the Game Boy Camera by over two dozen photographers!

I just realized that I have written lengthy reviews for three Lovecraft games over the past two decades. Call of Cthulhu: Dark Corners of the Earth when I was in High School, a review for 2018’s Call of Cthulhu: The Video Game and then a few months later this one for The Sinking City. I don’t know what’s with Lovecraft as a subject matter, but I think before I felt comfortable calling myself a writer (so not until around 2020) I always used these horror games as ways to prove to myself otherwise, or that I at least had opinions and could blab like any writer. It would be cool to write something from my current position of comfort with myself and my ambitions, without as much writery angst. I can’t find the one I wrote in high school, and the one about the 2018 game is like unhinged, but I do admire things about this one even stuff that was in the pre-edited versions before landing on the site.

Catching up on things I missed, it’s all so good!

Can this be the official unofficial slogan for the site

Is this what Kant meant by disinterested contemplation…!?

This gets about a 10 on the “would this make clambo rage” scale, which is the way I evaluate all my actions

I would like to write about Drakengard 3. Is that possible?

Go for it! I love Drakengard thoughts