Ezanya was a ZZT world created by Beth Daggert. It was created for a design contest held by Epic MegaGames, and was released in 1992 as part of the official ZZT’s Revenge level pack.

As part of an ongoing “special edition” jam in the ZZT community, and with the blessing and happy approval of the original author, here is Ezanya Remastered.

A 1992 ZZT classic reborn for the modern age.

It aims to be largely faithful to the original game’s design but with a fresh coat of paint, rebalanced difficulty (or at least an attempt at it), and various additional touches to make the world feel more convincing.

While testing some minor adjustments and avoiding sleep last night (IRL), I found a minor bug that would only occur if you avoided sleep (in-game). This issue has been resolved.

Thank you for your understanding. 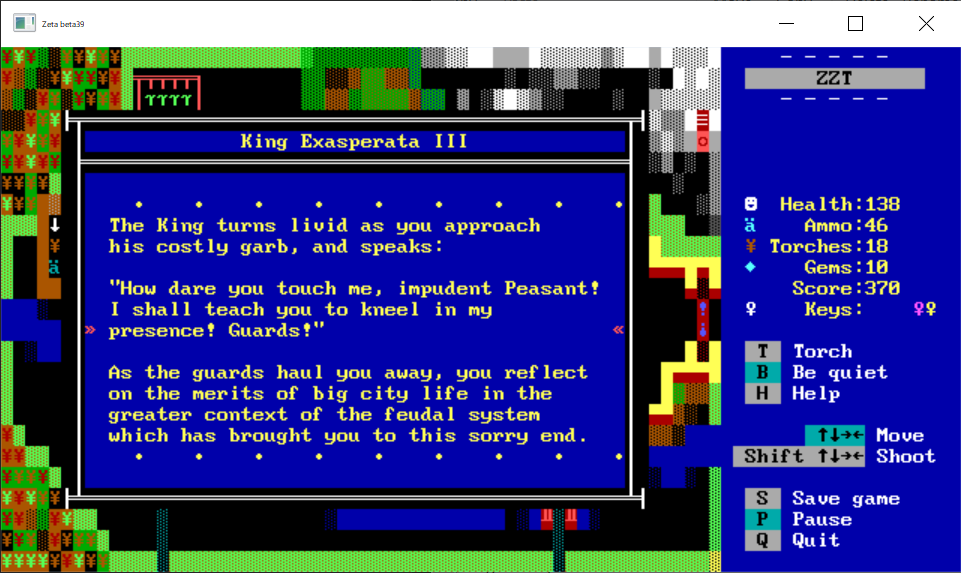 Wow. I just wanted to check if he maybe wanted my Purple Key

OK I figured out that puzzle.

Love the dragon guarding the next entrance, which I ran past like a coward, though I can’t help but notice it’ll block my way back.

Now this screen though is pure ZZT

OK screen complete EZ peazy. No unexpected difficulties at all 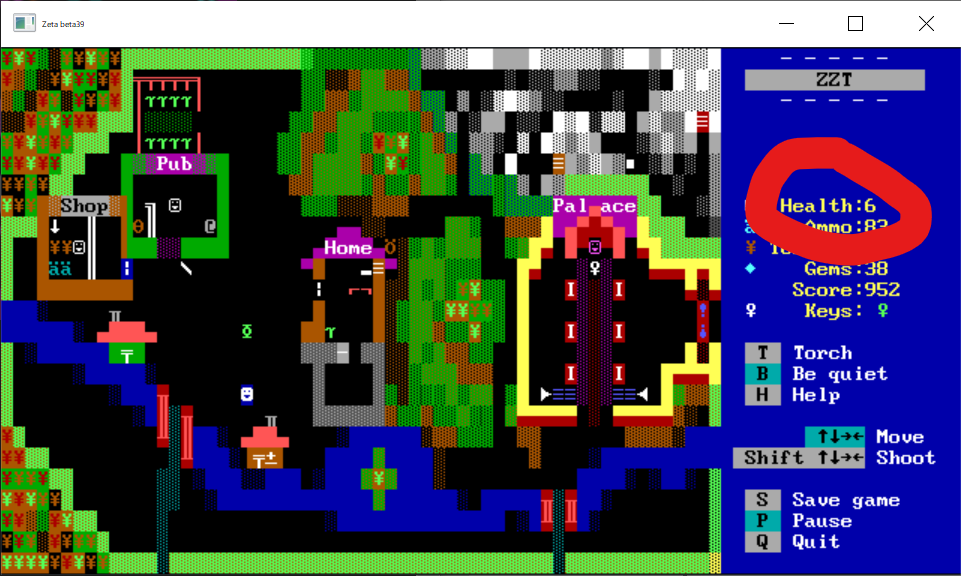 pro-tip: after talking to the king you can sleep to regain health

also, if you want another fun interaction, shoot the king

Ahhh how did the pi symbols break out of there!!! Suddenly my super clean, cautious setup turned into a total mess 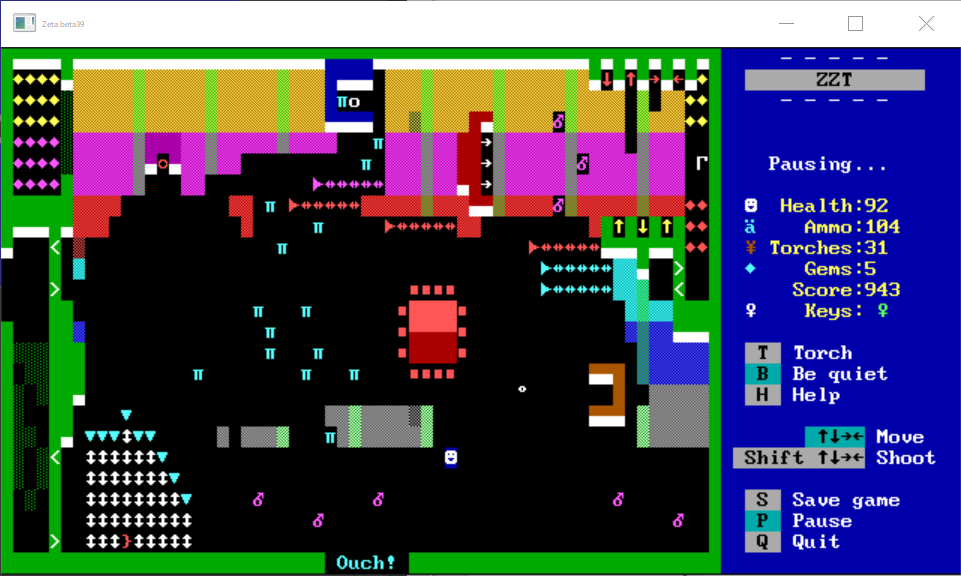 a well-placed bomb can destroy their generator

OK I made it close to the end but I don’t know how to open the gate in the bell tower. I might need a hint on that one, I’m out of ideas

I loved the twist sequence. Of course something along those lines was heavily foreshadowed but I was impressed by the exact concept. The “look out the window!” thing smells like very clever game engine abuse and I appreciate that sort of thing, and the bar cat’s hiding place is a particularly charming touch.

If there’s one tweak I would suggest making if you do a 1.1, it’s that I carried over the green key across rooms and it was almost too effective. It skipped three entire challenges in the Dwarf King screen. I didn’t realize it skipped so many and did some challenges unnecessarily. It was all a bit anticlimactic. I suspect a majority of players will store green key like I did because there’s obviously no point in opening some of those prison cells. I would suggest an easy fix would be to switch up the colors so that the green key skips only the first challenge in the Dwarf King room, that way the cheese still feels a little bit rewarding but not too much.

I’m comparing to the original boards on ZZT's Revenge - Museum of ZZT , it’s interesting to see the artistic collaboration across 30 years of time there! I want to say it’s a 50/50 split as to who is responsible for each of my favorite aspects.

OK I made it close to the end but I don’t know how to open the gate in the bell tower. I might need a hint on that one, I’m out of ideas

Hint: Look closely at the spinning guns, and notice the one on the upper left is fake (spinning in the wrong direction). I might make a couple more adjustments there to make it slightly more obvious. (Funnily enough, Dr. Dos failed to solve the equivalent puzzle in the original game when he played it a few years back, though he was able to brute force his way past it.)

If you failed to do something in the room with the dwarf king (find Doc and then use the key he gives you), you can only get a bad ending.

Regarding the green key skip, that was in the original and leaving it in was intentional on my part, but your post gave me an idea on how to switch things up to make it (a) still possible, (b) less likely to occur and (c) closer to an actual tradeoff (I’ll look into it after work). 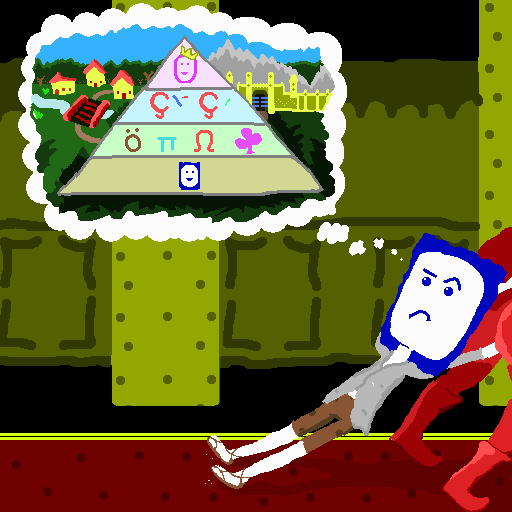 If there’s one tweak I would suggest making if you do a 1.1, it’s that I carried over the green key across rooms and it was almost too effective.

okay, i just pushed out a v1.1 update. I swapped some door/keys around so the Green Key Skip (as I’m calling it) is still possible, but now requires you to skip the energizer at the start of dwarven outpost. New players are now very unlikely to run into it accidentally, and for experienced players the benefits will be counterbalanced by a non-trivial risk in the early game.