While we all (rightly) love some bleeps and bloops, I’m curious if we have anyone on here who is, as they say colloquially, a “friend of Ling Ling”—do you play classical music? Professionally? As an amateur? If so what do you play, and what are you working on? If not, I guess what would you like to play in some kind of ideal world where the day actually contained the requisite 40 hours it would take to learn?

I’m an amateur cellist; I learned as an adult so I’ve never done any exams or anything but I’d describe myself as grade “10-ish”. Currently I’m engaging in my semi-annual battle with the Brahms Emin sonata for piano and cello, which I will likely never be done learning since basically every time I look at it I feel like I completely change how I play it. The first movement specifically is long even for a sonata 1st mvmt (probably like 15 minutes long with repeats). It is non-stop with almost constant changes in tone and colour and the phrasings for the piano and cello are almost always on different downbeats. There are three different schools on how to play it and nobody can even really agree on how fast it ought to be played or with how much rubato. It’s not the most technically challenging piece to get through but interpretation-wise it might be one of the most open, so I feel like basically every time I look at it I get a new idea or find something I’ve never found before.

I’ve recently picked up piano again after about ten years away to win symbolic victories against arthritis. Mostly Hanon exercises for now and old Beethoven pieces I learned for recitals e.g. 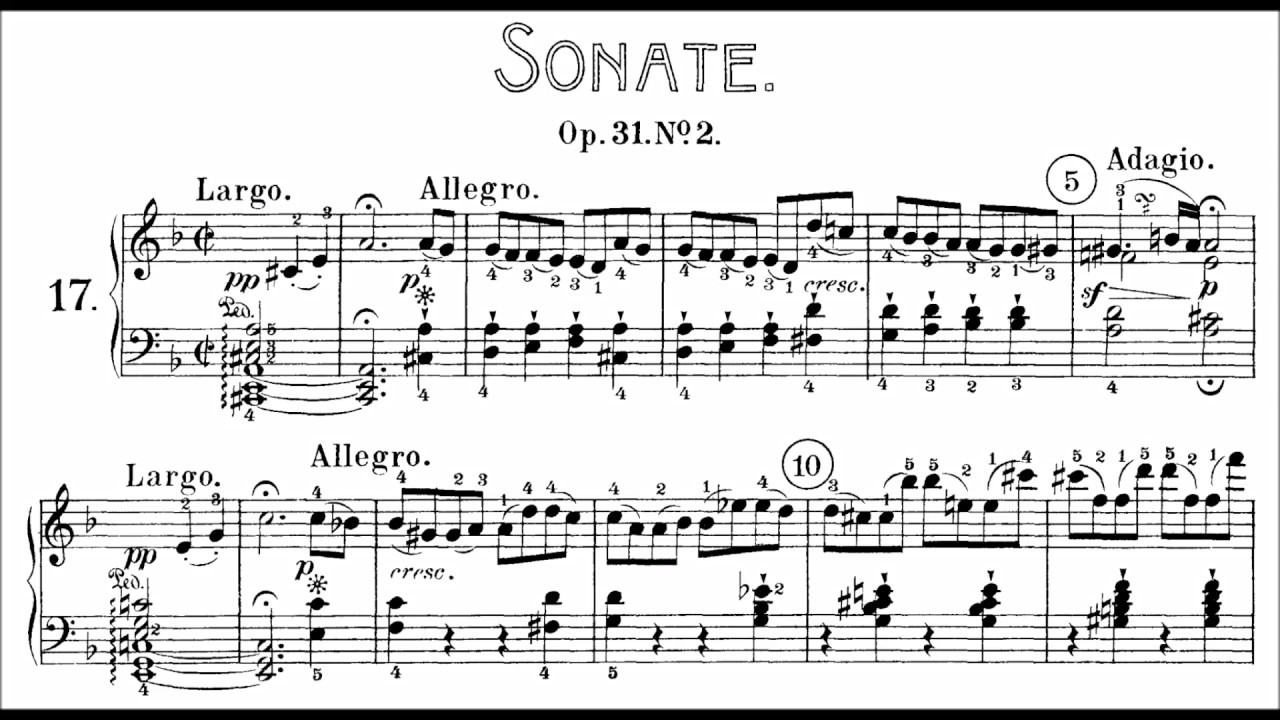 I played bass clarinet until I dropped out of high school, mostly arranged cello pieces. “Romance and Troika” was my competition/recital song so hearing “Russians” by Sting for the first time freaked me out a lil. Unfortunately owning a bass clarinet isn’t in the cards but I do wonder about getting an affordable woodwind.

That sonata slaps! Glad to hear you’re back at it!

I gave woodwinds a try a couple times in high school (mostly Dr. Sax’s metal clarinet) but my partner plays the clarinet and is quite good. What do you think you’d pick up as a substitute?

Probably a clarinet if I want to practice classical music – love the sound, resin models are affordable, and I already know several Debussy pieces arranged for solo. If I want a wholly new challenge I’d lean oboe but I’m kidding my low reed heart with these soprano substitutes

I had a coronet and trombone I found in my grandfather’s shed I used to play ska as a teen but my lips are built for forming a stiff reed embouchure rather than puckering, alas

We had a surfeit of percussionists so since I could read music my band teacher made me play sousaphone instead. I never actually learned how to play, I just memorized the fingerings

i used to! kind of a lot - in california we have this thing called certificate of merit which is basically grade school for piano and i went to the highest level and did the panel recitals and everything

also did a few competitions and won a few - one off a bach 3 part invention, one off a chopin mazurka, and something else I can’t remember

the piece i liked performing the most before i stopped was chopin’s scherzo no. 2, i also really liked tchaikovsky’s dumka and a bunch of the rachmaninoff preludes

i never got to try out concertos, I don’t think I ever got to a high enough level to think about learning them, much less performing, but I’ve always wanted to do either rachmaninoff’s concerto 1 or 2 even though they’re very difficult

i think i just ran out of steam? the energy i put into practicing and performing and doing stuff all year was just too much and none of the music i liked listening to was classical so there was just a big disconnect, and in college i ended up doing the electronic music thing so here i am now

tho now that i’m 32 i find myself wishing i had easy access to a piano so i could just practice a bunch of impressionist composers because i love performing them, they’re nice and pretty and not super super technical

(i had another person under the same private teacher who went off to major in piano performance somewhere and both me and my piano teacher got invited to her senior concert - my piano teacher’s comments were “well she sure can play fast” which is definitely a burn coming from her, and i kind of consider this person a version of myself that i could have been had i continued the piano thing, but i’m really glad i didn’t)

I played clarinet as a wee child of 7 years, and for our recital the band played the theme song from Ghostbusters. This was my musical peak until 17 years later when I faked competence at keyboard enough to play for two crappy alt rock bands and tour in England/Scotland for a week.

Haven’t experienced guilt and shame for quitting piano lessons for a good couple of decades now, thanks thread

As a kid I played, in the following order:

During the holidays my husband and I finally shipped and carried my xylophone from my parents’ house in CT to our house in LA using both a massive bike box shipped via Fed Ex and an in-person cross country Amtrak trip, which allowed us to physically carry the resonating pipes wrapped in bubble wrap. I now have a xylophone set up in my house and I can play it whenever I want!! Thrilling!

As a kid I mostly played classical violin music on the xylophone but these days I’m trying to get back into it by playing movie tunes and game music. Taught myself a simple version of Cruel Angel’s Thesis but the tension on the cord that holds up the keys is pretty bad (it’s a 15 year old cord) and I need to buy a new one so that this stuff actually sounds nice when I play it.

Maybe if I can get that done I’ll record myself playing some more stuff!

I did clarinet from 4th-9th grade and can still play The Entertainer on a good day. I played bassoon for a couple of years in high school and would like to get one of my own someday. I studied classical guitar in college and still play a few Carcassi and Sor etudes, a Villa-Lobos Prelude and a few other bits but I’m playing it all pretty sloppy on an electric mostly.

Proud to see the piano > percussion pipeline in full effect. Piano is a percussion instrument after all…!

Technically speaking, any instrument can be a percussion instrument if you’re bold enough

Ah damn! That’s a really common situation for a lot of people I’ve known who’ve been at a really serious competition level—the amount of work to maintain that is just so enormous that it’s really easy to burn out and then very hard to get back in. I got myself a little yamaha electric piano to play around on and they’re definitely more apartment practical than an actual piano, although I can understand it’d be a pretty serious downgrade if you’re used to playing on concert grands

Timpani is far and away the most fun I had with any instrument in our high school band’s percussion set. So much drama, and so much tone expression!

It is definitely one of the most fun instruments to play in a wind symphony or an orchestra! You get to be huge and you get to do arcane shit in the background that nobody else understands. I was not a fantastic player but I was extremely good at retuning the drums silently during performances. I loved doing that shit.

Downside is that you cannot own a timpani, haha, and gaining the ability to even practice on them can be very difficult if you don’t have the right access to the right facilities. I spent a term studying at Trinity in Dublin and the student orchestra I joined there simply had no access to drums for me to practice on. (Additionally the conductor—also a student—poured hot tea on my hand on accident during a practice, which caused my skin to peel off my hand and made playing the drums even harder. Wild times!!)

Best timpani bullshit I ever had to do was a weird stunt piece in high school where I had to bounce tennis balls off the drum. Everyone in the audience had to watch me performatively spike sports equipment onto this giant and precious expensive instrument. That is true power imo

This totally rules and has supplanted my fav percussionist story, which was someone I met at a party’s experience with… I think it’s a Mahler symphony? Where he had to wait the entire movement to ding the triangle literally one time during everyone else’s rest, and he just spaced out and missed it, and the conductor shot him the most disappointed look of all time