So @VastleCania and I are doing this podcast talking about mostly co op games. 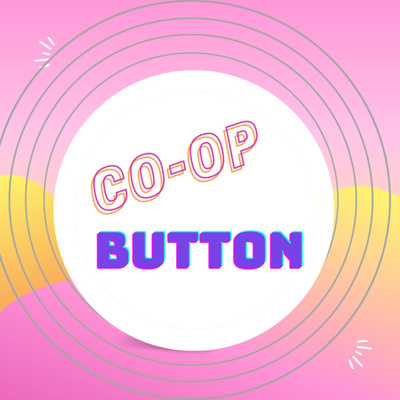 Co-Op Button • A podcast on Anchor

A couple of friends play a game together for a couple of hours, then talk about it for 15 minutes. Hosted by VastleCania (they/them) and Godamn Milkman (he/him). We have a good time! Music is generally from the game we are playing AND a bunch of...

Basically, I was curious if there were any requests from the SB forums. Just let us know.

SYNTHETIK. It’s an online-coop roguelike WASD+mouse 2d shooter. One notable mechanic to give you the flavor: there’s a timing minigame every time you reload your gun and if you do it perfectly, you get a damage bonus and a guarantee of no jamming on your next clip. Looks like this 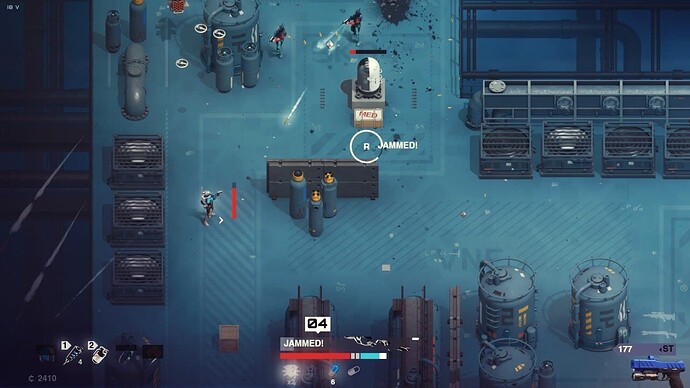 I’m not sure if it could even be used, but maybe the co-op demo of Bounty Arms, Kid Fenris’s one time discovery - key points; it’s way too fun/short for a rare co-op PSX demo; note: would HAVE to be emulated; unless you are WAY too rich…

Are there good Dreamcast coop games? Flycast is a real thing right now

any chance to say ACAB in a podcast

this game fucking rules, we might do it for one of our score challenge things while we finish a longer co-op game. holy shit.

might be a fun bonus episode! i love that you’re totally invincible lol

This looks rad as hell, would have to do the PSX version though because I’m not figuring out LAN over the internet in 2021

I didn’t know there was anything but a PSX version!

its gem, one of the tensest games I’ve played with other people

I’m curious about the Towerfall co-op mode but that’s offline only. You’re playing online only right?
My peak co-op game is Wilmot’s warehouse but it’s also offline only

I’m surprised there hasn’t been an Overcooked episode! I’m not sure how good it is, online

Did they ever fix Final Fantasy Crystal Chronicles? I imagined that since everyone in the world owned a phone this should work (eventually?). I remember there being a big huff about this not being good, but like… shouldn’t this work with a bunch of phones?

We ffffiiinnnaallly got Parsec working so anything is fair game!

except for THE BOUNCER, which pains me to the deepest recesses of my soul.

hey check it out we talked about this game

Missed this thread/podcast, but Future Cop LAPD is a game I think about all the time so I am looking forward to hearing people talk about it in 2022.

I’ll preempt notbov and suggest Assault Android Cactus, and in the same breath also request any Dynasty Warriors or DW-adjacent title, if you’re into those.

The PlayStation Link Cable (SCPH-1040) is a peripheral cable for the PlayStation console. Utilizing the serial I/O port found on the back of most PlayStation models, it allows for two consoles to be connected in order to play compatible multiplayer games on separate consoles. It was released during the 1995 Christmas shopping season. The cable is a 12-pin inline serial cable that plugs directly into the back of the PlayStation console and was a fully supported Sony accessory for the market life ...