This was a fun-ass all around. Breezy, and relatively short, this is my new recommendation for where to start listening to the cast! It was nice to play a game that everyone basically liked, even if the game was pretty bite-sized. But sometimes, that’s what you want. Give a listen here: 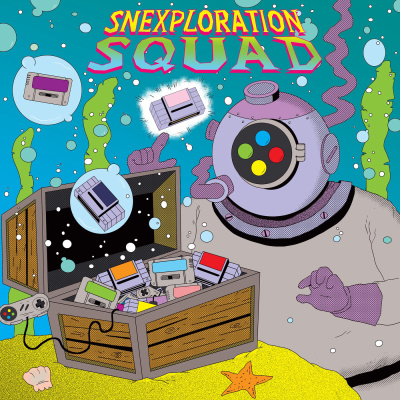 Vastlecania gives the Megadrivers their toughest job yet: talking about a very simple arcade game for longer than it would take to play through the dang thing.Fortunately, Bonanza Bros also turns out to be one of the better games we’ve played on the...

Next episode is going to be Pocahontas you wacky jokesters.

But what after pocahontas? Well, you have some choices: 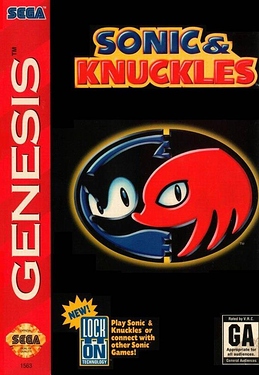 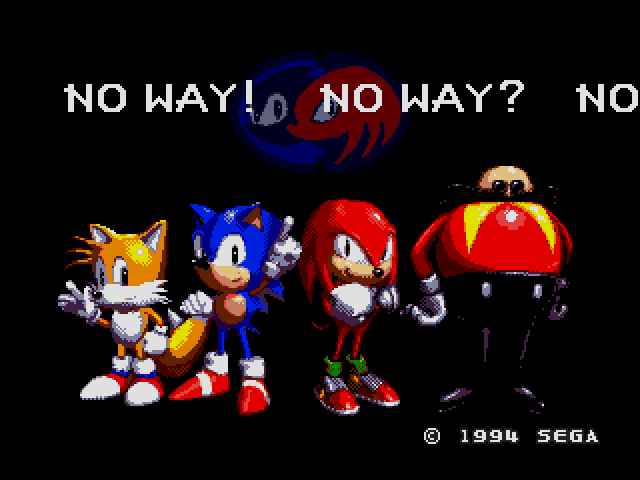 Sonic & Knuckles[a] is a 1994 platform game developed and published by Sega. It is part of the Sonic the Hedgehog series and the sequel to Sonic the Hedgehog 3 (1994). The story follows the player characters, Sonic the Hedgehog and Knuckles the Echidna, in their quests to save Angel Island; Sonic tries to prevent Doctor Robotnik from relaunching his orbital weapon, the Death Egg, while Knuckles scuffles with Robotnik’s minion, EggRobo. The game takes place across six levels in which the player collects rings and fights bosses.

The Japanese members of Sega Technical Institute developed Sonic & Knuckles simultaneously alongside Sonic 3. The two were intended to be released as a single game, but time constraints and small cartridge sizes forced Sega split the project in two. The Sonic & Knuckles cartridge features “lock-on technology” that allows the game to connect to the Sonic the Hedgehog 2 or Sonic the Hedgehog 3 cartridges, combining elements from either game. This feature was implemented so the game could be experienced as intended

Sonic & Knuckles features “lock-on technology” that allows players to open the hatch on the cartridge and insert a second cartridge. When Sonic 3 is inserted, the player can play through both games as one, Sonic 3 & Knuckles. This features several changes to the games, such as slightly altered level layouts, the ability to play through Sonic 3 levels as Knuckles or Sonic & Knuckles levels as Tails, and the ability to save progress in Sonic & Knuckles levels. Additionally, combining the cartridges is the only way to collect “Super Emeralds”, earned by accessing Special Stages in the Sonic & Knuckles levels after collecting all seven Chaos Emeralds from Sonic 3. When all Super Emeralds have been collected, Sonic, Knuckles, and Tails can transform into Hyper Sonic, Hyper Knuckles, and Super Tails respectively, each with unique abilities[ Inserting Sonic 2 unlocks Knuckles the Echidna in Sonic the Hedgehog 2, wherein the player can play Sonic 2 using Knuckles’ abilities.

Shadow Dancer: The Secret of Shinobi 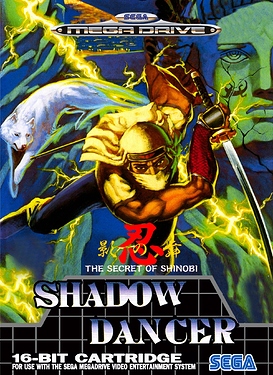 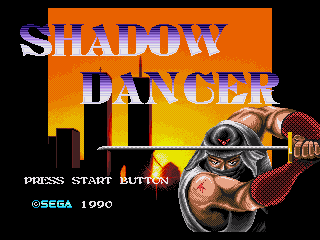 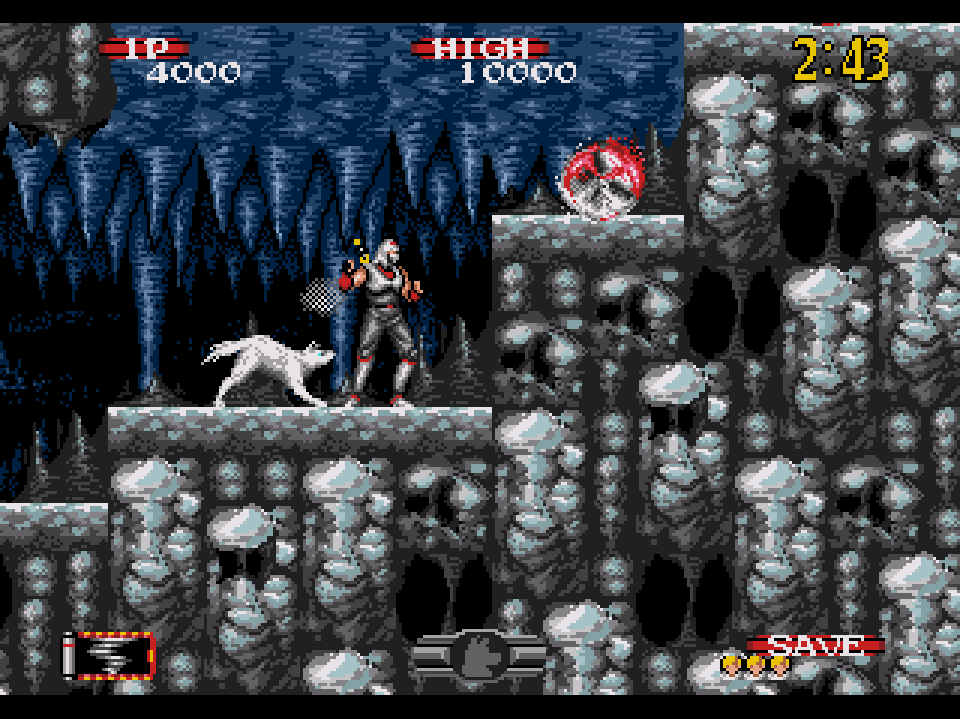 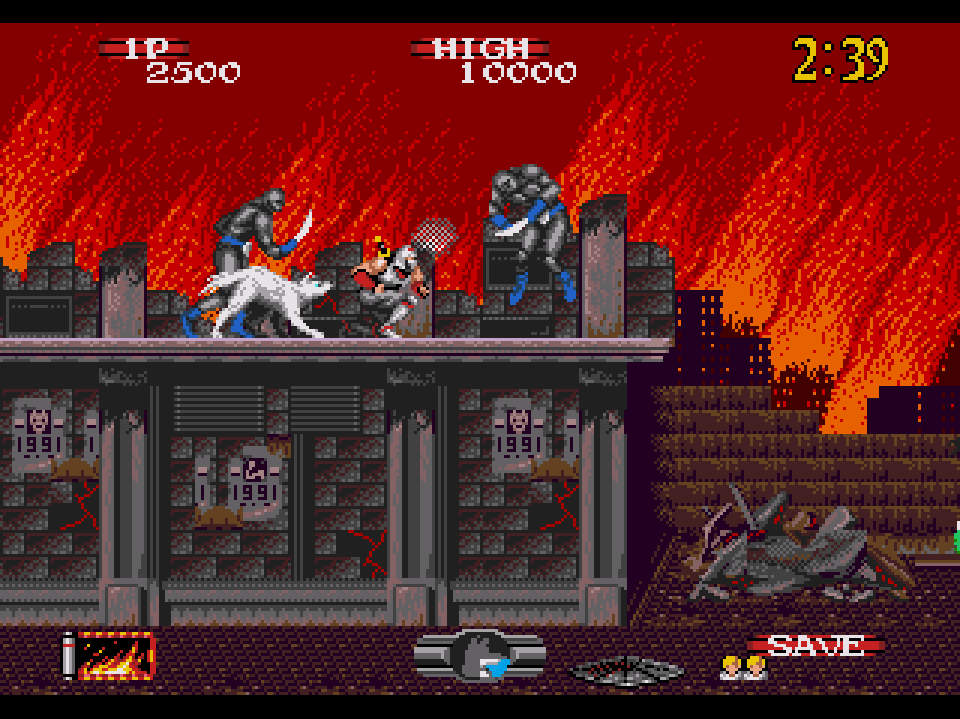 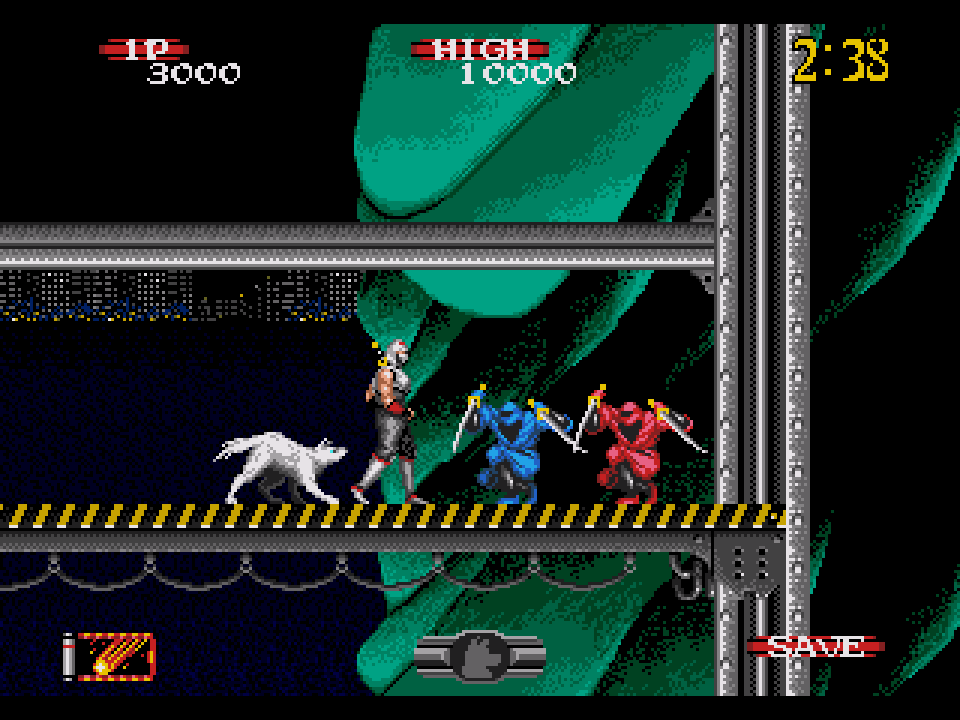 In 1997, an evil ninja cult Union Lizard, worshipping a giant reptilian demon, has taken over New York City, turning most of the city in ruins. The few citizens who survived Union Lizard’s onslaught of chaos are now kept prisoners by its members. A ninja warrior, accompanied by his faithful dog Yamato (大和), emerges from hiding to combat Union Lizard’s reign and rescue the hostages.

It is the second game in the Shinobi series released for the Mega Drive, following The Revenge of Shinobi. However, it is not a continuation of the previous game, but rather a loose adaptation to the 1989 arcade game Shadow Dancer. Like in the original arcade game, the player controls a ninja followed by a canine companion. The Secret of Shinobi was well received by critics.

The play mechanics are roughly identical to the arcade version of Shadow Dancer, with the main difference is the addition of a meter for the dog that accompanies the protagonist. In order for the dog to attack an enemy, the player must hold down the attack button until the meter is filled. The dog will only attack when he is barking towards a nearby enemy. This allows the player to sic the dog on an enemy while standing and jumping, allowing for more versatility than in the arcade game (where the dog only attacked while the player was crouching). The objective of each stage is also slightly changed from retrieving time bombs to rescuing hostages, much like in the original Shinobi. The male hostages give out bonus points and the occasional extra life, while the female hostages will enhance the player’s attacks until he reaches the next stage or loses a life. 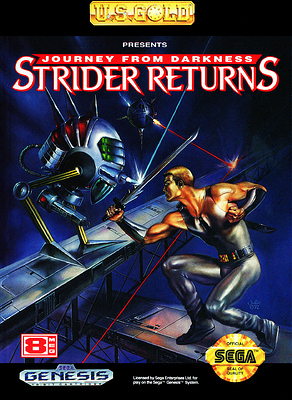 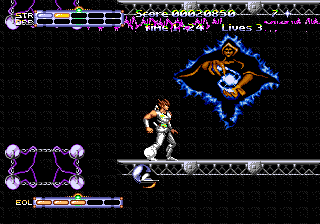 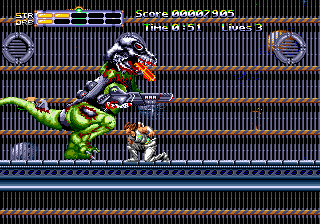 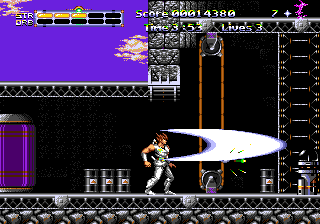 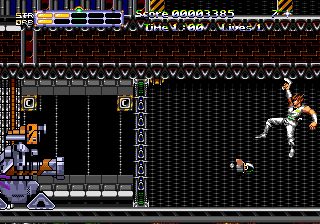 The eponymous ninja…returns for more shuriken-throwing, wall climbing, action. This outing is courtesy of developer US gold, adding their own installment to the series without oversight from its original creators at Capcom.

In Strider II the objective of the game is to rescue the Princess of Planet Magenta from a terrorist group that is keeping her captive.

The player controls Hinjo similarly to Hiryu in the first Genesis game (with the ability to slide and move under ceilings retained). Instead of a gun like in the home computer versions, Hinjo throws shurikens but only if he collects them first. Instead of transforming into a robot when he confronts a boss, Hinjo collects orbs throughout each stage instead. These orbs will surround Hinjo and protect him when he faces the stage’s boss. The player can choose between Hiryu’s original cypher from the first game or a new “sweeping” cypher.

Vote for the game here: 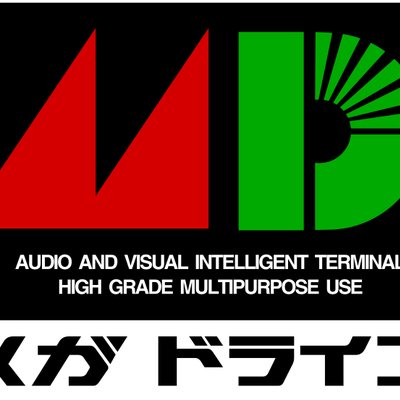 The Book of Megadrive

@bookofmegadrive
The next episode of The Book of Megadrive will be Pocahontas! After that though? That's for you to decide. Read up on the games here: selectbutton.net/t/book-of-mega… And then vote below!
1 Like
daphaknee September 17, 2019, 7:08pm #2

I will say if Sonic and Knuckles wins, my intention is to spend most of the time specifically talking about the Sonic and Knuckles levels, the weird maze bonus level games generated by locking it onto different games, and the experience of playing sonic 2 as knuckles. All of which usually get treated as footnotes by podcasters and game writers.

And I’ve also literally never heard a sonic podcast that did a good job talking about Sonic’s mechanics. It’s always just ‘attitude’ this and ‘marketing against nintendo’ that.

But I’m rooting for Shadowdancer both because it seems interesting and obscure, and because it has a button to dog.

yeah i figured even if sonic did end up winning you’d all have interesting things to say about it! i am definitely tired of the exact things you said

no power on earth can keep me from talking about how many dicks Tails has YOU CAN’T CENSOR ME, YOU CAN’T EDIT ME, YOU CA–

anyway voted for a ninja game

yeah ninja is the only option.

sonic kind of… blows and i’m pretty sure that version of strider blows even harder than sonic.

its just so fucking childish the way grown ass adults talk about my favorite toys!!! PLEASE GIVE ME MATURE SUBJECT MATTER like mechanics and anecdotes about the devs lives

sonic and knuckles is only the second half of a game. shadow dancer is excellent, different to and better than the arcade original. shitty strider 2 might make for the most interesting podcast though

i love those bonanza boys

Strider is the only one of the list I haven’t played, so that seems like the obvious choice for me, but everyone is really selling me on a Shadow Dancer podcast

I like when the people enjoy the game + dogs are cool.

Hey all you Shadow Dancer fans got your wish! We’re playing that on the cast on some point after Pocahontas!

But the timing will be weird for the next few months probably!

So I cannot say when it will come out, but there will be a lot of sega stuff anyway.

I just wanna say the Bonanza Bros episode was the most fun I’ve had recording a podcast in a long time, and Tiger is an excellent host/editor.

the Mega Driving Without a License Thread

October is Ball Bullet Gun month, PLAY IT OR DIE Podcast Bonus Round

So I tried to stream this game. I really did. But Mixer was going to make me sign the Streamer’s Pledge so I decided I’d never stream again. (But no I just didn’t realize I’d need to get a new streaming key and then wait 24h (!) so i couldn’t stream) Regardless, I did play the game and stream it to some folks in the SNEX Discord, so that was fun. This game is pretty frickin good! It’s like…XCOM-lite, or something similar. Very tense and filled with lots of difficult decisions, and huge huge F…