which one is JI tuned to the tonic lol

real answer: context is everything - the third ain’t doing too much all by its lonesome

i had no opinion on the matter until recently, when i found myself suddenly compelled to tweak an original melody upward by a mere 5-10 cents after a key switch, in order to match how it sounded in my head.

turns out, based on subsequent calculations, i’m an avid proponent of Pythagorean tuning, i.e. all notes are the product of successive applications of a 3/2 frequency ratio. what implications this has outside of the usual twelve notes i’m unsure (the “circle of fifths” may turn out to be more of an infinite spiral) but the other tunings of a major third do all seem a little “flat” to me.

actually looking up this meme i don’t fully understand its implications. the thing i meant was “you are a very smart person who understands things, and i am a simpleton” but i think the meme is more rude than that

this explanatory post is, of course, ruining the joke, but i’d rather ruin a joke than accidentally be a jerk 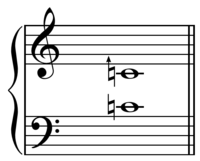 In music theory, the syntonic comma, also known as the chromatic diesis, the Didymean comma, the Ptolemaic comma, or the diatonic comma is a small comma type interval between two musical notes, equal to the frequency ratio 81:80 (= 1.0125) (around 21.51 cents). Two notes that differ by this interval would sound different from each other even to untrained ears, but would be close enough that they would be more likely interpreted as out-of-tune versions of the same note than as different note The w...

this is baseline but i always like to emphasize anyway - music theory can really only be descriptive. it’s very bizarre how prescriptive people try to make it though. there is a sort of “ideal” music theory which simply tries to explain the mechanics of what we call music, and then there’s like… what people do and have done for hundreds of years which is like, enshrine certain eurocentric shit as “correct” and other shit as “incorrect” or whatever…

anyway that’s really an aside

12TET is very very very good. it’s super easy to take it for granted and it’s super easy to want to try out other less common tunings but 12TET is itself weird as fuck and is the basis for jazz and jazz is great. being able to freely modulate - truly free, unplanned modulations - with a minimum of sour notes. it’s beautiful, it’s remarkable. every note is a case-by-case basis, but i can only emphasize that 12TET is a very good way of doing things for a lot of reasons. it’s wonderful for instruments

i do think humans naturally want those purer intervals. it comes out a lot in a capella singing. without instrumental backing to anchor those pitches, we tend to really sharpen those thirds to that more perfect ratio

yah, it’s cool. i’ve used the meme similarly to you before i think. dunno about the origin but to me it works both as mild self deprecation and a defence of simple pleasures

the sequence of ratios thing i actually picked up a long time ago from knowing violin players. a violin’s strings are spaced by fifths (G D A E), so you can tune it by playing two adjacent strings at once and listening for the interference patterns (“beats”), which are an audible wobbling effect produced when two tones alternate between periods of agreement, boosting overall volume, and disagreement, cancelling each other out.

the wobbling effect is most minimal when frequencies are in exact, simple whole number ratios like 3:2, meaning they stay in a kind of lockstep with no long term variation: 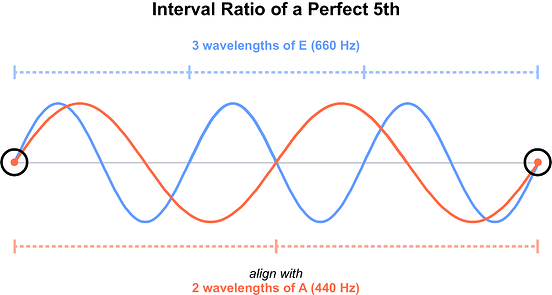 these are the best pictures i could find, hopefully it all makes some sense

The original meme has “brr” being the sound cash being counted makes. The simpleton with no effort makes money while the overthinker fails.

it comes out a lot in a capella singing.

Yeah high-level barbershop is all about this stuff for example

yeah, i have never understood how people can pick out individual notes by ear, since they all kinda float freely in my head and only make sense relative to each other. i’ve gotta assume it takes a lot of rigorous memorisation of certain reference pitches (tuning forks?)

probably haven’t helped myself in this department by listening to loads of DJ sets where records are often sped up to match another’s tempo, or constantly twiddling with pitch knobs when writing my own stuff

i used to sing barbershop so i enjoy those ringing harmonics, only so so on barbershop as a genre tho

‘absolute pitch’ is very much a trained skill, dummies try to say it’s genetic but you hit em with the just intonation vs 12TET discussion and they look foolish

this isn’t super related but since we’re talking about tunings, big fan of tolgahan cogulu and his maqam microtonal guitar music 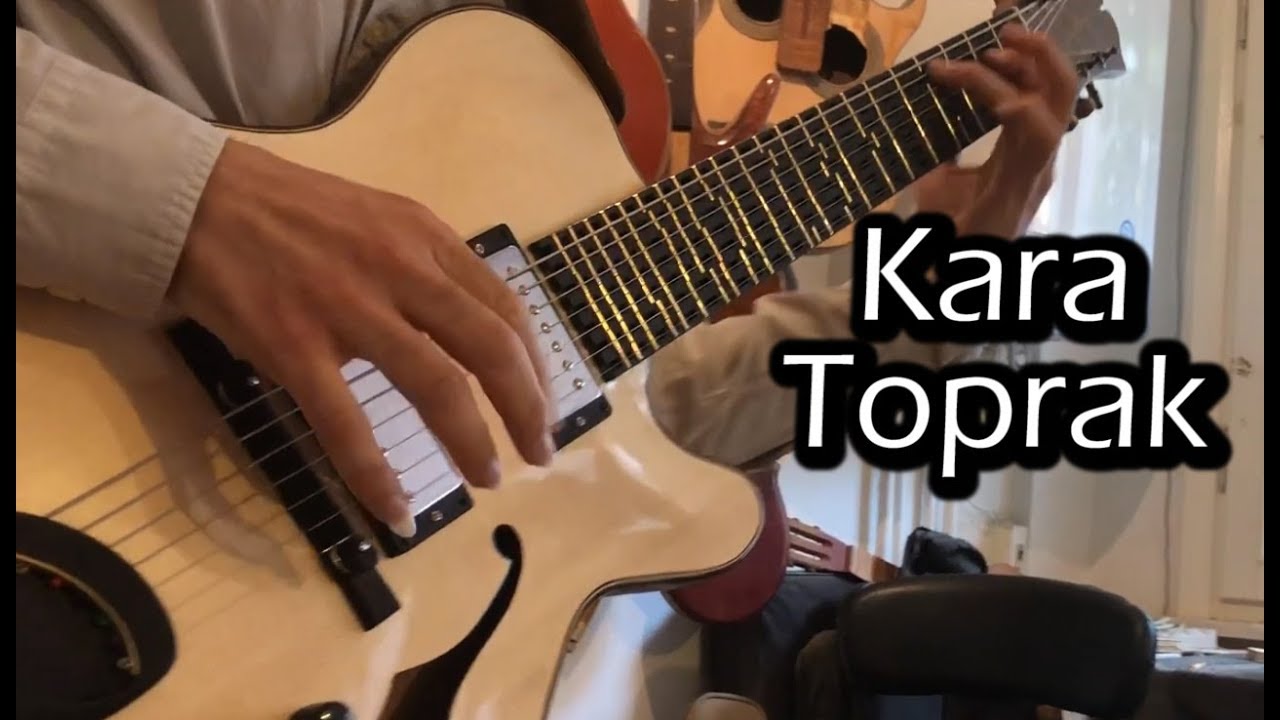 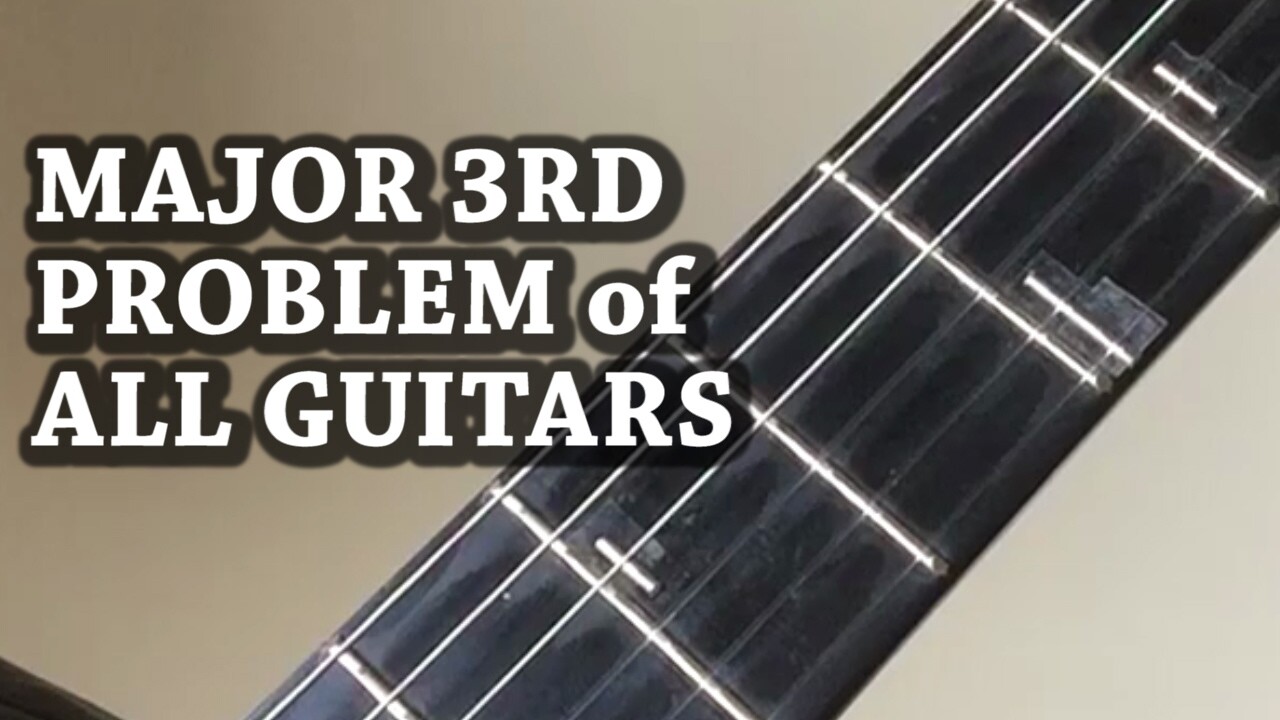 Once I tricked the regional chorus audition panel into thinking I had perfect pitch by tuning off of the hum of the flourescent lights (I forget now what pitch they are, Bb I think?). I never got into regional chorus again after that year lol