I discovered the other night that several Kiyoshi Kurosawa films are free with Amazon Prime, including one I’d wanted to see for years but could never find, Loft. I watched it tonight and liked it, but I was hoping for something as good as Pulse or Cure and it didn’t meet that standard. 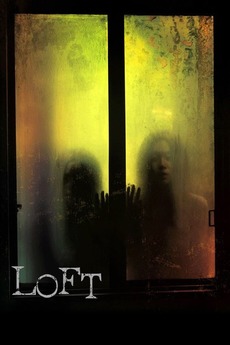 Suffering from writer's block and some curious ailments, Reiko (Nakatani Miki) moves to a countryside villa at her editor's (Nishijima Hidetoshi) beckoning to quietly work on her next novel. Her new environment turns out to be anything but peaceful...

Amazon also has a 2016 Kurosawa film called Creepy that I will probably get around to seeing soon.

I found this one a few months ago at the library, and it was pretty entertaining. The story tries so hard to keep you guessing that I’m not sure it ultimately makes sense. But maybe it does. One of my favorite things in this film was its depiction of rituals with dancing, noise, and bright colors. 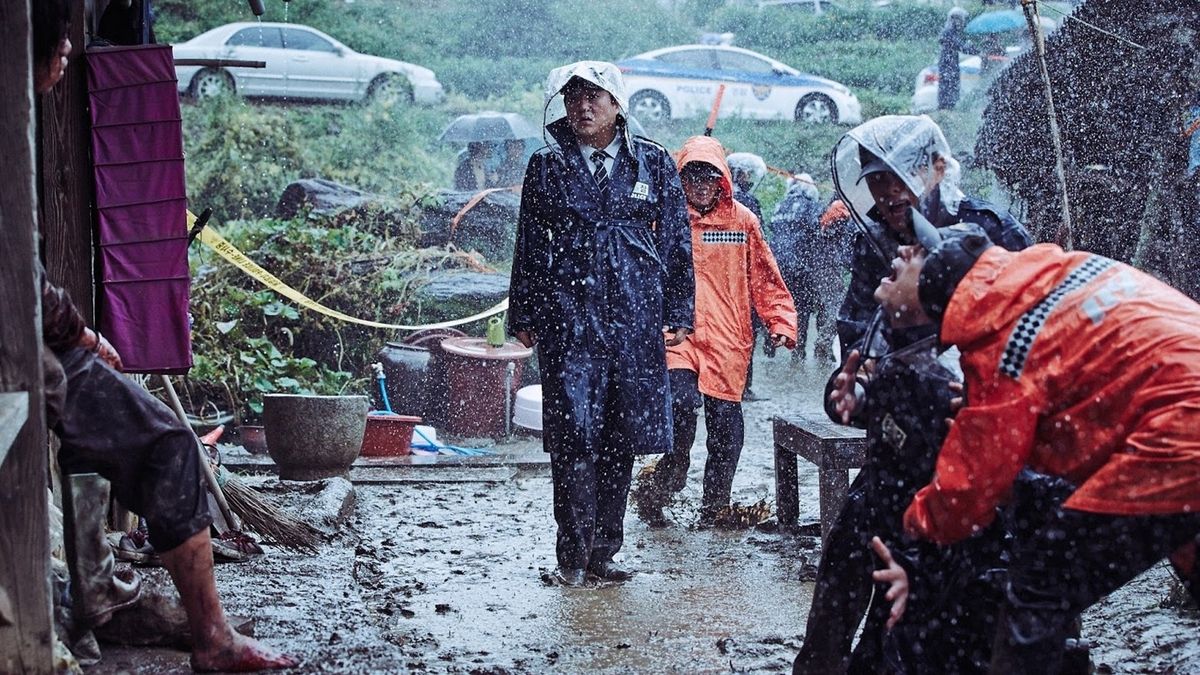 A stranger arrives in a little village and soon after a mysterious sickness starts spreading. A policeman is drawn into the incident and is forced to solve the mystery in order to save his daughter.

I honestly couldn’t sit through The Wailing, I gave up halfway but I don’t remember why. Maybe I should finish it

Eh, probably not. It’s one of those things were I feel like I was missing too much cultural knowledge to understand what was happening. Probably like if you watch The Exorcist without being Catholic, eh? I think you called it before the exorcism scene which is pretty good tho

I stopped early in the director’s previous film, The Yellow Sea, and I have been meaning to get back to that because it’s supposed to be very good, although outside the scope of this thread.

I’ve never seen it tbh. I just think the old joke that it’s only scary to Catholics is really funny.

Yeah but everything’s scary to Catholics.

I honestly couldn’t sit through The Wailing

It’s not one of my very favorites (I listed those in the previous thread that I linked above), but I was glad that I came across it. If I were to choose one Korean horror film to recommend (of those I’ve seen), it would definitely be A Tale of Two Sisters. Like The Wailing, that one can be confusing at first, but unlike The Wailing, it comes together in the end to form a clever story with all of the earlier scenes making sense in context. 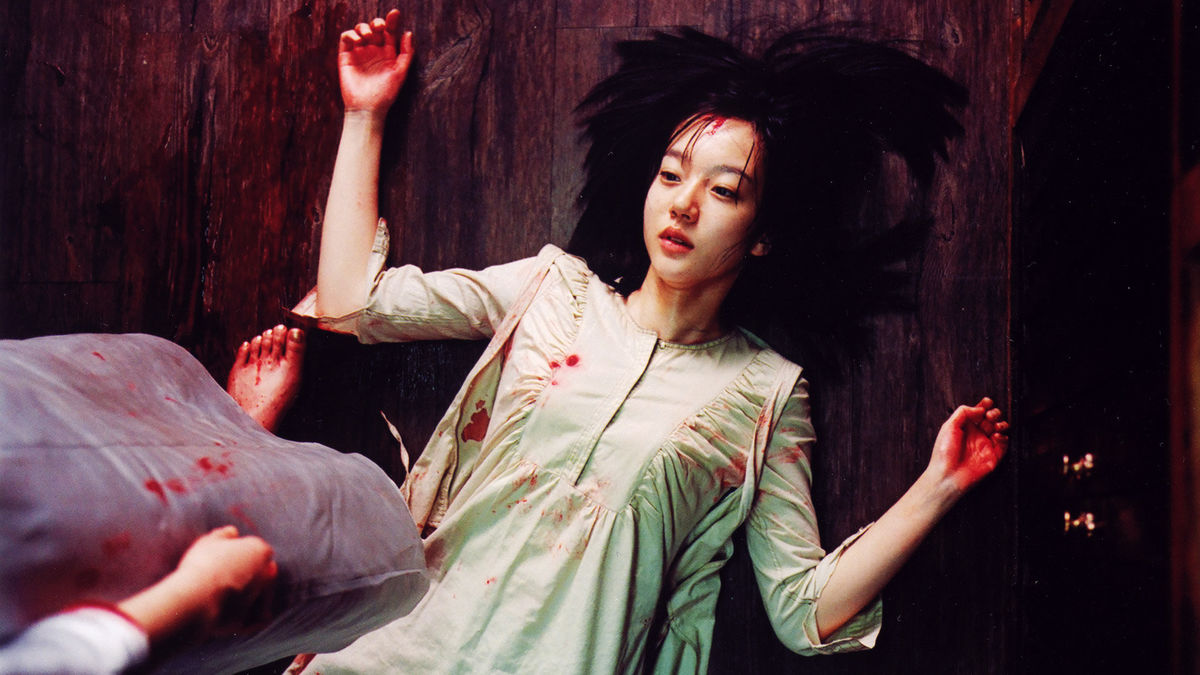 A recently released patient from a mental institution returns home with her sister, only to face disturbing events between her stepmother and the ghosts haunting their house- all of which are connected to a dark past in the family's history.

I’ve always wondered if Asian horror movies were a genre

While there’s some overlap, there do seem to be distinct qualities. I’ve personally seen very few Western horror films. What I like about the Asian ones is the focus on atmosphere and the surreal/supernatural rather than sudden shocks for effect or violence for the sake of violence.

I probably started thinking of Asian horror as a separate category after coming across the Snowblood Apple site years ago. I used that site as a guide to try to guess which ones I might want to see after being introduced to the genre by the remake of The Ring. 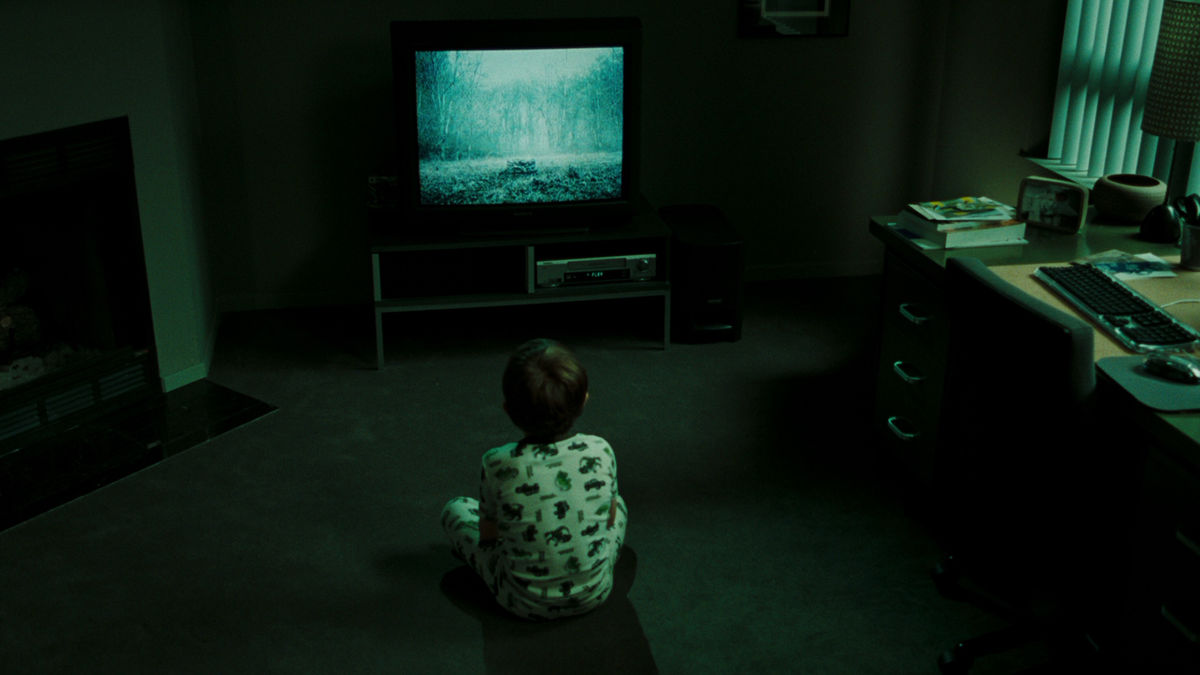 It sounded like just another urban legend: A videotape filled with nightmarish images, leading to a phone call foretelling the viewer's death in exactly seven days. As a newspaper reporter, Rachel Keller was naturally skeptical of the story, until...

I’ve also never seen The Exorcist, though I enjoyed the book (and its sequel).

I used to spend so much time on Snowblood Apple!

I discovered a lot of stuff via Snowblood Apple. I didn’t know it was still around. Pulse was one of those movies, and it remains one of the few movies I still find kind of spooky and unsettling. Unfortunately, I haven’t really liked anything else I’ve seen by that director. Apparently, he also did Sweet Home, which I need to see if I can find with English subtitles somewhere.

I recently got around to re-watching Bio Zombie again, with the dub and the “Engrish” (as the DVD calls it) subtitles that I originally saw the movie with in the early 2000s. Everything about this movie is terrible, but it’s goofy fun and the ridiculous dub helps. Versus, if I recall correctly, had a pretty entertaining dub, too.

I also re-watched A Chinese Ghost Story (which, I’m guessing at this point will never have decent subtitles), and it’s still amazing. You’d think it’d be easy to sell people on a period piece about a debt collector who falls in love with a ghost and eventually fights spirits with a ghost-hunting, rapping Taoist priest, but everybody I’ve suggested it to has been disinterested. Fuck them, I guess.

Sick Nurses is pretty fun despite being a gory, incomprehensible mess. A lot of Freddy Krueger-esque kills based on their personalities and obsessions.

I just rewatched A Chinese Ghost Story too. It’s brilliant! Have you seen any of the sequels or remakes or anything? I recall someone saying 2 was actually good, but I can’t remember if that’s true or not.

Oh if you like that check out the first Zu Warriors movie. I forget what it’s called exactly. It’s got the same great combo of wacky antics and very elaborate special effects

Have you seen any of the sequels or remakes or anything? I recall someone saying 2 was actually good, but I can’t remember if that’s true or not.

I liked 2, but I haven’t seen it since the first I saw it, which was around a decade ago. I remember there was a cool scene where they fought a monster. I haven’t seen the remakes or anything, I think part of what makes the movies appealing was that goofy 80s patina.

Oh if you like that check out the first Zu Warriors movie.

Zu: Warriors from the Magic Mountain, I’m guessing? Apparently, it influenced Big Trouble in Little China, so I’ll have to check it out. Also, the 2001 movie has demons called “Amnesia” and “Insomnia”. If I were a Sailor Moon villain, I’d want to be called Insomnia.

Uzumaki has stood as my favorite for a very long time. It’s about a village where people begin to become obsessed with spirals.

I finally got around to seeing Uzumaki the other night. I’m not sure why it took me so long, since the comic has been a favorite of mine for many years. I think I had the impression that it might be too silly and the effects too cheap-looking. But I liked it.

Although I was familiar with the story and knew what to expect, the playful filming and editing almost made me forget that it was a horror film at times. I think this might have even helped make the gory scenes a little more shocking.

That new black and white animated Uzumaki adaptation is supposed to be coming out this year. I hope it’s good.

I think my all-time favorite vengeful ghost scene is the part in Kiyoshi Kurosawa’s Retribution that takes place outside by a chain link fence. (Embed disabled to avoid spoilers.)

A detective investigates a series of murders. A possible serial killer might be on a rampage, since they all are in the same vicinity and by the same method, but as the evidence points toward the detective as the prime suspect, a ghost in red follows...

a tale of two sisters is such a good movie. i’m glad it was mentioned. whispering corridors ii is still one of my favorite horror movies but that might because it’s a sapphic love story too. if anyone wants to watch it i can send it to you. i’m pretty sure i have it on mega or something

The ghost of a lesbian high-school girl takes revenge on the people who used to bully her. And another young girl finds her old diary detailing her love and rejection when she was alive.

I just watched Fatal Frame. It has creepy moments, nice atmosphere, and some beautiful scenes, but it often feels a little paint-by-number and never really gets scary the way the video games do.

I liked it, though, and it joins the ranks of movies based on video games that are actually decent. 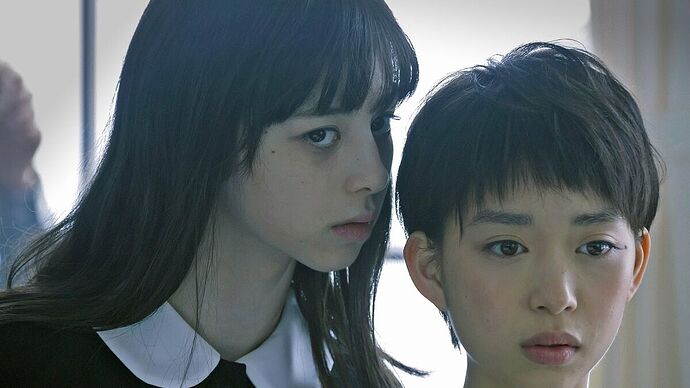 High school student Aya Tsukimori becomes cursed and is unable to leave her school dormitory. Meanwhile, many students begin reporting ghost sightings at the school, while others go missing and are later discovered to have drowned mysteriously. Soon,...

And by the ranks, I mean the only other good movie based on a video game I’ve ever seen, Detention. That one follows its source material a lot more closely than Fatal Frame. 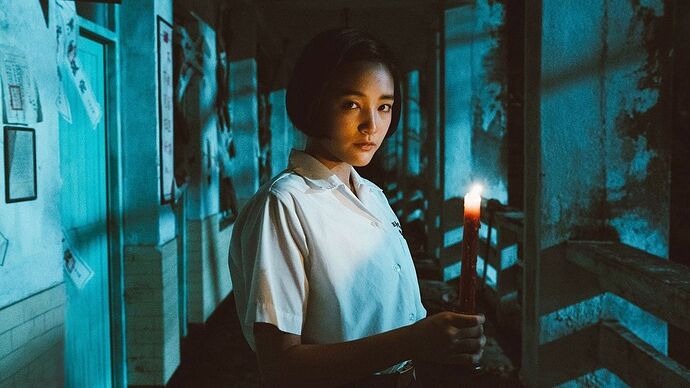 Set in Taiwan during the 'White Terror' period of martial law, a high school girl who awakens in an empty school, only to find that her entire community has been abandoned except for one other student. Soon they realize that they have entered a realm...