Kicking off with a big time propaganda revival.

Six Days in Fallujah is a first-person tactical military shooter that recreates true stories of Marines, Soldiers, and Iraqi civilians who fought Al Qaeda during the toughest urban battle since 1968.

Lead a fireteam through accurately recreated encounters from the real battle, built with technology that brings you closer to the uncertainty and tactics of real combat than any other game has explored until now.

the toughest urban battle since 1968.

Yep. New studio picked it up and decided to run with it.

Whole thing’s gonna reek every bit as bad as the white phosphorous artillery the U.S. poured into the city.

Just when I think I can’t be shocked any more

so many ex bungie people working on this!!!

i started laughing when the guys in the video were basically like describing fallujah like legends of the hidden temple, getting lured into empty rooms and shot thru the walls by people much smarter than them. remember kids, this is a SURVIVAL HORROR game. as if thats the scary part and not everyone u know getting poisoned for decades by all the fucking depleted uranium munitions they were using all over the city or guys kicking in your door assuming youre hidjng in the bathtub like a terrorist in a videogame and probably shooting you on sight. the fucking halo reach music at the end of the video lol. i hope the va takes away all these guys benefits like they did to my best friends sister who didnt do war crimes and got blown up anyway

Gonna stream the hell out of this war crimes simulator

Making A Game Out Of Today's War

The video game industry was about to get its first major game based on a current military action, only to have publisher Konami pull the plug. What’s wrong with releasing a realistic war video game?

kotaku is absolutely abysmal for a million reasons but this article fron 2009 has been living in my head. just a pile of quotes that were sour and hsve aged poorly every day since.

ahah. but if we don’t make propaganda for a fascist death machine then how will we legitimise videogames as a medium??
the company making the new one is doing the same shit! https://www.sixdays.com/why

When we originally announced Six Days in Fallujah in 2009, we learned that some people believe video games shouldn’t tackle real-life events. To these people, video games seem more like toys than a medium capable of communicating something insightful.

Perhaps now, more than ever, the best way to understand what’s actually true is by experiencing reality – for ourselves.

a lot to think about with this one

sorry, per their website “you’ll never play as an insurgent during the single-player campaign, or in a multiplayer recreation of an actual event” but you WILL get to experience “high-intensity stealth missions in which you play as an un-armed Iraqi civilian.” empathy games!!

From the Hong Kong Massacre devs. 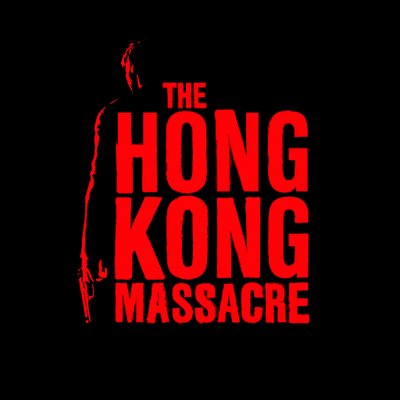 Looks like we are going with slow-motion and guns for the next game as well. Here is a clip from it: #screenshotsaturday #madewithunreal #indiegame https://t.co/5izOCoBCnL

Spent the day prototyping door destructions. They are quite explosive now but doors should always be explosive 👍 #madewithunreal #indiedev #realtimevfx https://t.co/HMggdnPhod

In THKM we had exactly zero explosions, for our next project we aim to add a lot to that number. #madewithunreal #indiedev #realtimevfx https://t.co/PHZxGR2h9W
2 Likes
Father.Torque February 15, 2021, 9:28pm #15