I mean the waffle house has a button that lets you make infinite chairs, and another that makes infinite plates

The creator has a genuine fondness for wafflehouse but definitely an irreverence too.

I mean I can’t hate this. In 2022 when going places is still dangerous, where public space increasingly just plain doesn’t exist, this feels like something a little bit more than nostolgia. All the biggest worlds are stuff like bars and other chill hangout zones, like the tree house we went to, and the stuff like Kmart has a fanbase but is a bit more boutique.

I do put a lot of meme-ey kinda places in this thread because they’re the easiest to convey, the weird shaders, carnival games, and the just plain pretty vibe places don’t always come through in screens but a wafflehouse does? 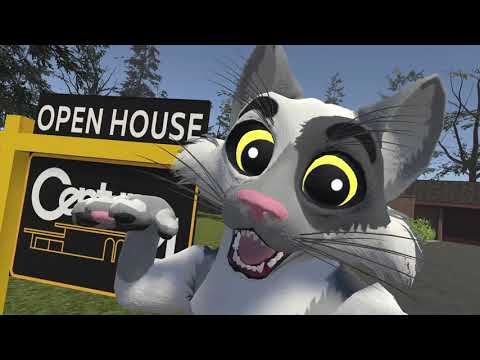 There is some CONTROVERSY BREWING around VRChat at the moment. Some stuff I feel uh, super mixed about? It’s not important to get into, I’m still using VRChat and it’s my virtual world thing of choice. BUT a number of folks I know of are checking out a couple of other things. One is Neos which um…that’s way too complicated to get into right now but there’s a big debate about if the folks who run it are into crypto or not.

The other is Chillout VR which is…just a clone of VR chat that’s better in key ways except for all the ways it’s worse.

VR Chat is still the best one for me, so…I’m still using it for most of my actual hangouts when I can.

Look, the point is I’m messing with other stuff too, and since my avatar is basically just a rigged model I bought off gumroad, she can go on the road with me as I check stuff out

Which in this case was Cafe Leblanc from Persona 5 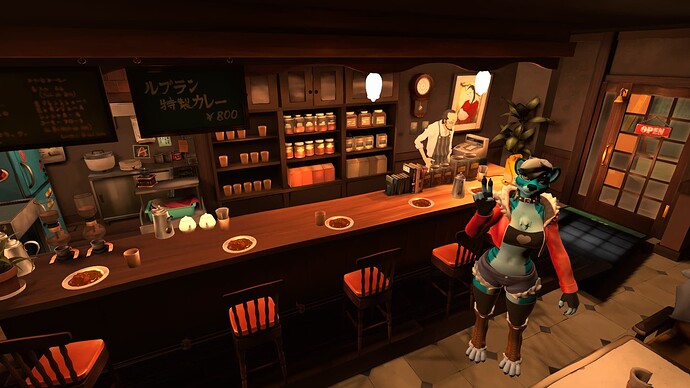 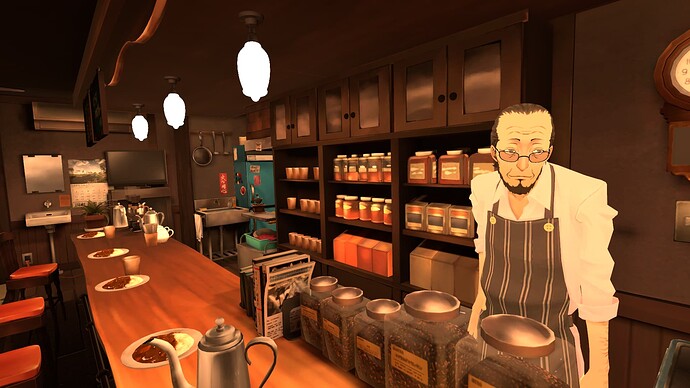 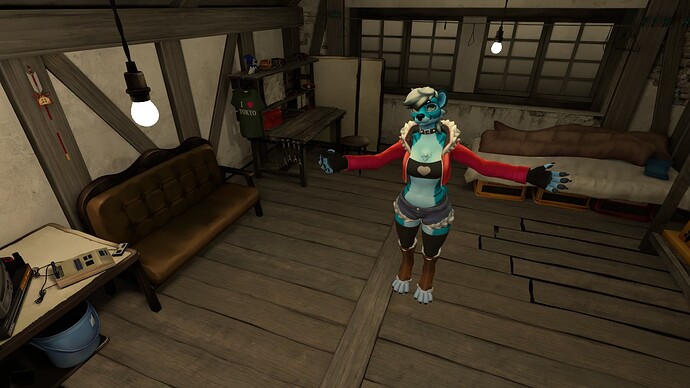 Im enjoying following along with the digital tour photos in this thread. I don’t think I fully appreciated the scope of worlds people have created in VR chat before, in terms of the extra shader and scripting work ontop of all the custom models. Theres something really compelling about the cobbled together nature of it, especially the idea of people working on their own avatars and features to bring to these spaces.

I worked up the courage to explore VR chat exactly once several years ago, my less than an hours experience was half being yelled at by actual children (terrifying) half singing along with a kind gent from colombia who was practicing (real) guitar (virtually). I think thats generally the duality of encouters on the platform.

Ive often thought about going back, but I feel the exactly same social anxiety with virtual spaces as real ones so I havent found motivation to try it again since.

I’d really love to take some curious SB people on a curated SB only VR crawl sometime. So just folks from here exploring some places curated by the SB folks to explore casually.

I think it would be a lot of fun!

That does sound lovely, if you put together a tour I would dust my headset off for it. Im sure others would be interested, exploring the best of these spaces as a group seems like a really fun way to experience the game

The trick with VR chat is that vr chat is the worst way to find people to vr chat with. It’s a lot better to find friends, or find private discords that curate events. It’s why I’ve gotten into it in a big way lately, because it’s essentially an infinite theme park except most of it is relaxing instead of overwhelming.

Thats the thing about going at it yourself! Its overwhelming to be teleported into a new world and not know if theres already people there, if youre interrupting or intruding on something, and some of the more crowded worlds really did feel like themepark with how loud and chaotic they were. In my limited experience there were some really nice randos but a lot of people were also terrible

I did a bit of racing in VR on my quest 2 over the weekend.

In the Steam VR app, I saw two public rooms, so I jumped in one to check it out.

I was in the living room of The Simpsons. There were children giggling hysterically in my ears and a lot of “Morbius!!” being yelled for some reason. One of the most terrifying experiences of my life.

I’m not doing as big of image dumps for these because I’m kinda getting to the point I’m keeping stuff in a folder for the SB guided tour of VRchat. But I do want to keep this thread active so: 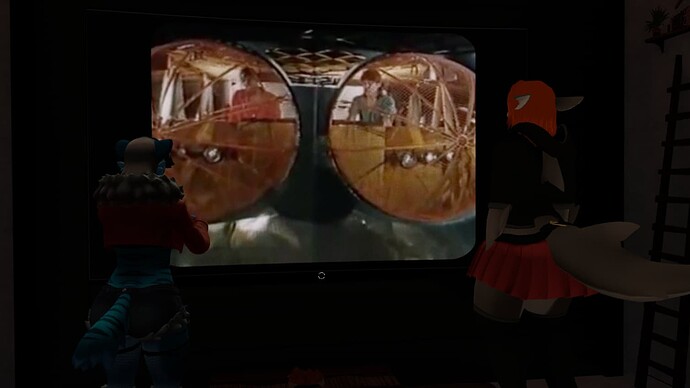 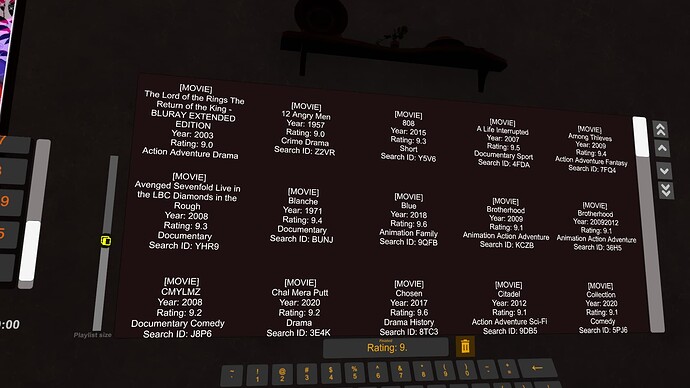 The experience of being in an immersive enviroment watching a movie with a friend totally works. Here I am accompanied by my good friend who y’all may know as Orlando from FFXIV enjoying a documentary on a fictional Italian popstar and the man who gave him his voice, Dons of Disco, which started seemingly on accident after watching a donald duck cartoon.

But you could also like, watch Crimes of the Future and Nope on here. And ‘the new minions movie’ as one enthusiastic catboy (not pictured) told me.

I also checked out The Pact and Cthonia which are both on the list of ‘places I wanna drag folks to’ so only a few of each but these worlds were creepy and weird and very, very, dreamy 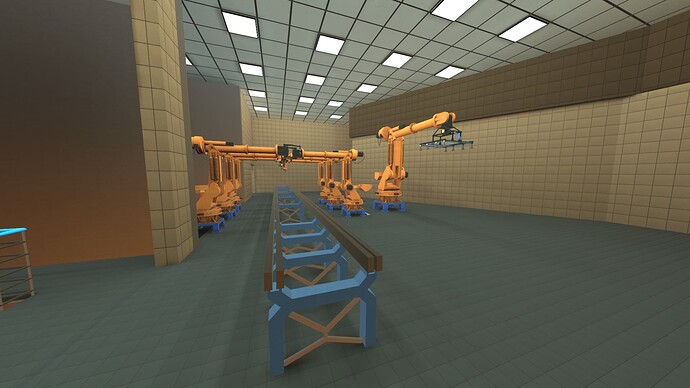 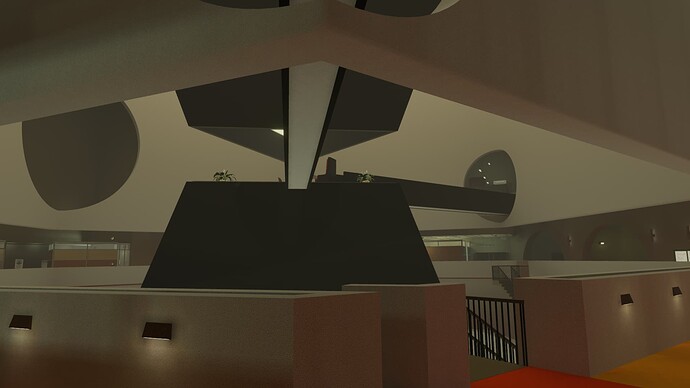 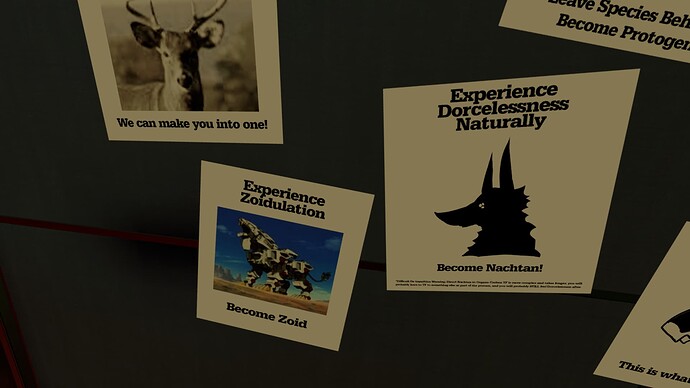 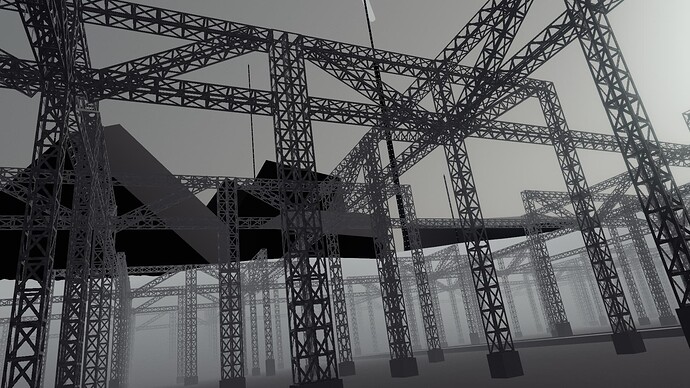 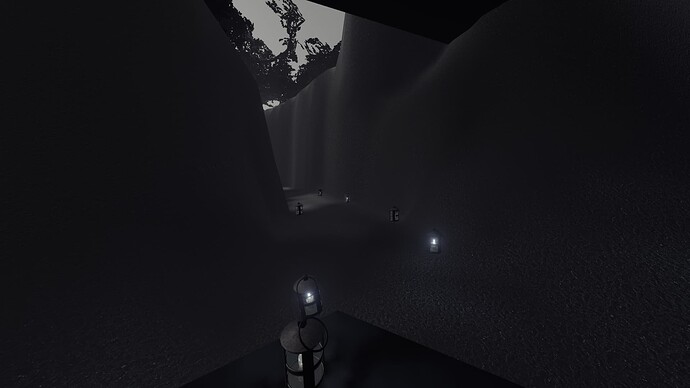 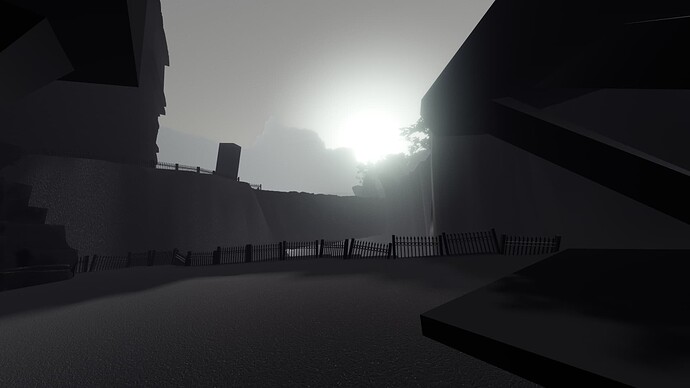 Anyway after talking to @VastleCania we are definitely going to take folks on an SB tour in world and on stream (simultaneously?) soon. If you want in on that please
let me know so I can start figuring out all the logistics.

I’d be up for joining. Is there a maximum lobby size/player count?

Depends on the world but realistically no. I’d be shocked if we had more than a dozen in world and that’s the most common cutoff,

Hell I’m not sure there is a cutoff for private instances.

I’m in for sure

I will definitely join in VR.

I’m down too, maybe I’ll get a headset soon. But you can join without one, right?